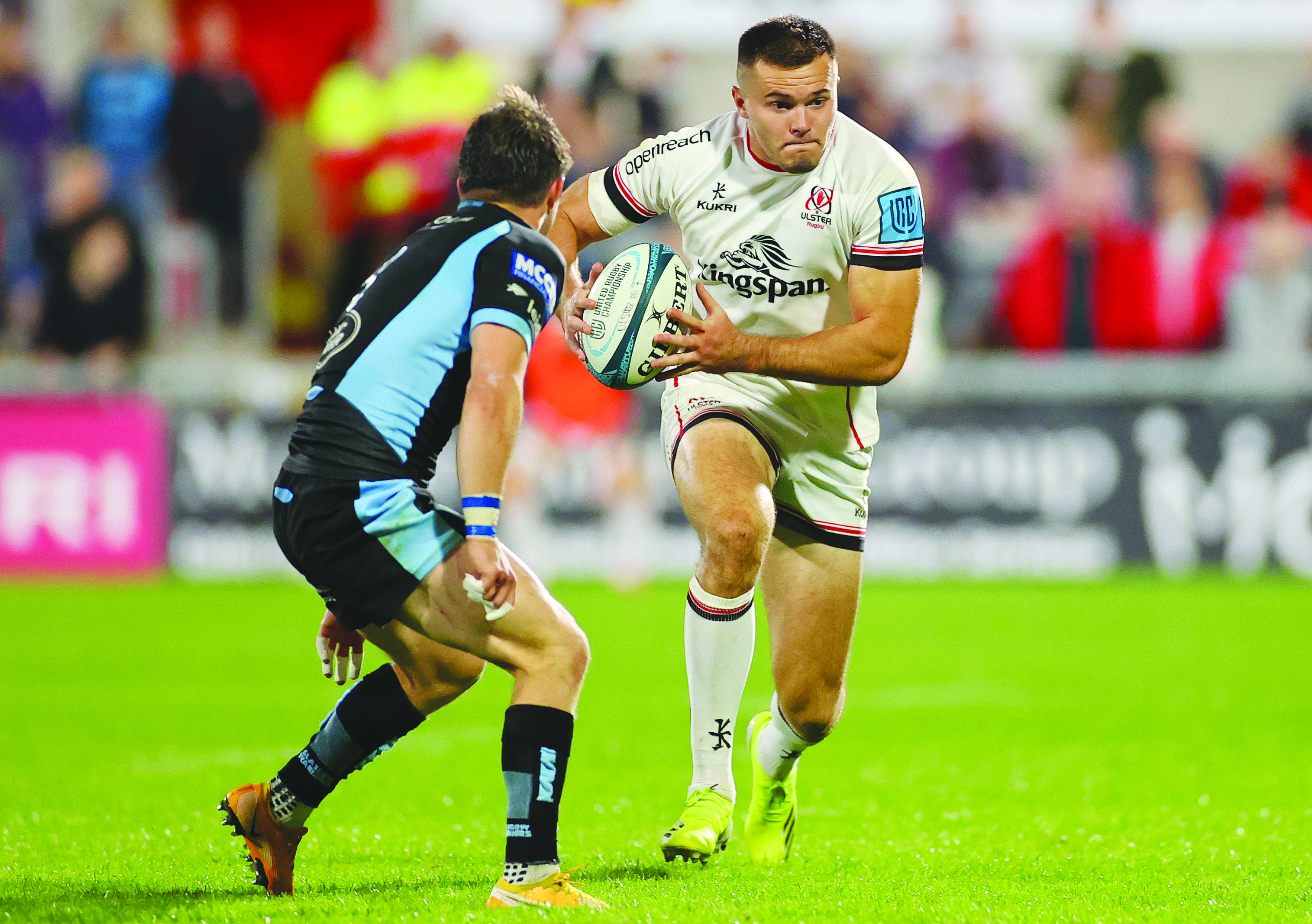 European Champions Cup Pool A
Ulster v Clermont (Kingspan Stadium, Saturday, 5.30pm, live on BT Sport)
WITH their place in the knockout stage of the European Champions Cup already assured, the question for Ulster is whether they can round off their pool fixtures with a 100 per cent record when they host Clermont Auvergne on Saturday (5.30pm, live on BT Sport).

The higher the finish at the group stage, the higher the seed for the two-leg last 16 stage and Ulster currently sit I second place in Pool A, so there is still much to play for against the Top 14 outfit who they defeated away from home last month.

There have also been home and away wins of Northampton Saints, with last weekend’s 24-20 victory at Franklin’s Gardens ensuring they advanced with a game to spare, but completing the sweep over Clermont would suggest another big step in the right direction.

“In the big games you need to perform,” stressed forwards coach, Roddy Grant.

“So far in Europe we have done well: Clermont away, Northampton away and beating Northampton at home; Leinster away (in the League) - we have had some good results.

“The easy thing is to keep reminding yourself about (defeats to) Munster away, Ospreys away, but we need to just keep striving for consistency and that’s what all the great teams do.

“We want to be a top team, so we’re no different. It’s a great opportunity and we can see if we are at the end of it, but time will tell.”

If the group stage was to end now, Ulster would be paired with the seventh-placed team in Pool B that is none other than defending champions Toulouse.

That would be a daunting test, but there is a lot of rugby to be played to determine the final standings and the subsequent pairings for the last 16 and Grant insists such permutations couldn’t be further from anyone’s mind around the Kingspan Stadium.

“You’ve got to play your game and see what happens,” he countered.

“Whoever you get is what you get. We’re not going to play (in Europe) for a number of weeks and then we have Scarlets next (in the league) so you don’t have time to dwell on it.

“We haven’t spoken about it as coaches, but personally, it doesn’t matter who we play next. They’re all good teams and you’ve got to play them at some stage.

“We’ll just make sure we win our game at the weekend and give ourselves the best shot. C’est la vie - we get who we get.”

The only focus is on this weekend and attempting to back up that opening round victory at Clermont, but the opposition have a lot more on the line as a defeat could see the French outfit drop into the Challenge Cup.

That defeat to Ulster plays a big part in that scenario, but so too does their planned game against Sale postponed due to Covid and subsequently cancelled and declared a draw, meaning they banked just two out of a possible five points that has left them in must-win territory this week.

On paper, there is a lot more on the line for the visitors, but Ulster will not be short on motivation as they seek to get consistency in performance and results.

“The easy thing we can rely on as coaches and as a group is that it’s a big game with a lot on the line,” said Grant.

“It’s a home game against a French team. We beat them away so we know they’ll be coming really hard, but equally, we played well last week against Northampton, so we can have that confidence.

“We should be I a position where we can say: ‘lets go again’. It’s always a question whether we can back it up, but we’ll see after the game.”

Last Sunday’s win over Northampton was made a little more special by the displays of some of the younger members of the squad with Robert Baloucoune and Nathan Doak touching down, while Michael Lowry had to tries to his name in a man-of-the-match performance with Grant thrilled for the full-back in particular who was included in Ireland’s Six Nations squad this week: “It’s really great to see someone with real talent utilise it and then get the rewards from it.

"He’s a great guy, Mikey: really enthusiastic, really professional and really cares about his game and the team. You almost root more for those guys when it’s going well for them and then they’re so young. It’s great that young players get a taste of playing well.”

However, it was not all good news this week as it was announced on Monday that Jabob Stockdale is likely to miss the rest of the season having undergone surgery on an ankle injury that has plagued him since the opening game of the season against Glasgow.

Grant has back the 25-year-old to bounce back but acknowledges it is a huge disappointment for all at the club and the Ireland International in particular.

“It’s disappointing for everyone in the organisation,” he admitted.

“It’s never nice for guys having setbacks and knocks, but there are plenty of pro rugby players who have had that. Hopefully he gets back quickly. It’s never nice when guys are injured, but he will get through it.”