EYE ON THE PAST – January 1981: Bernadette McAliskey seriously ill after assassination attempt 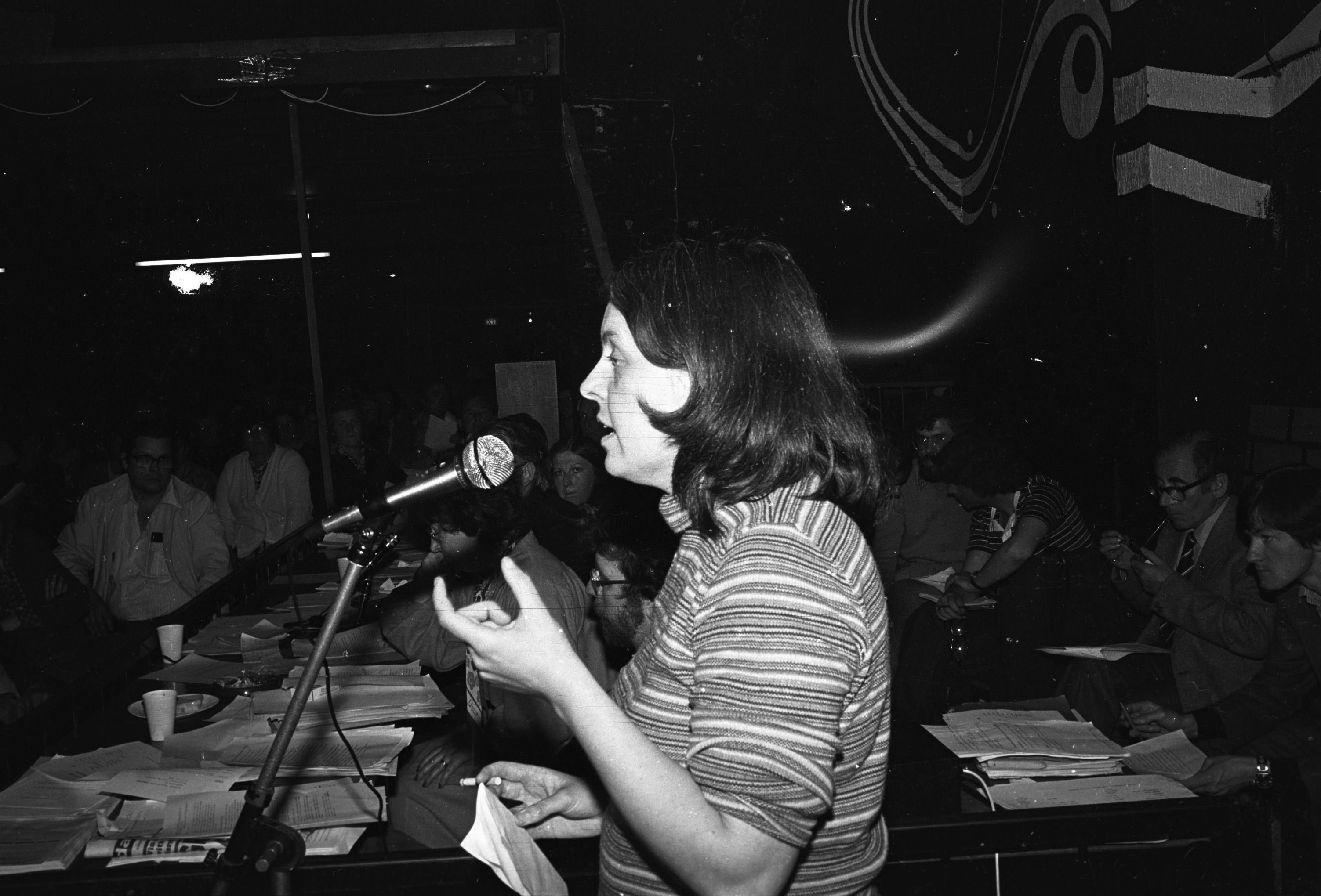 AS Bernadette McAliskey lies still seriously ill in the Royal Victoria Hospital, telegrams and tributes have been pouring in from well-wishers from all over the world.

Sources within the Post Office told Andersonstown News that ‘literally thousands’ of telegrams and other correspondence have been received since last Friday.

“There seems to be no end to them,” said one man.

It now appears that Mrs McAliskey was shot in the head, something that hadn’t been publicised until now. Apparently, the bullet entered her head behind the ear, missing the skull, and travelled downwards through her neck and lung and exited through her hip. It was thought at first that she had been shot in the hip.

A spokesperson for the National H-Block Committee said that Bernadette is very weak, and although she has managed to write one or two notes to her family, she still can’t speak as her tongue is clamped to enable doctors to drain fluid off her lungs.

Her husband Michael, who was shot seven times, is believed to be progressing steadily in Musgrave Park Hospital.

Many floral tributes to the McAliskeys have been received at both hospitals, and well-wishers are being urged to add their own tributes.

JUST how vulnerable are those people who take an open, courageous stand on matters effecting the future of this country and the welfare of its people, was demonstrated last week by the murder attempt on Bernadette and Michael McAliskey.

John Turnley, Miriam Daly, Ronnie Bunting and Noel Little have all fallen victims of the assassins, and as we write this, Bernadette McAliskey is still seriously ill. We hope and pray that she and her husband will make a full recovery. Go gcuidi Dia leo.

It has been suggested by the London Sunday Times, among others, that the assassins may have had the assistance of ‘dissident members of the security forces’. We would dispute the use of the word ‘dissident’.

There is no doubt that members of the same ‘security forces’ have been involved in the murder of Irish nationalists and of their leaders in the past, both recent and distant. A speaker on an RTÉ programme this week said that the attempts on the lives of leading nationalists seem to be part of a well-planned and carefully thought-out campaign; and he pointed out that this has been the ‘solution’ of the Irish ‘problem’ favoured by Britain since as far back as her involvement in Ireland goes – ‘take out’ the leaders.

He mentioned the Flight of the Earls, 1798, Robert Emmett, the Fenians and 1916. The ‘solution’ has always been a temporary one – something that the British haven’t yet learned.

Bernadette McAliskey made no bones about where she stood on the important issues which face our people today, as in the past. Can we appeal to other public people to do the same? Will they stop making half-hearted wishy-washy statements and spell out clearly what is needed in this country if we are to achieve peace, justice and prosperity in Ireland?

That’s the permanent solution we all want to see – and we’ll never see it if our public representatives don’t stand firm – as Bernadette McAliskey does.

Up goes Irish  in Twinbrook

The erection of Irish street names in the Twinbrook estate is now well underway and the organisers are more than satisfied with the progress so far.

Organised by the local Cumann Gaelach, the campaign has received the overwhelming support of all the people of the estate, who contributed very generously to defray the considerable costs involved in the manufacture of the new plates.

The organisers were determined from the very start that the new Irish name plates would be every bit as attractive as the English plates, and that they be erected in a way that didn’t obscure them.

“We have some beautiful names in this estate when translated into Irish,” said a Cumann Gaelach spokesman, “and as Irish is the common heritage of all the people here, no matter what religion or political persuasion, we think it will add greatly to the general atmosphere of the estate.”