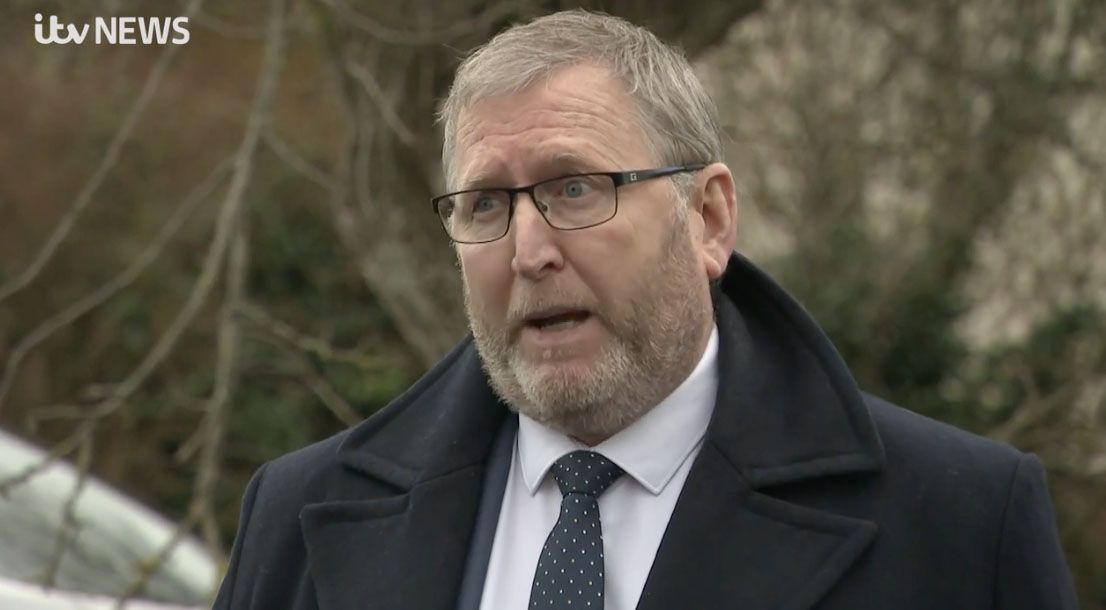 MEETING: At a press conference on Monday, Doug Beattie said he would defend his integrity

THOSE of us interested in politics need to keep reminding ourselves that not everybody shares that interest. On an everyday basis, the majority of people don’t.  And even when you are interested, there’s a terrible temptation to go for Politics 101: the simplified version, where the lines are clear and good guys wear white hats and bad guys black hats.

Take the Ukraine. (And please don’t say, ‘Like Putin is doing.’ Virginia.)  Here we have Russia, a vastly stronger country, interfering in the politics of a neighbouring country – not just interfering, but sending in tanks and missiles to blast the Ukrainians into submission. Much has been made of a ‘rambling’ speech by Putin, and there are those who have called him mad. Others have called him Hitler with nuclear weapons. Certainly, to look at his actions suggests a duplicitous and cruel man. Even looking at that oddly blank face is unnerving. But when you saw those huge clouds of black smoke on the news, as you heard the boom of explosives, did it remind you of anything? It did me.

It had many of the features of the invasion of Iraq, of Syria, of Afghanistan. And is it possible that Putin plans to take down the Ukrainian government and install a puppet government amenable to his will?  Probably. But the practice of regime change, whether in South America or the Middle East, isn’t something that only Russian tyrants do.

We all know that the US and the UK have no hesitation in enforcing regime change when they deem it necessary. The pity is that the UN Secretary General hasn’t been nearly as loud in his condemnations when it’s the West that’s involved, as it is now that Russia is involved. And in exchange for German reunification, the US Secretary of State James Baker promised Gorbachev that there would be no eastward expansion of Nato.

I’m not saying Putin shouldn’t be stopped. I am saying we need to check how black our own pot is before shouting about other people’s kettles. But international crises do serve one useful function: they draw attention away from domestic politics. To take a local example: hands up if you gave Doug Beattie’s tweets sustained thought over the past week? Or Boris Johnson’s 24/7 round of parties in No.10? There’s nothing like an enemy at the gate to stop us thinking about an enemy within.

Staying at the local level, Jeffrey Donaldson, like Arlene Foster, defected to the DUP from the UUP. Arlene has since dropped out of politics but Jeffrey remains within the fold of the DUP. Or did he consider sneaking back to the UUP?

Both Doug Beattie and Jeffrey Donaldson concede that an offer was made to Jeffrey in the wake of his defeat in the DUP leadership race by Edwin Poots. The way Jeffrey tells it, they asked him to defect and he politely told them ‘No’. But did he need to have a secret meeting in a British army barracks to send that short message? And Beattie claims Donaldson is down-playing the meeting. What’s more he has evidence to the contrary.

People who know Jeffrey Donaldson are loud in their praise for his courtesy and calmness. Which would place him firmly in the white-hat category. But when you remember how he defected from the UUP, and how, by all accounts, the in-fighting within the DUP was as fierce as it was, could you blame him if he went looking for a party that’d maybe see things his way?

As in life so in politics, local and international: black hats and white hats are hard to find; polka-dot ones are everywhere.