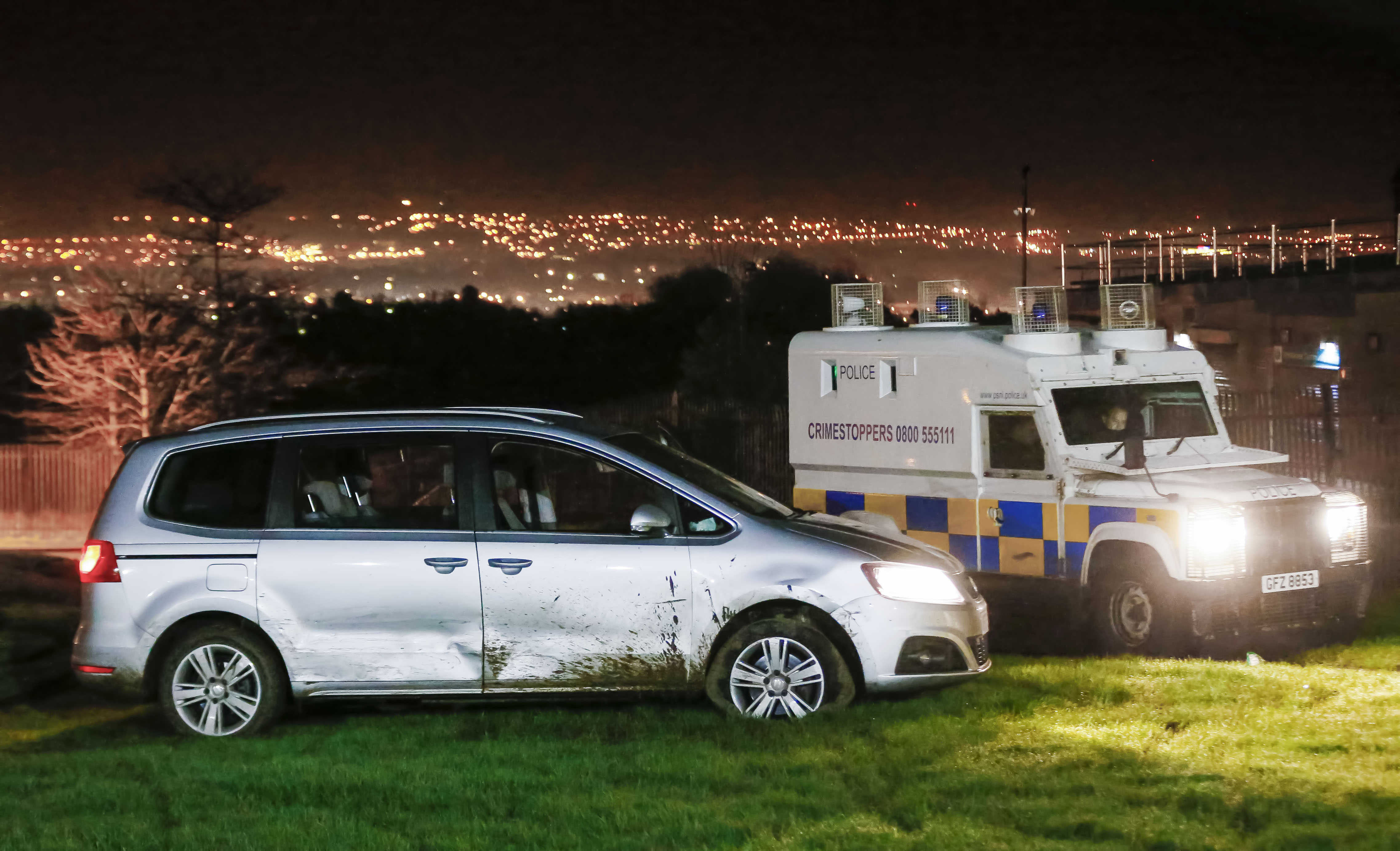 FOUR police officers were injured and a woman targeted by hijackers was left badly shaken after a weekend of car crime in West Belfast.

The officers were in two police vehicles rammed by a silver Seat Alhambra in the Whiterock area in the early hours of Saturday morning. Earlier, police spotted the vehicle after it had been stolen from a Dunmurry home in a creeper burglary.

Officers pursued the vehicle, which crashed into two police vehicles before coming two a stop in Whiterock Close. Two occupants of the car made off but officers guided by a police helicopter arrested two suspects a short time later.

The two will appear before Belfast Magistrates Court later today charged with six counts of aggravated vehicle taking. The older teenager is also charged with driving while disqualified and without insurance.

Meanwhile, a woman sitting in her car in Glasvey Rise in the Twinbrook estate was hijacked by four men at around 10.50pm on Saturday evening.

The victim, who’s in her 30s, was in a blue Honda Accord when three men rushed into the back of the car. Another man opened the driver’s door and ordered the woman out before driving off.

“Earlier today I was informed of a terrible carjacking incident that occurred last night at the Glasvey Rise area of Dunmurry,” he said. “The victim had three men enter into the back of her car before a fourth forcefully removed her from it. It is a deeply unsettling crime and reminds us that we must remain vigilant even when taking simple journeys. I urge drivers to ensure their vehicles are as secure are possible before all travel and to report any suspicious activity should they come across it.”

Police are appealing for anyone who saw the incident or who has seen the Honda – registration TUI 6149 – to contact Lisburn detectives on 101.