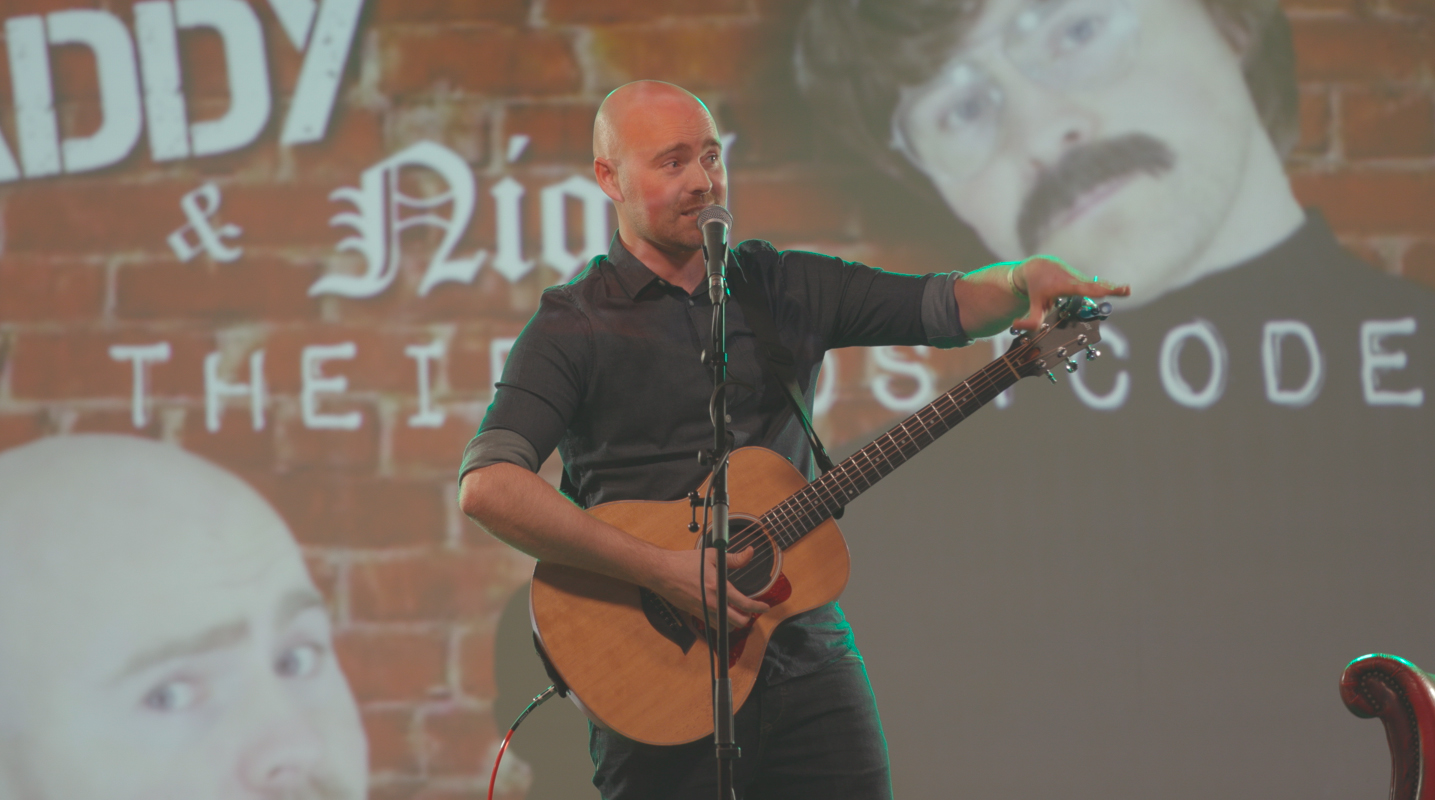 West Belfast comedian Paddy Raff is looking forward to reaching out to his biggest audience to date when his pilot TV show goes out on the BBC tonight.

Paddy is fast becoming a social media sensation with his hilarious observations on Belfast life. His meteoric rise over the past 18 months has seen the Brooke man play to sell-out shows and his unique comedy has been shared thousands of times across social media platforms as audiences of all ages recognise many of the loveable characters within their own social circles.

In a new comedy show for BBC One Northern Ireland tonight, Friday, Paddy’s sketches and characters are brought together in a half hour programme.

The show, a pilot commissioned during lockdown, is written and performed by Paddy Raff as he films his own sketches at home, bottling his unique and amusing observations of his family life and trying to deal with the ‘new normal’.

These self-shot skits are blended with comical character sketches, where Paddy dons a wig to morph into favourites introduced to audiences at his recent sell-out stand-up shows, such as ‘Nigel’ the snobby social butterfly and his friends the ‘Bravo-Tango Niners’ in Belfast’s most affluent postcode. ‘Father Pat’ the techno music loving priest who is on an interactive mission to rave as well as to save his secular congregation, and there’s ‘Granny Raff’ a salty senior citizen with a sharp tongue but a heart of gold. Plus, there’s comedy parody songs and Paddy’s usual sharp witted observations of life in Belfast.

Speaking ahead of his televisual debut – and as news broke about his first Dublin show at Liberty Hall next March – Paddy said he and his family are “really excited” at sharing his work and comedic creations with a TV audience.

“The pilot going out will include sketches that I’ve been working on throughout lockdown, a lot more polished going up to TV standard.

“I’m working with a BAFTA nominated director and a BAFTA winning graphics guy and stuff like that, it’s kind’ve like what I have been saying in that BBC were taking what I was doing on social media and putting it on the TV.

“It’s a series of sketches and it features me, Fr Pat, Granny Raff and Nigel; there are a couple of extra characters who may or may not return, it’s just a pilot at the minute,” he said.

“I’m excited about it. You’re accessing an audience who may not be online and who hasn’t seen this stuff, you think everyone is online these days and that isn’t always the case. I’m excited to reach probably the biggest audience potentially that I’ve ever had a chance to, I’ve worked so hard on it, it’s something to be proud of, we’re definitely excited and a bit nervous.”