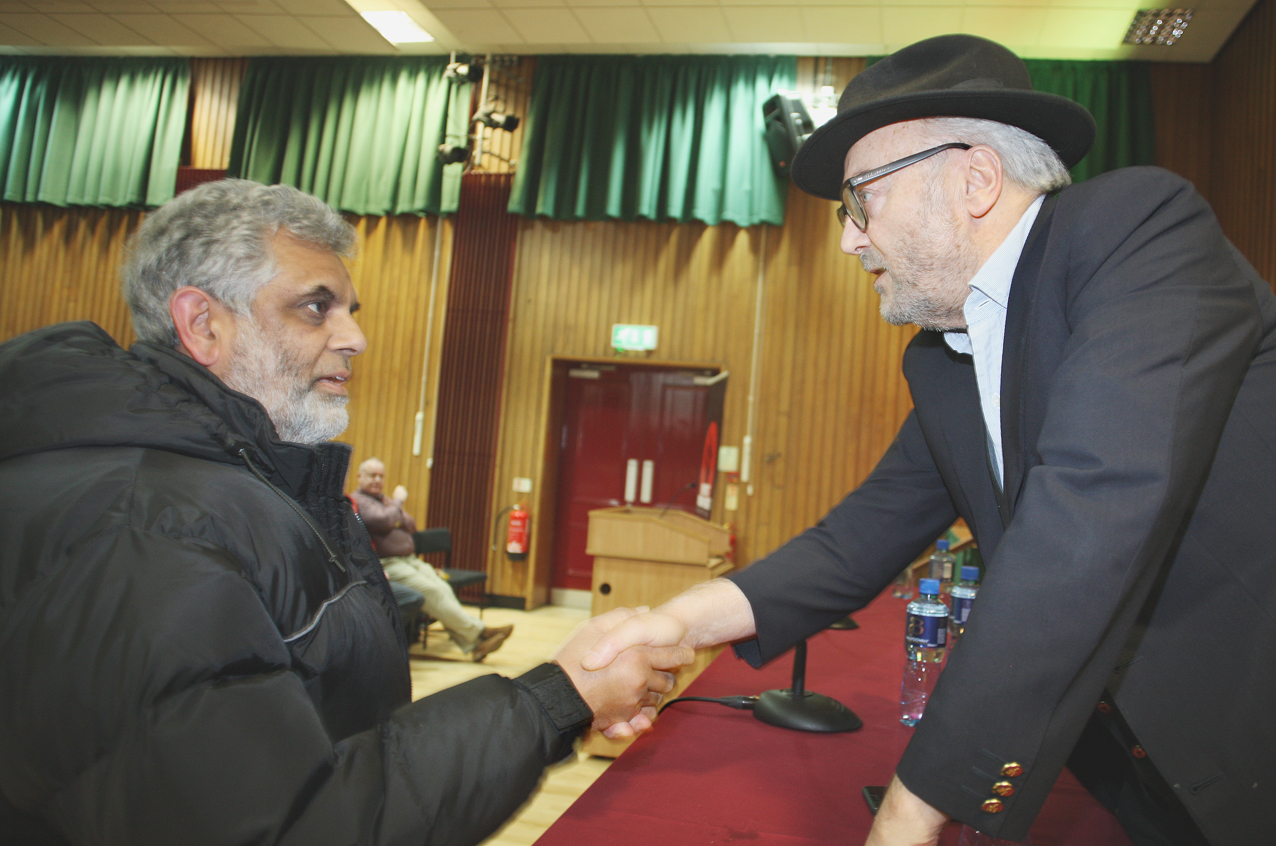 St. Mary’s University was packed to capacity on Monday evening for the screening of the controversial George Galloway documentary The Killing$ of Tony Blair.

The hard-hitting film, which at times is extremely difficult viewing, explores how former British Prime Minister Tony Blair has spent his years after leaving Number 10 in what Mr Galloway describes as the ‘Blair Rich Project’.

The film was shown as a preliminary screening as part of the Respect Film Festival.

Respect Film Festival Director Seán Murray said: “While there are many contradictions to the man who is Tony Blair, we hope to tease out many of the complexities of a statesman who worked emphatically to secure a peace process in Ireland only to be outshone by his duplicitous behavior with corporate greed and corruption and of course the war in Iraq. What indeed will be the legacy of Tony Blair? I’m sure this film will go some way to show you what his legacy will be.”

Introducing the film, George Galloway said: “I am delighted to say that this is the biggest audience we have had for the film anywhere in the world.

“That kick-started the film, I had to sell my house in order to finish it and I hope you think that it was worth it.”

Speaking to a captivated audience, Mr Galloway went on to discuss the film. He said: “The film will make you laugh, it will make you at least want to cry and if you didn’t want to cry well then there is something wrong with you, but above all I think it will make you angry. If you didn’t like Tony Blair before you saw this film, trust me, it’s going to be difficult to contain yourselves afterwards, because the scale of this man’s crimes absolutely dwarfs any good that he might have done and of course I’m aware and acknowledge in the film the good things that he did here in the north of Ireland and if he had stopped then we would be having a meeting to commemorate his wonderful premiership. But unfortunately he didn’t.

“Some people thought when I made the film that I was kicking a man when he’s down, but Tony Blair is not down, as a matter of fact he’s a hundred million pounds up in eight years, and as Jeremy Corbyn could tell you, there is not an hour or a day goes by without some subversion of his leadership of the Labour party by people whose absolute loyalty is to Tony Blair. And of course in the last few days he’s been out there telling us that he’s coming back. Just when you thought it was safe to get back in the water, Blair is back!”

The Respect Film Festival will take place between March 3 and 8 2017.

For further information on the Respect Film Festival go to: