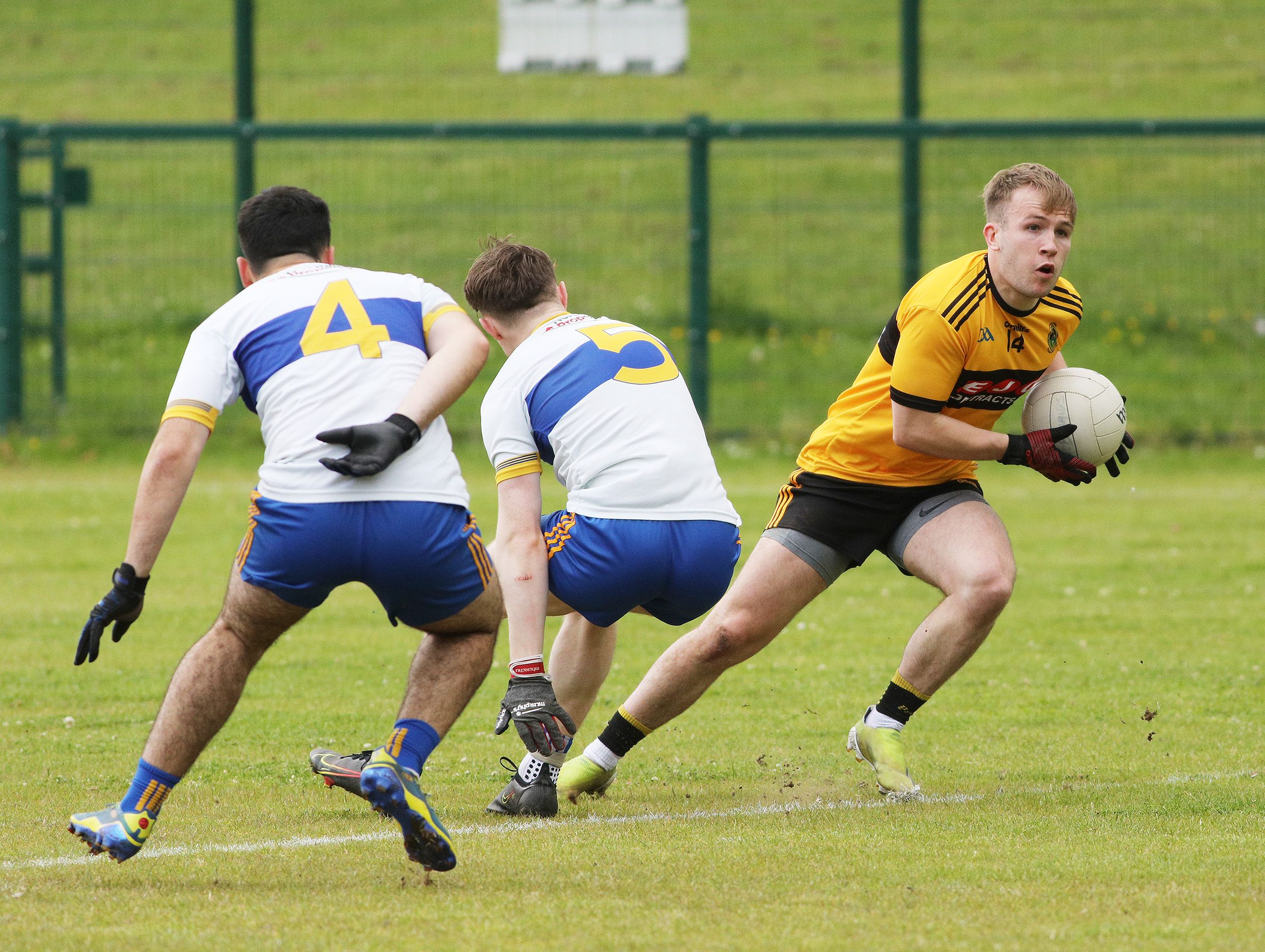 A Conan Lyttle goal on the stroke of half-time proved to be the telling score as Naomh Éanna left South Belfast with two league points.

Lyttle arrived late at the back post to punch to the net after Kristen Healy got in behind the home defence.

However, St Brigid’s felt that play should’ve been brought to a halt beforehand as goalkeeper Declan Heery was suffering from a rib injury. Just minutes earlier Heery collided with a post after being put under pressure from Donal Walsh.

But as Heery remained on his feet and not suffering from a head injury, play was allowed to continue and the visitors took full advantage and go onto record a deserving four-point win.

A Paul Bradley free opened the scoring in the first minute and a James Smyth effort five minutes later gave the hosts a two-point advantage.

But Naomh Éanna rallied and bossed the game for the vast majority of the half.

St Brigid’s were struggling for possession but Jack Dowling picked up a stray Naomh Éanna pass to lay on a second score of the day for Smith, but before he set up a goal, Kristian Healy pointed himself and it all helped his side to a commanding six-point lead at the break, 1-6 to 0-3.

Mikey Cummings replaced Heery during the half-time interval but it was Reuben Carleton who took over between the posts, and Carleton also opened the scoring in the second half with a sweetly struck ‘45’.

St Brigid’s may have been guilty of producing a flat first-half performance but they brought a lot more energy to their play in the second period.

A Cummings point cut the gap to four before a Joe Finnegan mark and three frees from Bradley levelled the tie by the 45th minute.

It was now Naomh Éanna who were struggling for territory and possession but they should’ve claimed a second major when Eastwood played in Walsh but with only Carleton to beat, Walsh dragged his shot harmlessly wide.

The game was hanging in the balance as it ticked into the final ten minutes and was there for the taking by whichever team wanted it.

And it was the visitors who stepped up in the closing stages to claim the win.

Eastwood kicked over his third free of the game after an off-the-ball foul on Walsh and all of a sudden Naomh Éanna were on top in all sectors.

Three points followed from Nagle, and midfielders Philip Curran and Michael Morgan as Naomh Éanna made a winning start to the second half of the league season. 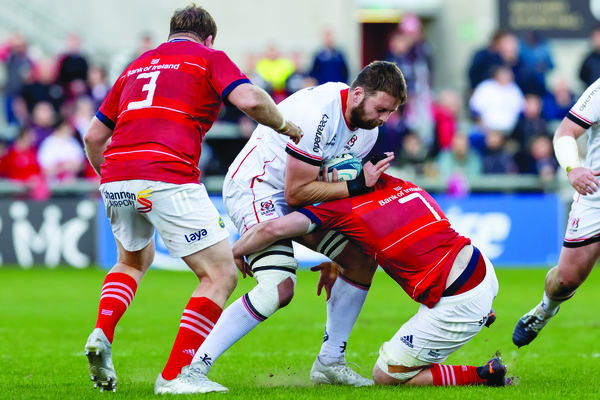