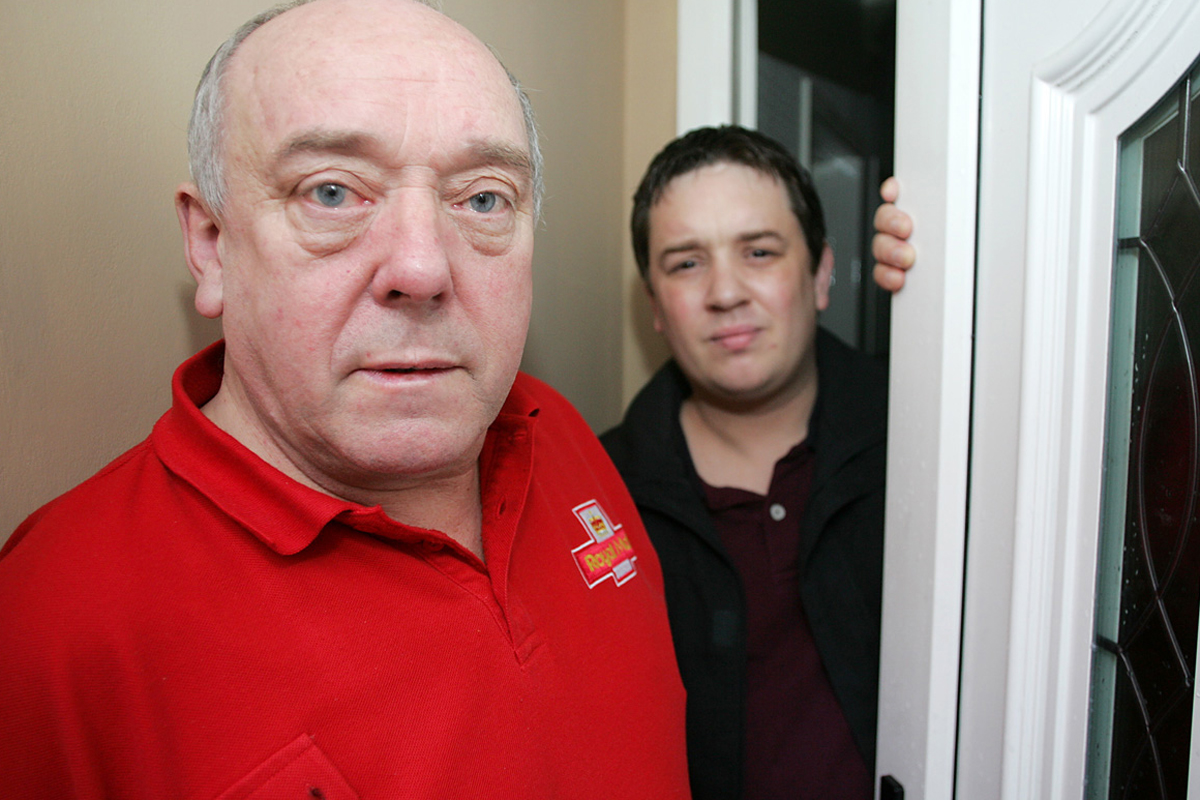 A North Belfast couple have been left terrified after a gang burst into their home the day before Christmas Eve and ransacked their house in a search for a man who does not live there.

Sean Duffy, a former youth coach of Cliftonville Football Club and the current youth coach for Newington FC, was marking his 60th birthday with his wife Isobel in their Castleton Gardens home last Friday night when the gang burst in asking if a named person was in the house.

Despite being told repeatedly by Sean that no one by that name lived there, one man held the couple in the living room for around 15 minutes while another man searched upstairs.

The couple did not see the second man so did not know if he was armed in any way. After they left Sean and his wife, who suffers from heart problems, discovered all their upstairs rooms had been ransacked.

The well-known and highly-respected coach described the incident.

“We heard someone coming down the hall and thought it was maybe one of our sons coming in. Then this big fella came in and kept naming this person and asking where they were. I told him that no one by that name lived there. At the start I thought it was a wind up because it was my 60th and thought maybe someone was playing a joke.

“Then he made us sit in the living room while this other one was upstairs going through the rooms, it must have lasted for about 10 or 15 minutes. My wife had a heart attack last year and has a bad heart, so we told him she needed to take her medication because she was starting to panic.

“Then he asked what our surname was, I told him it was Duffy and next thing they said sorry they had the wrong house and they were away again.”

Sean said he and his family have lived in the house for more than 30 years and have never had any bother.

“We just didn’t need this just before Christmas, they definitely had the wrong house and we want them to know this in case it happens again.”

Local Sinn Féin councillor Conor Maskey said it is unclear if the gang were dissident republicans or were involved in the drugs trade.

“It is unclear what this gang were looking for, whether they were dissidents looking for an individual or if they were involved in drugs,” he said.

“I will be taking Sean to report this to the police, firstly because no one wants this to happen in our community in any house and secondly if drugs are involved then they are not welcome in our community either.

“Sean Duffy and his family are very well known and well respected in this area and I want to show my support for them. They were wrongly targeted by these people and the ones who did this need to know that.”