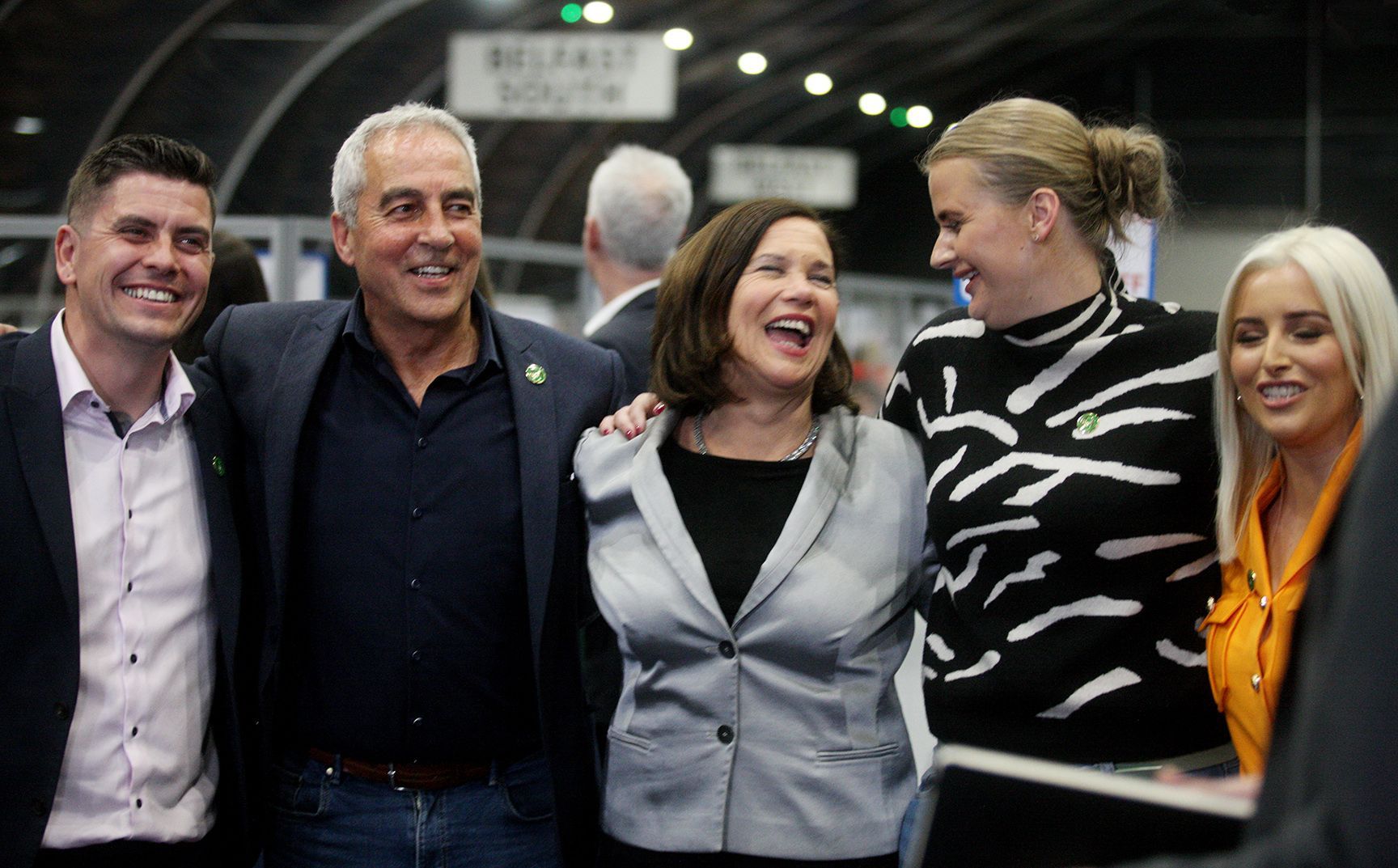 LAST week’s census figures have generated acres of newsprint and headlines on its detail and implications. It is remarkable that a century after partition, and the creation of this sectarian gerrymandered little statelet, that the population demographics have shifted so dramatically.

While many people today are reluctant to equate religion with political affiliation and national identity it is nonetheless a fact that the northern state was constructed on that basis. Two thirds of the population was Protestant and unionist. One third was Catholic and nationalist. In the years following partition the unionist regime at Stormont set about entrenching its domination by creating an apartheid state in which Catholics/nationalists were discriminated against in employment and housing and tens of thousands were denied the vote in local government elections.

The first results are available online now at https://t.co/2nV2Y4fiMV#itsaboutus pic.twitter.com/8XUVwxi3Y8

In the Assembly election Sinn Féin secured the largest number of first preference votes and the largest number of seats – a first for a non-unionist  party. Michelle O’Neill is now the First Minister designate. Partition was supposed to make this impossible. Partition sucks. On all counts. That does not mean that winning the unity referendum is a dead cert or that Irish unity is inevitable. What it does mean is that there are more and more citizens in the North who want constitutional change. But it must be planned. For united Irelanders this presents an enormous opportunity and a huge challenge.

I was reminded this week of an answer I gave  to a question about whether nationalists could breed our way into a united Ireland: “An enjoyable pastime for those with the energy  but hardly a political strategy,” I replied. That remains the case. Our future needs planned. By us. Not by London.

This weekend Ireland’s Future is holding a historic conference in Dublin. It is doing what an Irish government should be doing – developing a strategy, encouraging discussion, planning for the future and holding a conversation about the shape of the new Ireland.

MASS AND ME: A LONG JOURNEY

BACK in the day I used to be a regular Massgoer. Not any more. I have always liked the communal and social aspects of the Mass and I am comfortable with the rituals involved. I like other religious services as well. The Protestant ones are much more democratic than the Catholic ones.   But it is hardly surprising that there is a beneficial familiarity about the Mass for folks like me, given that most Catholics of my age were reared in that tradition. And I like church music. A good choir or solo singer or a hymn that the whole congregation can sing together is very uplifting.

Most chapels or churches are also contemplative spaces. Holy places. And it’s good to be in a space like that on a regular basis. Arguably nature also provides this space. We have lakesides, beaches, glens, mountainscapes, rivers, parks and gardens. Perfect places for us to catch up with ourselves and to meditate. To reflect on the mysteries and meaning of life.  I used to do both.  Now I mostly  do nature. So when I go to Mass nowadays, usually for funerals, it is a reminder of simpler days.

In my youth chapels were filled to overflowing. A Mass I attended recently had only 63 people in attendance.  I counted them. Most were around my age. The youngest family there were dark-skinned.  Other young ones, including young people in my own life, are reared in a more secular mode these days. And no harm in that either. Good values are what matter. And no religion has a monopoly on that. In fact, some have lost sight of the importance of good values in a maze  of man-made rules and bad practice in which the institution reigns supreme and the message is subverted. It’s all about control.  In some cases Christ has been erased from Christianity. He embraced sinners, the poor and dispossessed. That’s why they crucified him. And they would do it again.

I have never really been comfortable with ‘Roman’ Catholicism. The one holy Catholic bit stuck in my craw, even when I was in my early teens. Surely there were/are other churches entitled to respect, not just one. Even at school I questioned the position of Rome and our own hierarchy on issues, including its compliant attitude to the status quo here in Ireland. My critical attitude crystallised as I got older in line with my political consciousness. But I persisted with the rites of the Church because I thought of it as a popular institution as opposed to a clerical one. The church was bigger than the hierarchy, I reasoned.

And besides, over the years I got to know a lot of good priests who shared my broad views. So even when the message from the pulpit really annoyed me during the decades of conflict I never walked out of Mass when the celebrant insulted the congregation, although I understand why others did so. I stuck it out. Maybe out of contrariness. Maybe my own understanding of the teachings of Jesus. Maybe because I wouldn’t give in to the hierarchy’s political agenda.

The lack of democracy within the Church continued to irk me.  This increased as I got older. Especially the refusal to accept women as equals. In fact, the misogyny writ large in the official  Church’s  fixation with  sex and the casting of women as mainly to blame for that ‘sin’ became more and more annoying. But it was the revelations about the Tuam babies which finished me. The burial of an estimated 800 infants in a sewage tank was too much. I was sickened by that and the other revelations of wrongdoing. And the cover-ups and hypocrisy. I know cover-ups happen all the time in politics and other spheres and hypocrisy is in the eyes of the beholder, but in these cases it was being done in the name of God by people without a mandate or a willingness to discuss any of this. Or to be accountable. Mostly because they claimed these babies were born in sin. So they weren’t worthy of respect. Neither were their mothers. The fathers got off, of course.

So I stopped going to weekly Mass. When I do go it is obvious that tens of thousands of others have also absented themselves. I always recall the words of Father Des Wilson to myself and Father Alec Reid many moons ago.  We were trying to meet with Catholic Church leaders to discuss building a peace process.  With a few honourable exceptions they refused to meet me.  I was an MP at the time with a mandate, unlike any of them. But they had a mandate from God. They claimed. Or canon law.

That’s why the Church is in the state it’s in today. And while the Catholic in me regrets that to a certain extent, it’s no bad thing. A healthy democratic and inclusive society based on rights and tolerance including religious freedoms is more important than any church. The sectarian arrangements foisted on us for far too long encouraged sectarianism and the growth of fundamentalist clerical control.  In both parts of our island. A truly democratic dispensation and full empowerment of people will lift us all above all this. 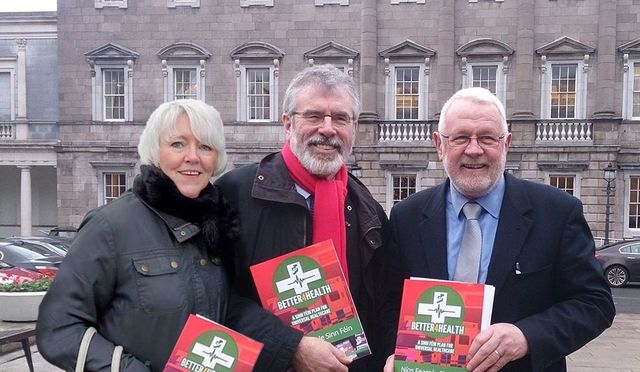 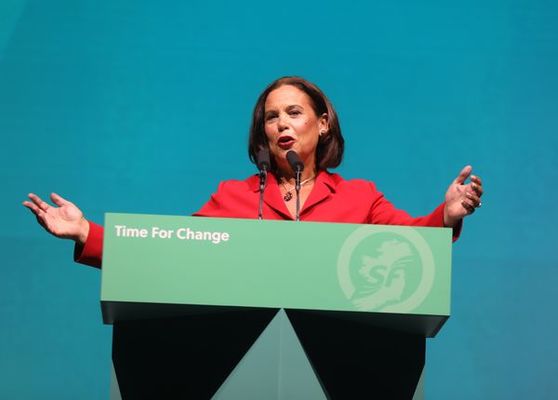