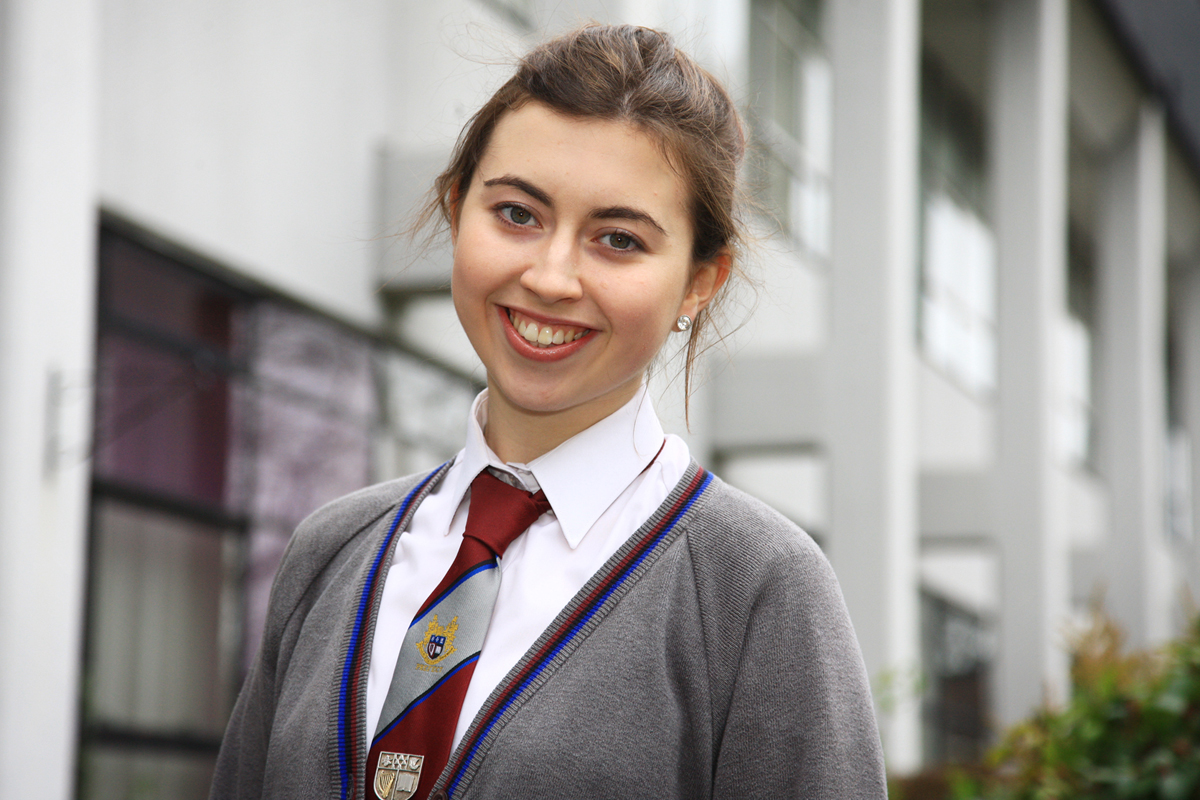 ONE of South Belfast’s top pupils will soon be heading to the famous dreaming spires of Oxford University – but not before collecting an award for her amazing charity work, which has taken her to India and back.

Victoria College Head Girl Molly Gilmartin has become one of the city’s most effective  charity money-spinners, raising vital funds through school projects, travel, and in her own free time. Most of the money has gone to her favoured charity, Action Cancer.

Now the Malone Road girl has been recognised as one of Ireland’s top 20 youth volunteers at the prestigious Pramerica Spirit of Community Awards, and will collect her accolade at a gala ceremony in Derry next month.

The busy 17-year-old has not only founded an annual charity music event involving schools from across Northern Ireland  raising thousands of pounds, but last year she spent time in rural India, working with impoverished children and helping them further their own educational goals – all while studying for four A-Levels. Phew!

Later this year, Molly will head to Oxford to study Medicine, but will leave behind a legacy of charitable endeavour that will no doubt inspire Victoria College pupils for years to come.

Taking time out from her studies to speak with the South Belfast News, she described her Indian adventure, which she undertook with a number of other Victoria College classmates, her successful musical charity project, and how she even helped create Victoria College’s own brand of bottled mineral water to boost charity coffers.

“We travelled to Northern India with the Global Schools Partnership and spent 10 days at a school for underprivileged girls in Dehradun,” she explained.

“It was an eye-opening experience, as we were in quite a rural region where families have a very basic lifestyle. Yet for the most part they are happy, as they don’t know any other way of life.

“That’s in direct contrast to what we witnessed in Delhi, where slums sit cheek-by-jowl with wealthy apartments. There, the impoverished can see what they are missing out on. Being in this environment spurs you on even more to do what you can to help those pupils get the best education they can, and we were able to help them with their work.

“Our plan now is to bring a few of the girls over from India to spend some time with us in Belfast. The girls we were with had never even seen an airport, so it will be as much a culture shock for them as it was for us in India. This is is where the bottled water comes in.”

A member of the school’s ‘India Society’, Molly is one of a team who are selling Victoria College bottled mineral water, the proceeds of which go towards the fund. Pupils designed the professional-style labels, which feature the school logo and also explain the India Society’s goals. The water is provided by a still water firm, and the end product would not look out of place on any supermarket shelf.

“We set the business up to sell bottles in the school at a pound a bottle and it has been very successful,” Molly continued. “Schools have amazing potential for fundraising. For instance, if each pupil brings in £2 for a non-uniform day, then you instantly have thousands of pounds raised in a few hours.

“However, your school staff needs to be behind you on these endeavours, and I’m proud to say Victoria College has supported us in everything we do. We are also hoping to expand the availability of the water and are looking at selling it at sports matches, that sort of thing.”

Now, although the organisation is out of her hands as she prepares for the move to university, she is still looking forward to the now annual ‘Sound of Action’ fundraising concert she was to the fore in creating.

“The first one was in 2010. As I really enjoy music myself, I contacted a range of schools asking them to contribute in the form of perhaps a choir, or a band, so we can all perform with funds going to Action Cancer.

“I managed to hire St Anne’s Cathedral, and it was such a success that it’s now an annual event. At the first one, we had great ticket sales. We even got DJ Pete Snodden on board as compere and raised over £12,000. Having worked with Action Cancer over the years, I know that money will be put to good use. For example, it can cost over £100 for a breast scan, but the charity is able to provide them for free.”

Not surprisingly, word of Molly’s generous spirit has spread across Ireland, and national charity Pramerica will be awarding her next month. Two of the 20 awardees will also be named All-Ireland Youth Volunteers of the Year on the night, but modest Molly said being chosen from hundreds to be in the top 20 was reward enough.

“Of course it would be nice to win, but there are so many great volunteers. At the end of the day, just helping to make a difference is all that matters.”