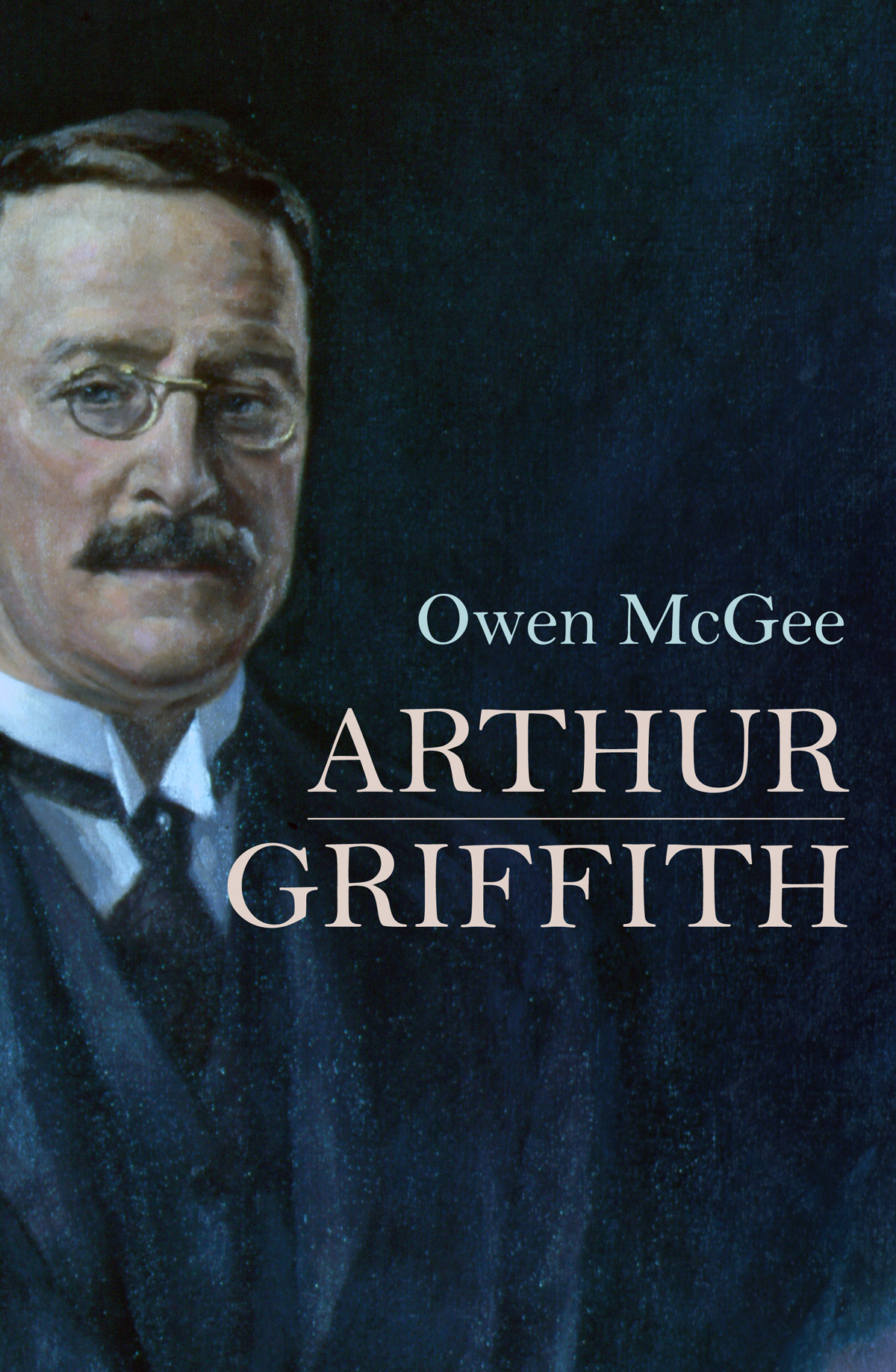 Owen McGee’s biography of Arthur Griffith is on sale now

Michael Collins said of Arthur Griffith that he “has none of the wildness of some I could name. Instead there is an abundance of wisdom and awareness of things which are Ireland”.

That description comes through page after page in Owen McGee’s biography of Griffith – astonishingly the first major biography of one of the main architects of modern Ireland. While others plotted and fought, Griffith’s writings gave them the tools of argument and put shape to their dreams and how they could be attained.

Before reading this fascinating account of the much maligned Arthur Griffith I knew three things about him: he founded Sinn Féin; at one time he called for a dual monarchy between Ireland and Britain; and he signed the Treaty in 1921. Important as these three things may be in their own right, they fall far short in describing a man who was born in 1871 and not 1917, a period after which he is better known.

Born into a working class nationalist Dublin family, Griffith was self-educated and became a printer like his father, who had worked on the staff of The Nation newspaper. Griffith, in turn, founded the United Irishman newspaper. Yet it was an unpredictable trade and even up to his latter years he was never far from poverty and championed working class politics throughout his career, finding himself at war with the Catholic Church and the dominant Irish Party.

His focus on economic matters set him apart from many of his contemporaries and he vehemently argued that Britain was syphoning far more from Ireland after the Act of Union than Ireland was getting back. Finding out what Ireland actually contributed financially to Britain was never forthcoming, as the Treasury, much like today, refused all requests to release the figures.

And he went further. He argued that Irish industrial development was being held back, with Britain contriving to keep Ireland as its agricultural food larder. Because of the Act of Union, Ireland also wasn’t permitted to trade with other countries, while many once flourishing Irish ports were closed to trading with America in preference to English ports.

Griffith floated the dual monarchy idea in an attempt to assuage unionists who were rebelling against Home Rule for Ireland. For something that is synonymous with his name – and is frequently used against him – it only merits one paragraph in a book of over 500 pages. Yet this was the man who came up with the more radical Hungarian Policy – abstentionism from Westminster – which brought him ridicule from the Irish Party during the wilderness years before the outbreak of World War One, only to see fruition at the war’s end.

Because of his associations with the Irish Republican Brotherhood (IRB) and Conradh na Gaeilge he was one of the few figures who knew all of the 16 men who were executed after the Easter Rising. He raged at the news of their deaths while in prison in England, having been rounded up with other leading nationalists of the time in the wake of the events in Dublin. With his own influence on many of those who died in 1916 through his writings, you would have to believe that Griffith would have faced the same firing squad if he had not been kept in the dark about the plans for Easter Monday. However, it was to people like Griffith, the author argues, that the rebels hoped to hand the country, if they could hold out long enough.

In 1918, again in prison in England, he won two elections under the banner of Sinn Féin, a small movement he formed in 1905, who 13 years later, now under the direction of the IRB, had swept all before them in the December general election. When Dáil éireann met in his absence in January 1919 he wrote a comprehensive Programme for Government in just two hours from his prison cell in England and smuggled it out. Top of the list was that the new Irish parliament must be represented at the convening Versailles peace talks to make a case for Irish independence.

That Griffith was working class and head of government when he died in August 1922 was practically unheard of at the time. Two weeks after he died of a brain haemorrhage on his way to the Dáil, Collins was ambushed at Béal na Bláth.

A journalist, editor, historian, lecturer, organiser, revolutionary and politician, for a man who was making news and rarely out of the news during 30 of his 50 years, McGee had rich resources to work from when compiling Griffith’s biography.

This book is long overdue, a fascinating insight into a period that has shaped modern Ireland, about a key figure who contributed more than most to all that Ireland has now become – good and bad.