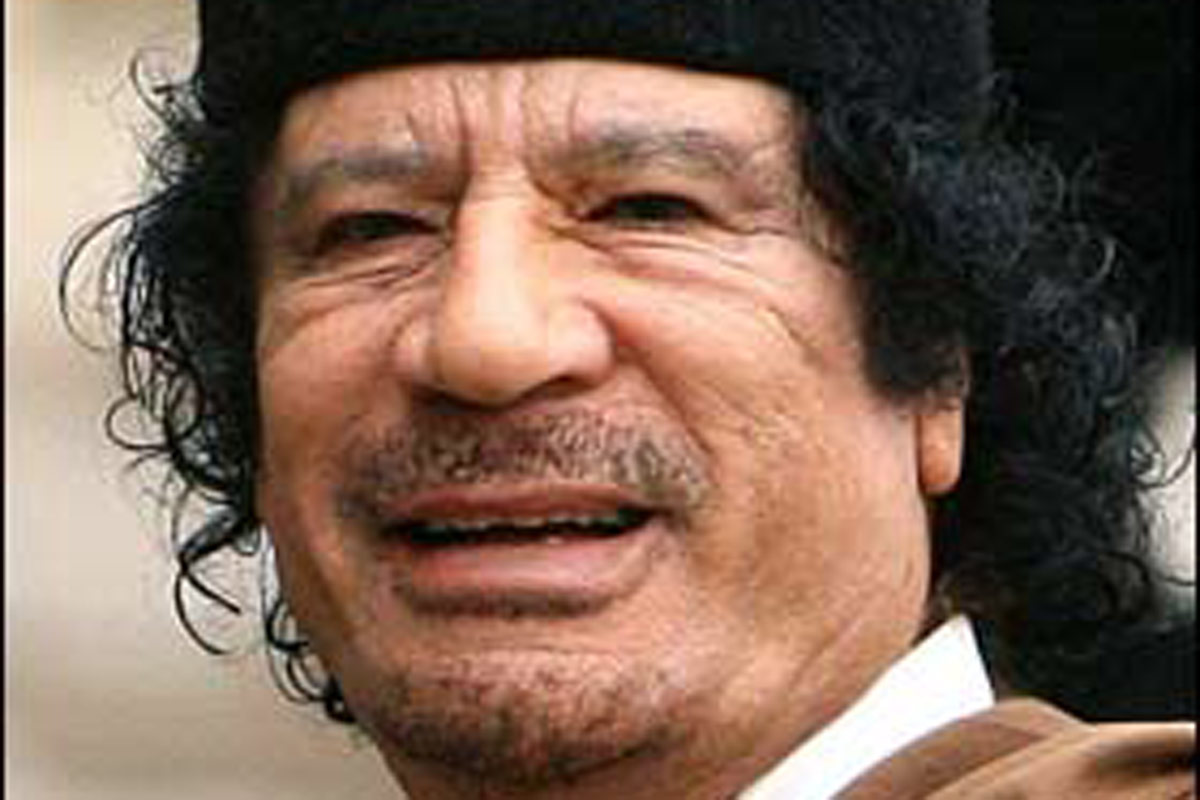 Why do they always make witnesses in court swear to tell “the truth, the whole truth and nothing but the truth”?

Well, calling for  “the truth” and “nothing but the truth” is reasonable. You want to have a witness who won’t be feeding the jury a pack of lies. The  detail of “the whole truth” takes a bit more thought.  The idea here is to make sure people don’t leave out significant details in their testimony.  “He stood up and left the room” is one thing and may be true – nothing but the truth; but “He stood up and left the room with my life savings” transforms the meaning of what's said. You gotta give the whole picture.

I found myself thinking about this last weekend as I was reading comments on the filming of Muammar Gaddafi’s death. Quite a few commentators got morally upset  by it – not so much about the death itself but about the way his bloodied face was shown on television. A moral line had been crossed, they said; this gruesomeness is not what television or pictures in print media should be showing.  Which is rather like being upset about the paint job on one window of a house while the front door is hanging off its hinges.  The ethics of shooting dead a captured man didn’t seem to enter into their mental frame.

The “whole truth” thing was even more obvious when it came to reporting Gaddafi’s decades in power. We heard lots about his use of imprisonment, torture and killing. “Evil tyrant”, “World better off without him” seemed to be the media consensus.  That could be the truth – I’m not sure. But I am sure it wasn’t the whole truth. To give whole-truth testimony, you’d have to add that all Libyans received a portion of the sale of Libyan oil under Gaddafi,  that banks in Libya didn’t charge interest, that each newly-wed couple received a 60,000 dinar gift from the government, that you didn’t have electricity bills in Libya, and that education and health care improved seven-fold under Gaddafi.

I could go on, but you see the point: the whole truth considerably modifies, maybe even transforms, the simple “Evil tyrant” tag. Just as film of celebrating rebels would have been modified out of recognition if the TV and press added pictures of NATO war planes dropping thousands of tons of explosives on Libyan towns and cities.

Of course, the thing that rankles with some here is that Gaddafi supplied the IRA with Semtex. The latest word is that the new Libyan government will compensate families here whose loved ones were injured or killed by the use of that Semtex. There is a logic to this – if you thought the IRA campaign was totally wrong,  it makes sense to sue Gaddafi for arming the IRA.

Where, then, does that leave Britain?

Well, over the past six years  Britain has sold almost £120 million in arms to Libya. That’s £120,000,000. So shouldn’t the relatives of those in Libya who were killed or injured by those arms  be suing Britain for these sales? The suffering and death inflicted on Libyans were just as real as those inflicted here. Or is it different because Britain was involved?

Which brings us back to the media coverage of Martin McGuinness’s presidential bid.  Part of the truth about McGuinness is that he was in the IRA – a senior figure, maybe even commander-in-chief.  Let’s take that as a truth, even though it's a case of "Everybody knows" rather than "Here's the evidence". But say it's true – then the southern media have certainly spoken it  repeatedly throughout McGuinness’s campaign. But the whole truth? Uh-uh. The whole truth about the deputy First Minister includes his unwavering commitment to peace and power-sharing  over the past fifteen years, often in the face of open unionist contempt and dissident threat.  The whole truth  includes the fact that his rock-hard purpose has done a mountain of work in bringing   the divided people of the North together.  When he attempted to insert that into last Saturday’s RTÉ radio debate, interviewer Charlie Bird brushed it away with an airy “Oh, you’re on about Peter Robinson again!”

We’re a simple-minded people, we Irish, and we’ve got delicate stomachs. We like the truth and nothing but the truth, but offer us a dish of the whole truth – that’s far too strong for some of us. How many Irish people in the 26 counties will have the stomach for the whole truth will emerge on Friday.