Hanks lights the flames to a new mystery 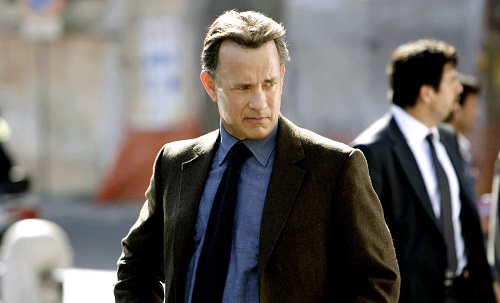 THE RETURN: Tom Hanks is back as Dr Robert Langdon

HAVING solved the intricate riddle of The Da Vinci Code and exposed the infiltration of the secretive Illuminati within the heart of the Vatican, life for the famous Dr Robert Langdon (Tom Hanks) is set to get even more complicated.

While Dr Sienna Brooks (Felicity Jones) tends to her interesting new patient, all hell breaks loose when a female assassin by the name of Vayentha (Ana Ularu) breaks into the hospital and tries to kill Langdon.

Making a speedy break for freedom, Langdon and Brooks escape and set about trying to find out what the hell is going on.
Finding a mysterious cylinder inside his jacket pocket containing an illustration of Botticelli's infamous Map of Hell, the brilliant symbologist discovers a hidden code that just may prophesise the extinction of the human race.

Setting out to solve the riddle and recall his foggy memory, the clock is ticking and the future of civilisation is in Langdon’s hands...

WHO would have thought that, after the 2006 release of The Da Vinci Code, we’d still be following Robert Langdon around the world in search of mysterious symbols and hidden messages in the pursuit of saving the human race?

Well, that’s exactly what director Ron Howard wants to deliver so he completes his Dan Brown trilogy with Inferno, a silly, far out but affable thriller that mirrors the pulpy and easily digestible storylines of Brown’s bestselling books.
And fair play to him.

When The Da Vinci Code was released, it was one of the most eagerly anticipated movies of the naughties, and while it bombed with the critics, it has stood the test of time as an easy Saturday night thriller with an interesting premise which actually improves with age.

Inferno pretty much follows in the same vein as both it and Angels and Demons, and it’s the kind of movie you can just tune out to, letting the grandiose and eerily fabulous conspiracies wash over you in glorious abandon.

Howard is well used to delivering the world of Dan Brown’s erratic imagination to the big screen and, when the source material makes it this easy for you, why wouldn’t you want to bash out another movie that’s got ancient riddles, deadly viruses and shadowy organisations who will stop at nothing to get what they want in abundance?

Tom Hanks knows the drill too by now, he can play Robert Langdon with an effortless breeze, there’s not too much action that’s going to kill him, and Hanks has the credibility to carry off a brilliant, Harvard-educated mind like Langdon’s.

SIMPLE is as simple does, Inferno delivers with more light action and perplexing mysteries – just don't take it seriously and enjoy it for the pulpy rollercoaster it is.