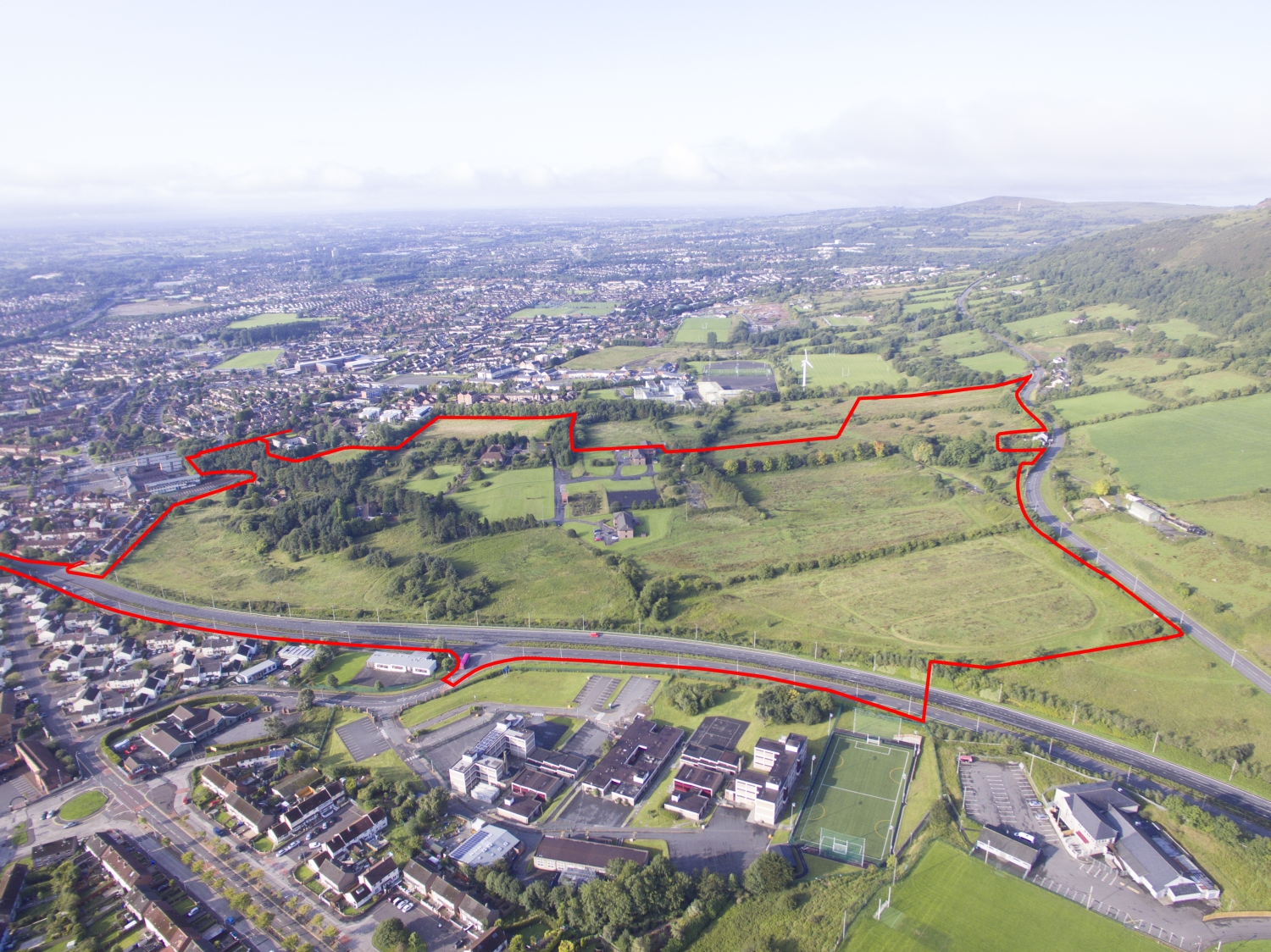 There are fears this evening for the viability of a mammoth mixed-use development at the former St Pat's Home on the Glen Road which has been ten years in the making.

The Glenmona plan, which includes a hotel and "a retail hub" alongside social and affordable homes has been in the works since the Glen Ten plan was first unveiled on Diocesan lands in 2009.

Those proposals were adversely impacted by the recession of 2008-2009 and put on hold.

One of the first large-scale consultations on the scheme was reported in this paper back in 2011 but now there are worries that the nine-year wait may have been in vain.

The Braidwater Group, has today submitted one of the largest residential planning applications ever to be received by Belfast City Council, with plans for an investment of £95m on social & affordable housing on a significant 75 acre site at Glenmona https://t.co/daabXzQ6Yq pic.twitter.com/uqe5dLdD6m

Business leaders say there are real fears that the Covid recession - the worst in a century – could put the kabosh on the £95m urban village plan by Derry builders Braidwater.

The application comprises 656 homes, of which 550 units will be social housing and 106 will be affordable housing.  A Braidwater spokesman said the development would also include "two care homes, a neighbourhood retail centre, a hotel, office and business space and children’s play areas".

However, the fallout from the Covid Crisis raises a question mark over the key commercial elements of the plan. One West Belfast care home owner said the proposal to build two new care homes was "laughable". The one sad thing we all know is that, going forward, there are going to be fewer viable care homes in West Belfast. The current homes are only viable if 90 per cent occupied so we are all going to have to reassess our viability following the terrible spate of deaths the sector has suffered. We are also anticipating a regrettable but understandable drop-off in the number of families who chose care homes for vulnerable parents. More and more, we will see the vulnerable elderly being looked after in their homes for as long as families can do that."

A Belfast hotel executive, who wished to remain anonymous, similarly threw cold water on the hotel proposal. "Not going to happen," he said. "It's absolute rubbish to suggest you would build another hotel when the reality is that hotels will be closing as a result of this pandemic." He added: "It's also a joke to suggest you would put a hotel in the middle of a housing estate - not to mention patronising. You wouldn't do that in south, east or north Belfast and you certainly wouldn't  do it in the west. That's simply for the optics. Belfast city centre is full of hotels which are loaded with debt and face closure as tourism collapses, anyone who suggestts building another one now in the middle of a housing estate needs to get a grip."

Proposals for "a retail hub" on the site are unclear but a previous retail hub at Caffrey's Glen on the Glen Road proved unsustainable, taking business away from the main retail centre in Andersonstown before the majority of retail outlets there closed. "The last thing existing traders want is another retail magnet trying to undermine them in another part of Andersonstown. That's before you take into account the effect that post the Coronavirus emergency, there will be fewer, not more, retail units in West Belfast."

Images released by the developer with a press release today provide little clarity on the commercial elements of the plan.

When a request was made by belfastmedia.com to the promoter for an artist's impression of the housing scheme on the Glen Road site, we were told none existed.

The plans for housing, however, have been warmly welcomed across the board and represent a coup for housing provider Apex which has patiently been waiting to be allowed to build on the 75-acre site.

"There is high demand for social and affordable housing in this area and we have had a positive engagement process with all key stakeholders, which we believe will result in a scheme that will work for the whole community in West Belfast," said Finbarr Grogan of The Braidwater Group.