House has lain derelict for 14 years 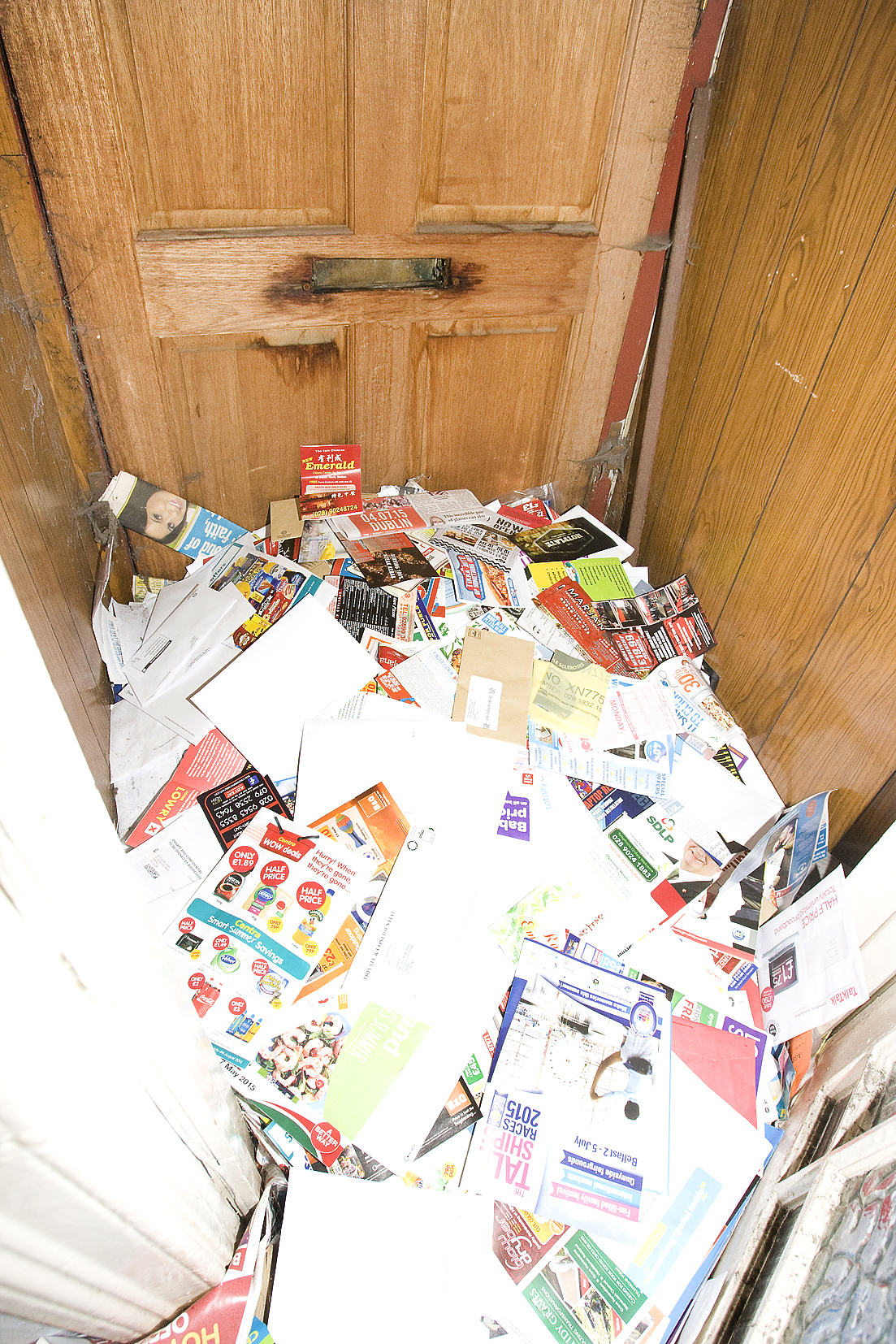 The post is almost piled right up to the letter box

Investigations are taking place to find the owner of a West Belfast house that locals claim has lain derelict for over a decade and has become a magnet for vermin and anti-social behaviour.

A resident living in Earlscourt Street, near the bottom of the Springfield Road, contacted the Andersonstown News this week about the house in the street which he claims has been unoccupied for over 14 years.

The derelict building is awash with rubbish, while post through the front door is piled almost right up to the letterbox and locals have uncovered syringes, glue bags and even a large knife in the premises.

The resident said he has contacted both the Housing Executive and Belfast City Council about the house but so far no one has been able to find out the owner of the building.

“The house is disgusting,” said the resident who asked not to be named.

“It’s infested with rats, the rubbish is piled high, people are getting in through the back gate and getting up to who knows what. I have actually blocked up the back entrance to it myself but people keep getting in.

“I have found used glue bags, syringes and the place is piled high with old drink cans and bottles. It’s unbelievable.”

The man said locals in the street are unsure when the house was last occupied but think it was at least 14 years ago.

“The house has been empty for as long as most of us can remember,” he said.

“It’ll only take one of those people who go in to it and drink and take drugs to light a match and things go wrong. The whole street could go up in flames because we are a terrace.”

A Belfast City Council spokeswoman said they are investigating to find out the owner.

“However we cannot access the property without the owner’s consent and are currently looking in to the matter,” she said. “Our pest control team has received reports of rats being found in the general area at the end of June and a sewer van was discharged treating 19 manholes, three gullies and eight rat holes,” the spokeswoman added.