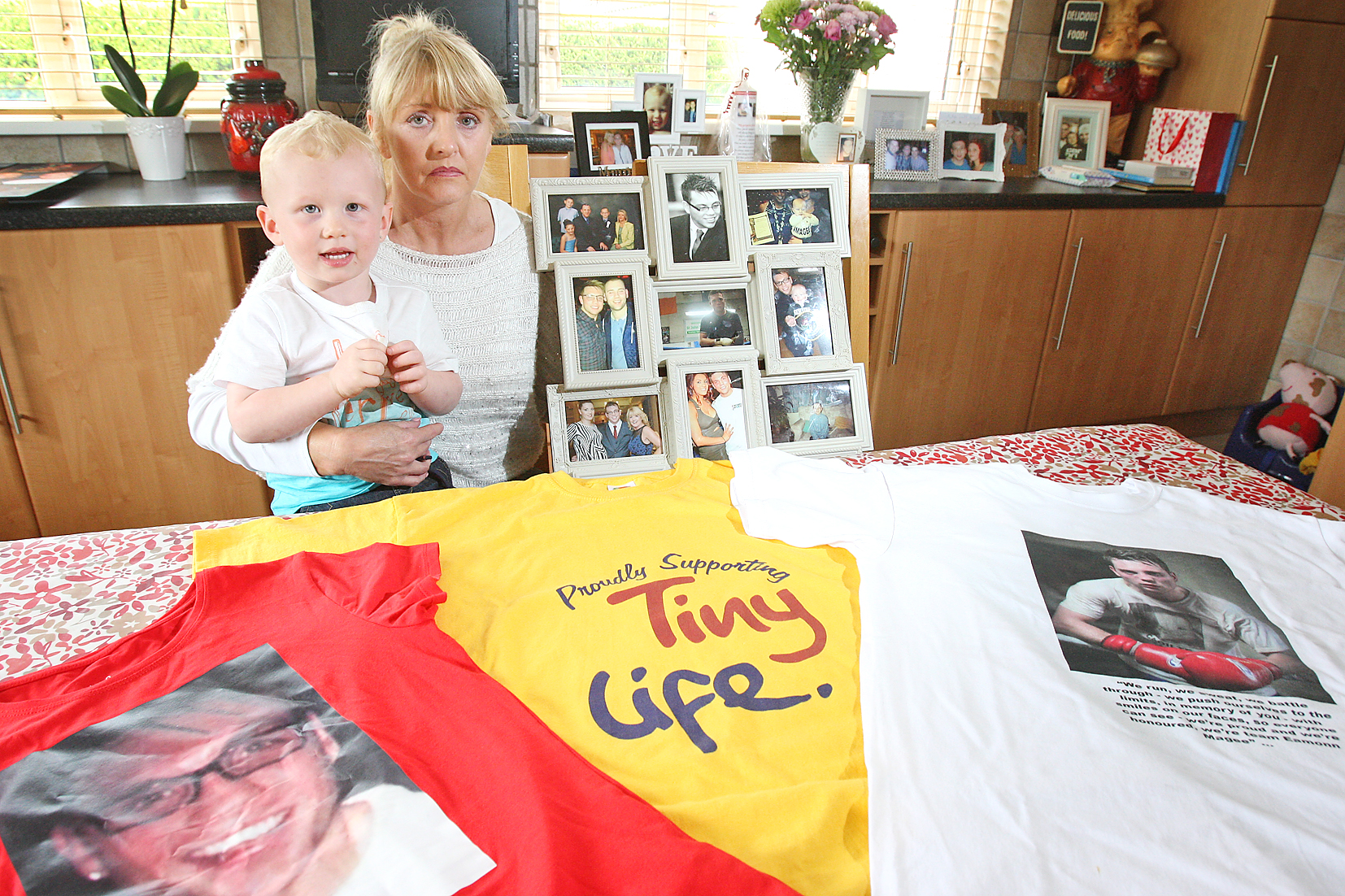 Mary Magee and her grandson Cormac with photographs of Eamonn

THE sun shone on hundreds of runners on Sunday morning as friends and family of murdered boxer Eamonn Magee Jnr came together for a charity run in his memory.

Eamonn’s mother Mary told the Andersonstown News that despite the “rawness” of grief that surrounds the family only seven weeks on since the promising young boxer was brutally stabbed to death in Twinbrook, they hope to hold a yearly run as a way to remember and celebrate his life.

“Eamonn had originally wanted to run the Lisburn Half Marathon for Tiny Life in the middle of June, he had set himself a target of £500 and since his death we’ve managed to raise £4,200 which has been brilliant,” said Mary. “I’ve set myself a target to keep going to £5,000 and with the 5k on Sunday it was another chance to fundraise.

The 5k run set off from Finaghy’s GymCo where Eamonn Jnr trained and worked part-time. His immediate family wore red t-shirts, his favourite colour, with his photo on the front, along with members from Gleann ABC who wore white t-shirts emblazoned with the poignant verse: ‘We run, we sweat, we battle through – we punch ourselves to the limits, in memory of you. With smiles on our faces so everyone can see we’re proud and were honoured, we’re Team Eamonn Magee.’

The run was organised by Eamonn Jnr’s close friend James Higgins who thanked all those who took part. Mr Higgins described Eamonn’s death as a “big loss for everybody who knew him, all we can do now is do our best for him and try and keep his name alive.”

“I just wanted to thank the people who turned up on Sunday,” said Mary, “the family don’t want to let Eamonn’s name die in vain.”