Hyland has his chance to shine on the big stage 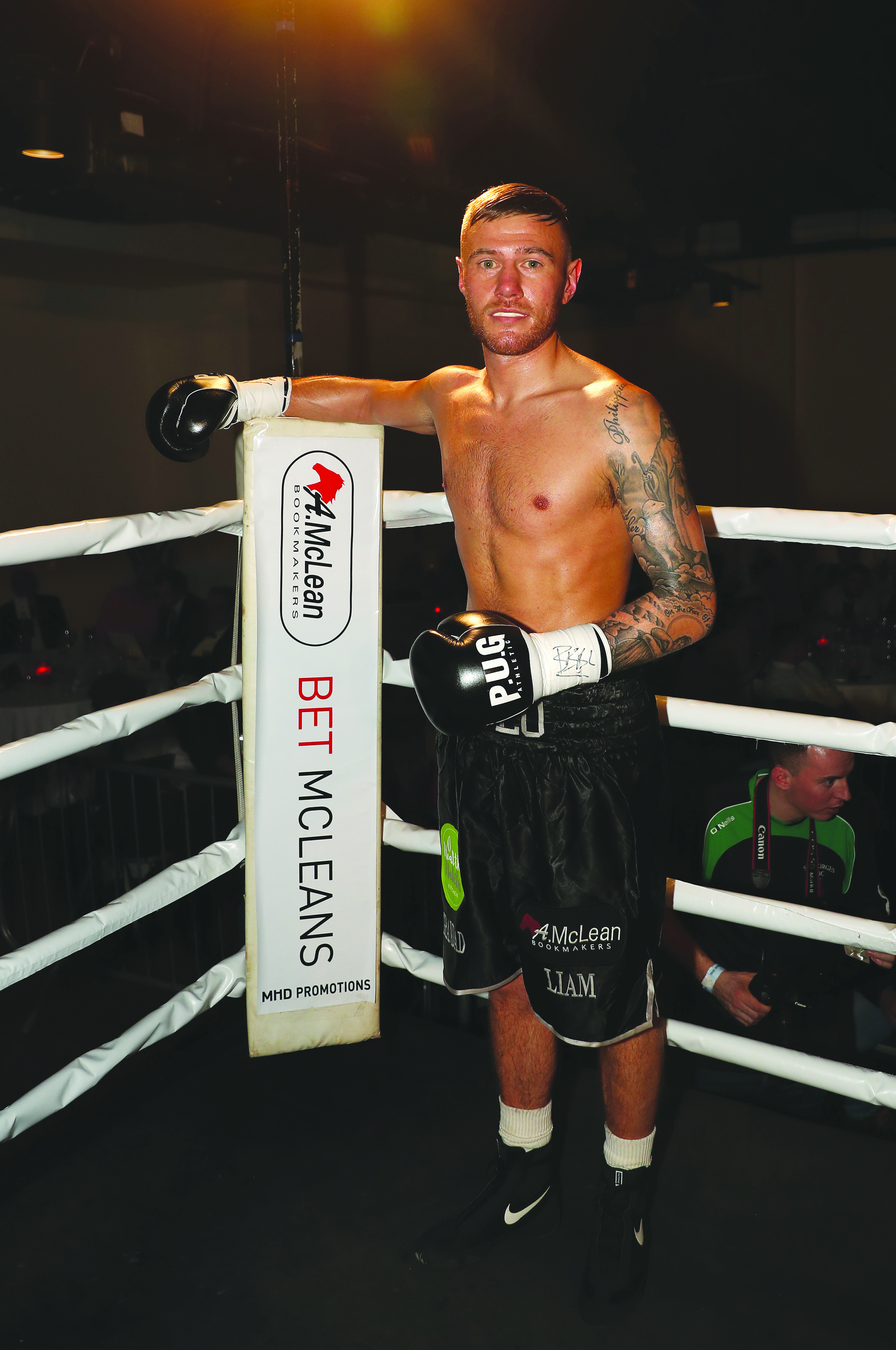 WHILE Michael Conlan will announce himself to the world of professional boxing at Madison Square Garden on Friday night, another West Belfast man will be hoping to make his mark and gatecrash the British domestic scene.

Paul Hyland Jnr (14-0) will take on Peter Cope (14-3) at the York Hall, Bethnal Green on Matchroom’s ‘NextGen’ card aimed that will be broadcast live on Sky Sports. The concept is to give prospects who do not usually enjoy the TV exposure the opportunity to announce themselves and force their way into the title mix, something Hyland has been calling for following his last two victories over Nelson Altamirano and Karoly Gallovich.

Indeed, the most recent win over Gallovich at the Europa Hotel last month came after a mere 41 seconds and having put in the hard yards prior to that outing, it would have been something of a waste to take a break. So,’Hylo’ stayed in the gym having been promised another fight in the near future and his manager, Mark Dunlop certainly delivered with this massive opportunity for the 26 year-old lightweight.

“It’s just off the back of that last fight so I have been training away,” said the affable 26 year-old.

“I had a hard training camp for the last one, but Mark just told me to keep ticking over and said he would have me out within the next month. He stuck to his word and got me on this show which I am very happy with.

“I just continued my training, kept sparring and he got me on this show on Sky Sports.

“I’m grateful to Eddie Hearn for putting me on this and the other lads who got me on. I’m excited to be on this, especially on St Paddy’s Day, it’s a brilliant bill to get on.”

Hyland admitted he expect such a big opportunity to shine live on TV so soon, but here it is and he fully intends to take his chance with both hands against Cope who came up short in an English title challenge to Mitchell Smith back in 2014. While Cope is yet to stop any of his 14 victims, Hyland is anticipating a good test.

“He is a decent fighter, a come-forward southpaw,” he notes.

“I have been sparring Marc McCullough, ‘Teeny’ (James Tennyson) and wee (Caoimhin) Ferguson and a few other southpaws so I’m looking forward to getting and boxing as well as I can, especially with it being on TV – Sky Sports. I’m just looking forward to this and getting the win.”

Hyland’s sights are firmly fixed on a British title shot and with Scott Cardle just one win away from claiming the Lonsdale Belt outright, it is likely to become vacant in the near future and Hyland believes this is his chance to get into position to contest it when it is free.

“I know that Cardle is vacating after his next defence, so with this being on Eddie Hearn’s bill hopefully I get some luck out of this and it gets me a British title shot sooner rather than later,” added Hyland.

The West Belfast man has always brought a large and vocal crowd to his fights and will enjoy good support in the London venue on Friday with a good number making the trip to roar him on.

With professional boxing being as much about ticket sales as talent, this can only help his cause should things work out inside the ring and he believes his exciting style and vocal support can ensure he is TV friendly enough to warrant a return to box on further Matchroom cards.

“I’m very grateful for that and people have been saying that they are looking forward to watching me fight on Sky Sports,” he continued.

“I do have a great support and there are always people asking about me. Now this is my chance to shine on TV and box to the best of my ability. A lot of people said they are looking forward to watching me, but hopefully I can use this to pick up even more followers. It can only boost my profile.

“He (Hearn) is going to watch and maybe look to pick up boxers from this. A lot of people have been saying that this guy Cole is a pretty good match-up style-wide, so we will see how that goes.”