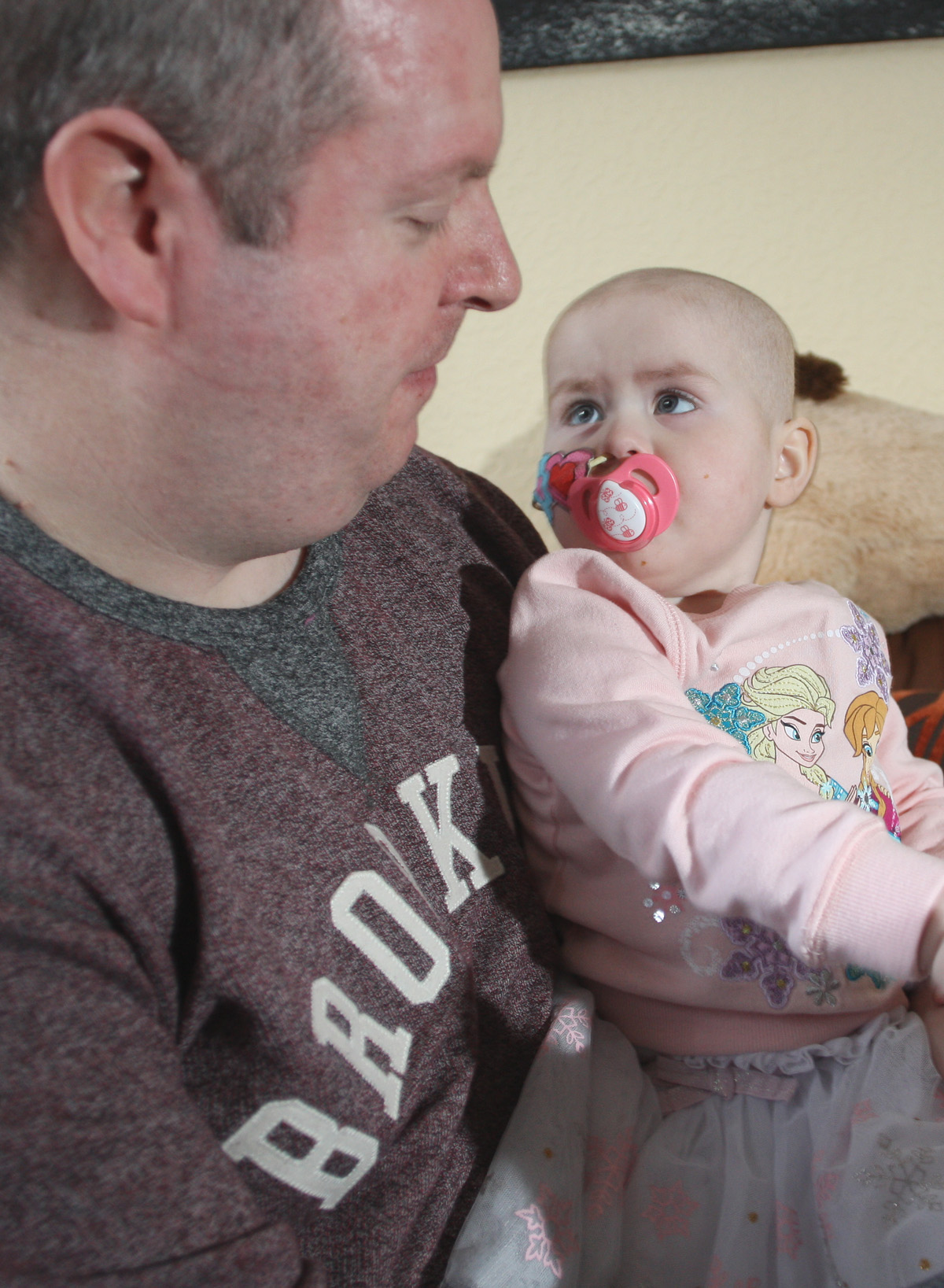 The family of a North Belfast toddler diagnosed with a rare form of leukaemia have lodged a complaint with the Financial Ombudsman after they were rejected for an insurance pay out which they claim she badly needs.

At the age of just 17 months, little Ellen-Rose McLarnon was diagnosed with acute lymphoblastic leukaemia and is facing three and a half years of chemo-therapy in her battle against the disease.

Having spent two months in hospital since she was diagnosed in December, Cliftonville tot Ellen-Rose now attends hospital three hours every day and her mobility and lifestyle have been dramatically altered.

While dealing with their personal trauma, her family have been left devastated by the news that critical illness cover they have being paying for over a decade will not be paid out because Ellen-Rose is under the age of three.

Ellen-Rose's father Martin and mother Delia took out corresponding policies with Co-Operative insurance back in 2005 via a home caller, a popular way of selling and buying insurance at that time. They said they were informed at the time that any child they had in future years would also be covered and have since been paying over £100 a month.

However, when adversity did strike in the shape of Ellen-Rose's illness, only then did they discover the truth. Co-Op was bought over in 2013 by Royal London. Most insurance companies, including Royal London, offer cover for a child on a critical illness policy from birth, however under the Co-Op policy Ellen-Rose was not covered until her third birthday.

Although acknowledging that Royal London have done nothing wrong and are within their legal right to reject their claim, the family have been arguing their case in the hope of some movement – but with no success.

Last week, they submitted a complaint with the Financial Ombudsman and will find out next week whether an investigation into the original selling of the policy will go ahead.

“Like many people we never imagined this would happen to us, it's something you read about in newspapers or magazines,” said Delia. "Ellen-Rose was such an active and mobile child until December when we took her to hospital with what we believed was tonsillitis.

"When the specialist informed us the last thing we thought about was an insurance claim. However, we have been paying it since 2005, so last month we decided to make the claim to help make the house more mobility-friendly for Ellen-Rose.

“We're hoping that through the Financial Ombudsman we can find a resolution because the last thing we need right now is to be fighting an insurance claim. We're angry that things have happened as they have but we are also aware there might be many others out there in a similar position to us and who might now be encouraged to look over their policy again.”

Royal London said that their claims are assessed on the contract at the time of purchase and they are unable to retrospectively change the conditions. They also said they will engage with the Financial Ombudsman. “We understand that they (the parents) still wish to pursue a misselling complaint. We are looking into this.”