In the search for truth about teen’s murder, a missing checkpoint may hold the key 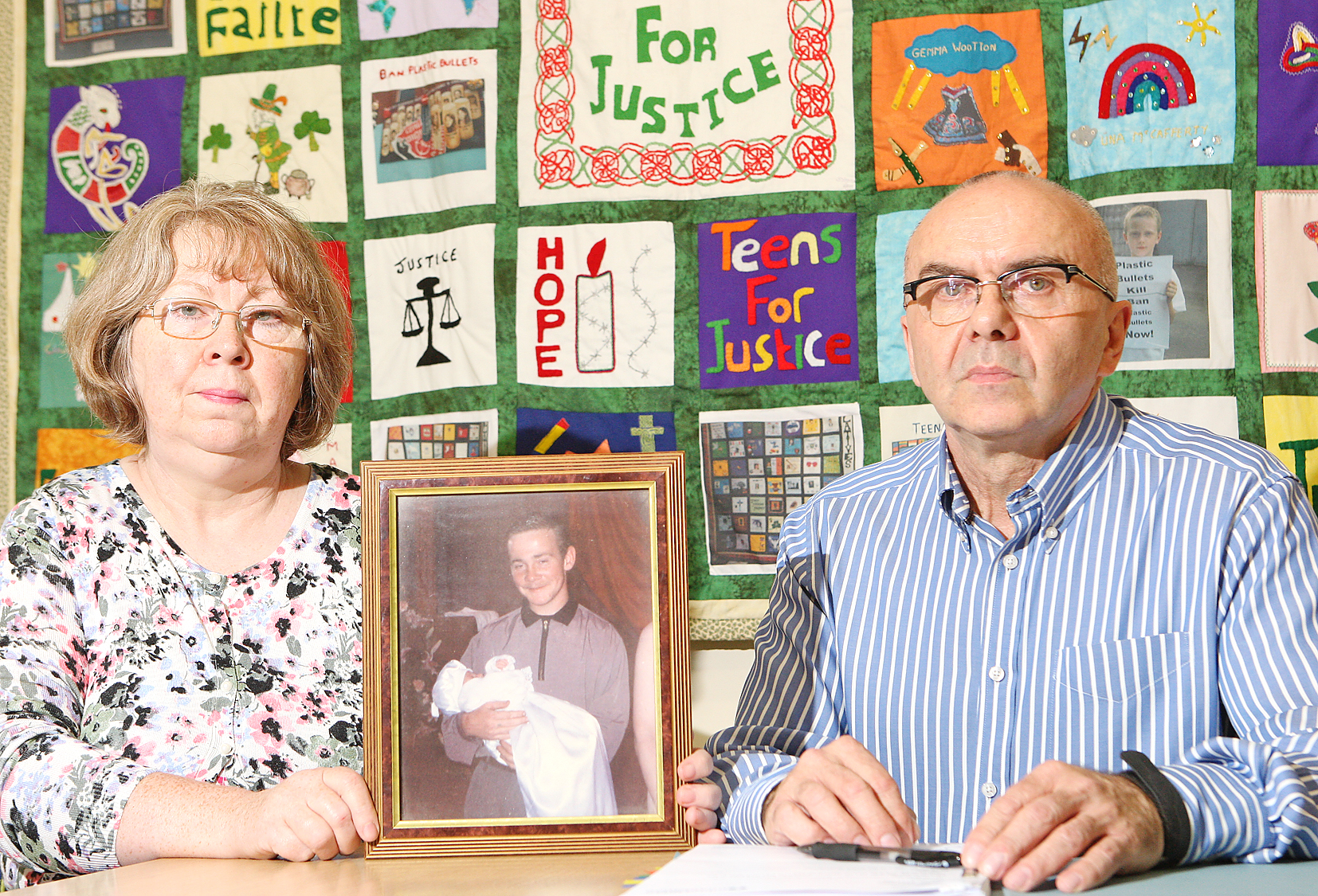 Marian Walsh with a portrait of her murdered son Damien. With her is Paul Butler of Relatives for Justice

Members of the public going about their daily business on a busy Thursday night 22 years ago could unwittingly hold key evidence in the murder of a local teenager.

Damien Walsh (17) was shot by a UDA/UFF gunman on the evening of March 25, 1993 while working on a youth training scheme at the Dairy Farm shopping centre on the Stewartstown Road.

The murdered teenager’s family and legal team are convinced the RUC and security forces colluded with loyalist paramilitaries in the killing and in January this year began legal action against both the PSNI and the Ministry of Defence (MoD).

The challenge will centre on the activity of state agents within loyalist organisations such as the UDA. The case will seek to uncover the extent of collusion between the UDA and the British Military/Special Branch.

Over the next six months they must gather vital evidence for their case and are appealing to local people to come forward who may have witnessed something that night which they might not realise is significant.

They are also hoping that anyone who was familiar with the area at the time – possibly locals who were on the Stewartstown Road or Dairy Farm complex regularly, such as taxi drivers or delivery drivers – to come forward.

A key part of the family’s case is that the killers were able to make a clean getaway because the RUC road checkpoint that was regularly on the road at the time was dismantled in the short time before the murder.

Damien was working at a coal yard at the complex where he had been employed for a year. A popular employee, he never missed a day’s work and was told by his employers that when he turned 18 he would manage one of the company’s other outlets.

By grim coincidence he was only at work that evening because he had swapped shifts with a colleague, as he wanted to take his girlfriend to the pictures the following night.

His mum Marian is hopeful the family will some day get justice and said key to unearthing the truth might lie within the local community.

“It was a Thursday night so there was late night shopping, the Dairy Farm was a busy place with lots of coming and going,” she said. “There might be people who witnessed Damien’s murder who did not want to come forward at the time but I would ask them to come forward now.

The still-grieving mother said they will not rest until they get to the truth behind Damien’s killing.

“We want to show security forces were involved in the cover-up and colluded in the murder of a child,” she said.

“Damien would have been 40 this year. The fact that they sat and watched this happen I still can’t believe. We will keep gong with our fight.”

Relatives for Justice (RFJ) caseworker Paul Butler said he hoped the appeal will help assist the family at establishing the truth into how Damien was murdered.

“The changed political situation we hope will encourage people who would not have been willing to come forward in 1993 to be prepared to speak now,” he said.

Anyone who has information is asked to contact Paul Butler at RFJ on 02890 627171 or via email at adminrfj@relativesforjustice.com