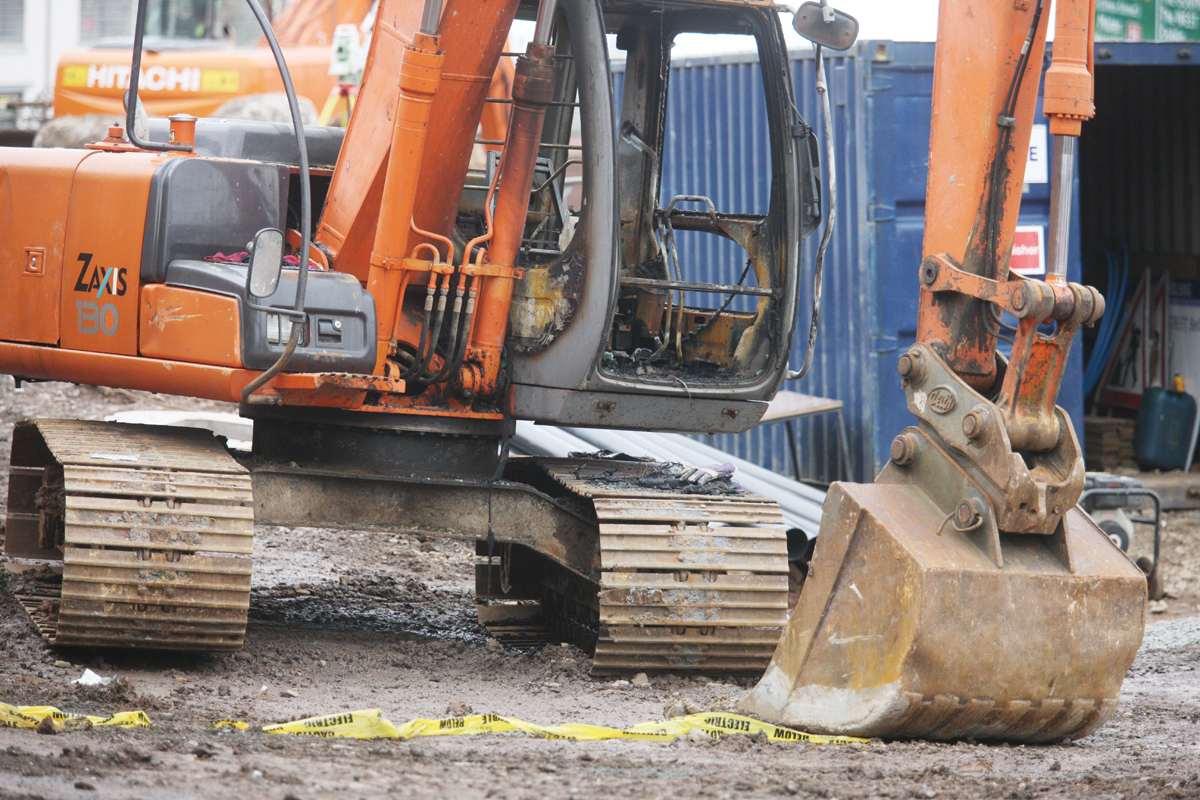 PROTECTION RACKET: A digger burnt out at a North Queen Street building site in 2015

THE New IRA has had to back off ‘protecting’ a North Belfast building site after the INLA moved in, the North Belfast News has learned.

We understand the builder was surprised to see a new ‘security guard’ turn up at the site and he was later told there had been a change of arrangement.

That was after the INLA flexed their muscle and the New IRA had to back off.

A source told the paper that if the INLA decided they wanted the protection income, there was little the dissidents could do about it.

“The New IRA are big news but on the ground they have very little members and even less weaponry. In comparison, the INLA is well armed and vastly outnumbers the dissident republicans.

“They are also more involved in crime. Outside of taxing drug dealers and protection rackets the New IRA doesn’t have a large income whereas the INLA have their fingers in many more pies.”

Developers across the north of the city have long been the target of gangs – both criminal and dissident republican – looking for easy cash.

Two years ago the North Belfast News reported how five separate gangs had tried to extort money from the developer working on the Girdwood site.

That was just weeks after diggers were burnt out on the social housing development on the site of the old North Queen Street barracks, which has now been completed.