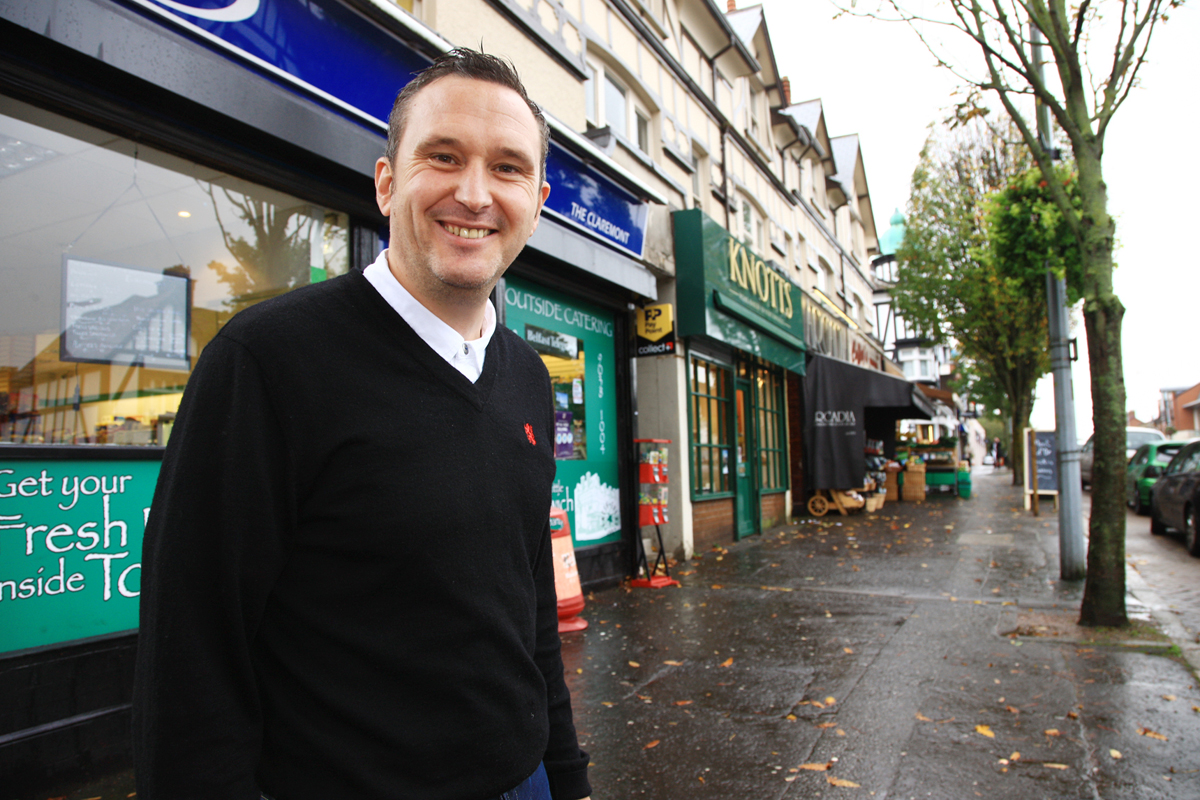 The Lisburn Road will “die off” unless drastic action is taken by the government to combat problems facing independent shops there, a trader has warned.

Mark Taylor, who is part of the Lisburn Road Business Association, was speaking after the ending of a consultation by the Department of Finance and Personnel into issues surrounding rates for businesses here.

At its launch in June, Finance Minister Sammy Wilson said the Rating of Commercial Property document would help to “rebalance the business rates system” in a number of ways, including charging a higher rates levy on larger shops and extending a rates relief scheme for small businesses.

But Mark, who owns the Claremont newsagents on the road, said independent traders there didn’t believe the consultation would have much impact there.

“To be honest we don’t foresee much changing with this because big businesses have a lot of power. If a few companies like Tesco, Sainsbury’s or Asda turn around and say they’ve got millions to invest in the country then realistically small businesses can’t compete with that.

“No radical changes will come and the problems will continue to happen on the Lisburn Road – shops will still close and if they are replaced with anything, it will be fast food outlets.

“Even if something happens then and the government decides to help the road, it will be too late. Once something is dead you can’t bring it back to life. Look at Stranmillis or Botanic – they are all just fast food, coffee and nightlife. That’s the way the Lisburn Road is going to end up the way things are going.”

Mark said he believed even changes to the small business rates relief scheme would not make much of a difference.

“The association has spoken to the minister personally about this in the past. My shop is 490sq ft and doesn’t qualify for the scheme because I’ve got several members of staff. Several shops here are owner-operated and have no staff, yet they don’t qualify because of their size.

“How small do you have to be? If they get any smaller they’d have to close. So most of the Lisburn Road doesn’t come into the minister’s thinking. What we really need is some innovative thinking, like our idea to make the road a business improvement district.

“It’s a scheme that has worked in America where we would promote the area and receive rates cuts in order to do so. It has been proven to help and would lead to more footfall and investment here before it’s too late.”

Minister Wilson said the results of the consultation would be known soon.

“ Only when I have heard the views of the finance and personnel committee will I present recommendations to my ministerial colleagues in the Executive. Following this I will announce final decisions on the way forward and present the necessary legislation to the Assembly so the expanded small business relief rate relief scheme can be funded and in place in time for next year’s rate bills.”