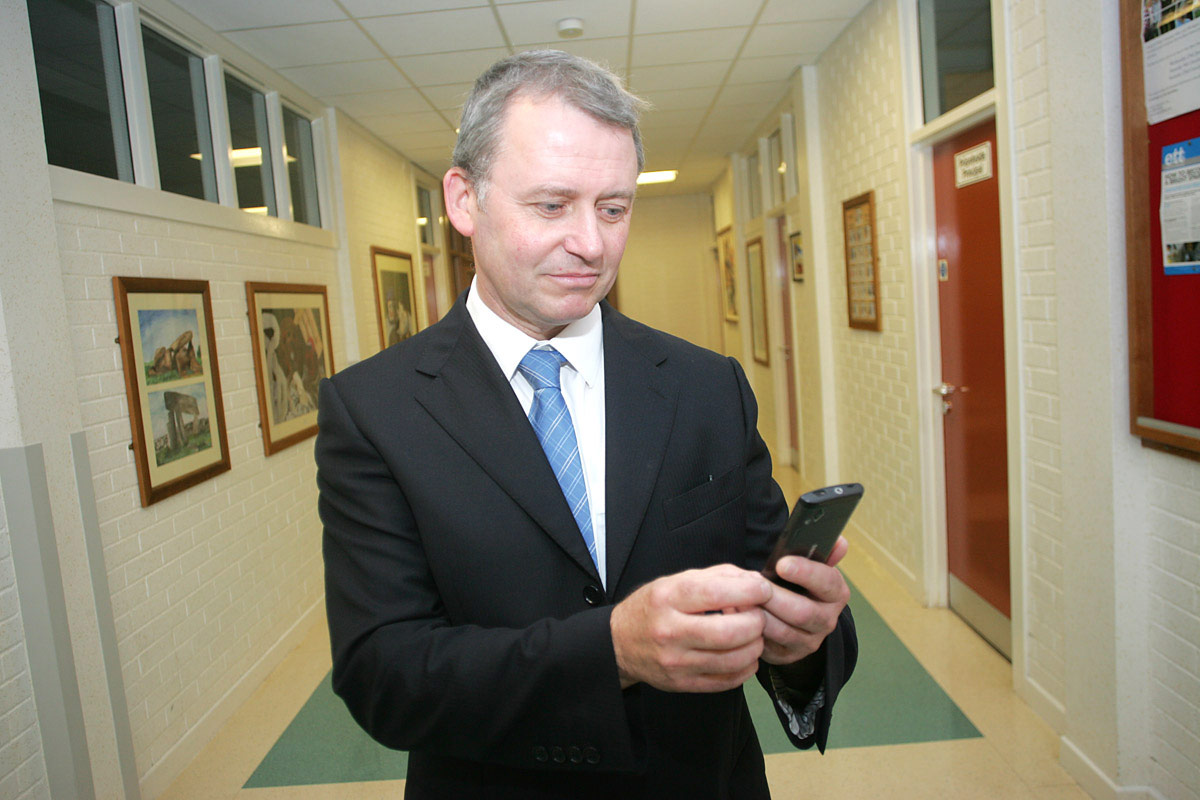 Bullying by mobile phones and the internet is the fastest growing form of bullying of school children, a senior teacher at a local school has said.

Patrick McMeekin, head of pastoral care at Edmund Rice College in Glengormley, said although cyberbullying is a relatively new phenomenon it is rapidly on the rise.

“It is the fastest growing area for bullying in any school and we are looking at it very closely,” said Mr McMeekin.

Over the coming week schools across the North are being asked to sign up to a week of events during November’s anti-bullying week, which this year is focusing on bullying via mobile phones and social networking websites.

“A lot of kids would be lost without their mobile phones and very often young people can get caught up in situations that are no fault of their own,” said Mr McMeekin.

“With the social networking and Facebook phenomenon, kids can be slagging each other off via the internet and that can be followed into the school environment. What we find is that there is a more general link with outside issues.”

He said mobile phones are banned in their school which also had measures in place to tackle cyberbullying.

“We deal with these issues and follow through with educating the kids on the dangers of cyberbullying, we have clear guidelines about usage and we offer support to parents. Our policy is that mobile phones shouldn’t be in the school and if they are they shouldn’t be used until they are leaving the school.”

Mary Collins from Little Flower Girls School said cyberbullying is something they are very aware of and are treating seriously.

“We look to educate our young people on cyber safety, and it is also important to educate the parents because very often young people are way ahead in their cyber skills.

“But children are vulnerable and if they leave themselves open to cyberbullying it can become a problem, that’s why it is important to educate them.”

Schools across the North are being encouraged to register before next Friday (October 7) in order to participate in this year’s Anti-Bullying Week which runs from November 14 to 18. Schools can register online for Anti-Bullying Week 2011 by logging on to www.niabf.org.uk before Friday, October 7 or contact Lee Kane, Regional Anti-Bullying Co-ordinator on 028 9089 1738 or info@niabf.org.uk.