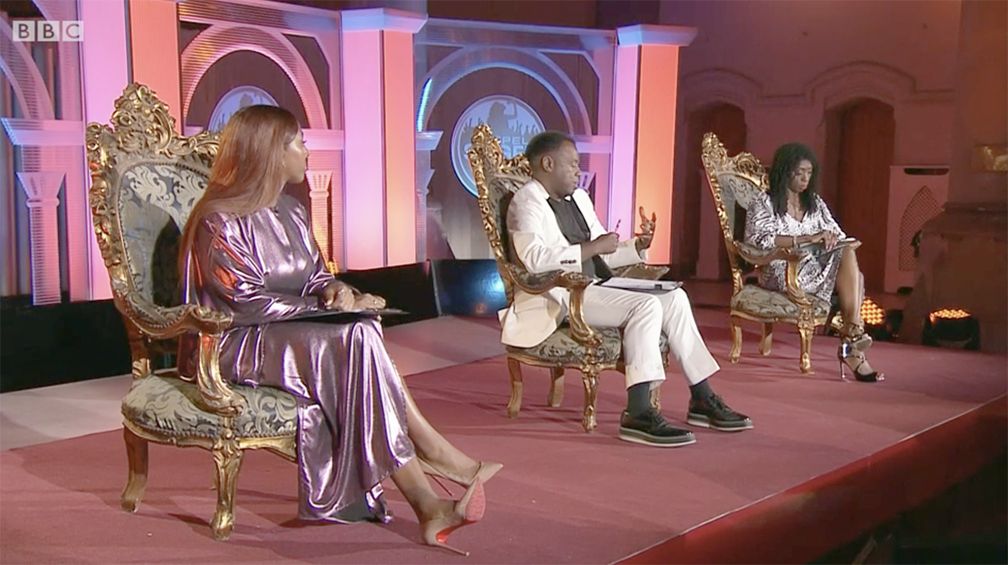 PRAISE BE: The Gospel judges

GREGORY Campbell has refused to apologise for his Songs of Praise outburst on Facebook. The DUP man complained that there were too many black people in a gospel music competition.

His response to the criticism, when it came, was almost as, ah, interesting as his original post. He told Radio Ulster’s Evening Extra that he couldn’t be a racist because he once liked an anti-Black Lives Matter tweet by a black English football player. And he added that nobody had complained about his Facebook post for days after it went up.

Convincing it wasn’t, but Gregory’s no stranger to  confused and confusing imbroglios, as Squinter has found out down through the years...

His 2014 ‘Curry my yoghurt’ outburst in the Assembly was as unsurprising as it was unfunny. The line was spoken with all the confidence and panache of Willie Frazer reading a prepared statement, but regardless of the ham-fisted delivery, it had the desired effect of copperfastening Gregory’s unassailable position as the DUP’s sneerer-in-chief.

It’s a sinecure that Gregory has worked long and hard to obtain, although hitherto his more colourful proclamations have been defensive rather than offensive. Such is his ubiquity on local media that he’s reputed to have his own dressing room at the BBC – indeed, there is no story of national or local import that the station thinks complete without a contribution from the Honourable Member for Londonderry East. Not surprising, therefore, that the list of quotable Campbell quotes is a lengthy one, but so’s you don’t have to, Squinter has selected Gregory’s three finest contributions to date to the Ulster discourse.

Gregory, Bart Simpson and the Ra.

This might have raised a laugh in Simpsons-loving households right across the globe, but Greg was not happy – he wasn’t happy at all. “The Simpsons is a humorous cartoon,” he began, displaying an admirable grasp of his subject, “but the context of using a line like that about an organisation which caused so much death will lead people to have very mixed views. Some people may take it as a light-hearted reference [ie 99.999 per cent of the viewing public] while others who were affected by the real-life violence of the IRA and are still suffering that legacy will not.”

Gregory’s sad conclusion was that the joke was just too soon. “It’s one of these things that, had it been done many years after the events, might have been looked at in a benign light, but there’s still a generation out there dealing with the aftermath of the IRA violence which was so brutal.”

Perhaps some time soon Gregory will tell us when it’s going to be okay for a yellow cartoon kid with ADHD and behavioural issues to start making jokes about a group that no longer exists.

Gregory, Dido and the Ra

Just a few months later, in December 2008, Gregory’s attention was drawn to a song on the new album by London-born singer-songwriter Dido. Her critically acclaimed third collection of songs, Safe Trip Home, includes the song Let’s Do the Things We Normally Do, about the slow ending of a relationship.

Her lover, we can only assume, is an Irishman, because the lyrics go: ‘Let’s do the things we normally do/I’ll say see you later/You’ll sing a line or two/From your rebel songs sung out of tune.’ And sure enough, in due course the woman wistfully recalls a line or two from her lover’s favourite song: ‘Armoured cars and tanks and guns came to take away our sons/And everbody’s stood behind the men behind the wire.’

Greg didn’t like this – he didn’t like this at all. “Given her Irish roots,” he began, again displaying an admirable grasp of his subject (Dido was born Florian Cloud de Bounevialle O’Malley Armstrong and her father, William O’Malley Armstrong, was a noted Irish publisher), it is inconceivable that she doesn’t know the background of the wording. She must know it was written about people who were murderers, arsonists and terrorists. She should clarify her position so that her fans and the wider public know where she stands on such things.”

To paraphrase Greg, given his Ulster roots you’d think it inconceivable that he doesn’t know the background of the wording of the famous Barleycorn song. The Men Behind the Wire is not a rebel song in the accepted sense of the word, ie a song of support for militant republican groups opposing the British crown; it is a song supporting the hundreds of Catholics and their families whose lives were torn apart when internment without trial was introduced in August 1971. ‘Operation Demetrius’ was warmly welcomed by most unionists since it caged only Catholics, but the Reverend Ian Paisley roundly denounced internment one month before he founded the DUP. History has shown the big man to have been right about that, as historians are virtually unanimous in declaring internment a strategic disaster.

Gregory, Kia and the Ra

In the spring of 2013 Korean car maker Kia unveiled a concept car at the Geneva Motor show. Described as a “racy” new urban vehicle, the Kia Provo was a name that Greg didn’t like – he didn’t like it at all (though the car had an orange roof and orange trim). So Greg tabled a motion in the House of Commons apprising Kia of the sensitivities of the name and asking for a name change.

In response, Kia released a statement saying they had no plans to launch a car bearing the name Provo.

Greg welcomed the statement, but in doing so he displayed a disappointing grasp of his subject because, quite simply, Kia never planned to launch the Provo, in loyal Ulster or anywhere else. Because of course concept cars aren’t designed to go on sale – they are designed to showcase radical and provocative design ideas, some of which may go on to be featured in future models, some of which may not. It’s why they are called concept cars and not cars.

Here are Greg’s thoughts on the matter: “Obviously a large multinational company may not be aware of the connotations surrounding a particular name. However, in such circumstances it is important that they act quickly when they are made aware that the name is actually linked to a terrorist campaign. The motion which I tabled in the House of Commons was aimed at making Kia aware of the particular sensitivities and to request a change. In this case Kia have acted quickly and issued a clear statement that they will not launch a car in the United Kingdom with this name and will not utilise this name in any other way.”

Showing a rather keener sense of humour than the boul’ Greg, a spokesman for the company said: “We’re sorry if anybody takes any offence, but this car is not about Northern Ireland (listening, Greg?). It won’t have the slogan No Surrender on the boot and we’re not going to do a Free Derry special edition or anything of that nature. It’s to show what Kia’s designers are thinking, to gauge opinions and get feedback on the car, not the name.” Throw in the small but not insignificant fact that not one of the people arrested in the internment raids was guilty of anything (the clue is in ther word internment) and the car crash is complete.

Interestingly, on Wikipedia the word Provo has 17 various entries, with the IRA Provo one coming 15th on the list. Included in there are the Utah and Kentucky towns of Provo; the Dutch Provo movement, a hippy clique from the 1960s; the USS Provo, a United States naval vessel that saw action in the South Pacific; and Fred Provo, the former Green Bay Packers running back. It’s not clear whether all or any of these things have any connection to the Provisional IRA or whether Greg has any plans to request that the names be changed to avoid upsetting Prods.

Curry my yoghurt update: On his Facebook page on the  Tuesday after, Gregory claimed that two children who had criticised his Assembly remarks in Irish online had been using autocues. Squinter’s not sure whether he was joking or not, but if he was then the joke failed the first joke identification criterion, which is that it must be recognisable as a joke. What Squinter is sure of is that despite his strong feelings about language, Greg can’t spell the word language – he thinks it’s spelt langauge. That’s so funny it’s worthy of a Gregory quote itself.

It’s simple, Simon: stop putting your foot in it

CHIEF Constable Simon Byrne is possibly the closest thing that the PSNI has to Gregory Campbell (see story right) in terms of the repeated placing of his regulation size nines in his oral cavity.

Squinter’s two favourite Simon moments were his A-Team Christmas card from Crossmaglen barracks, when he posed for a picture with colleagues sporting enough firepower to stage a coup in a small country. That was followed up by a suggestion that paramilitaries should have their children taken away. “My message to them is if you carry on doing this we will have your house, we will have your car, we will have your kids, we will have your benefits and we will put you in jail.”

Not only have the police not followed up on the threat to take away the kids of paramilitaries, they have decided the best way to deal with them is to follow them about East Belfast for half an hour while they get on with the business of putting people of their homes. That would have been bad enough if they hadn’t followed that up a few days later by arresting a victim of the 1992 Sean Graham massacre at a commemoration.

To be fair to the Chief Constable, he acted quickly once he had seen both the phone camera video online and the officers’ body cam footage, suspending one officer and repositioning another. He has also met with a wide range of political opinion and has promised to meet victims of the atrocity. Needless to say, the DUP, the UUP and the TUV weren’t too impressed as they’re firmly of the opinion that the police should be allowed to break up a socially distanced solemn commemoration and frogmarch away in handcuffs a man who had been shot seven times in the atrocity. Oddly, the UVF/PSNI Benny Hill closing credits scene in East Belfast was not something that exercised them to the same degree.

Why they had a problem with the suspension and repositioning of two of the officers involved in the Ormeau Road incident isn’t entirely clear, as suspending an employee who’s wrapped up in controversy is a fairly standard practice. As long as it’s in the employment contract and as long as it’s done reasonably it’s standard procedure and is done without prejudice. But suddenly loyal Ulster was convinced that the two officers had been carted off to Maghaberry in leg-irons.

The former Policing Board Chairman Denis Bradley was fairly relaxed about the implications of the Ormeau incident, telling Mark Carruthers on Radio Ulster’s Talkback that he didn’t think it had dented nationalist confidence in the PSNI. Now Squinter knows Denis is a Derryman, and he knows Denis voted for Brexit (no, really), so he’s not exactly plugged in to the thinking of Belfast nationalism. But it’s Squinter’s job to point out that when the story broke on Friday afternoon, and continuing on into the evening, there was a huge outpouring of resentment and anger in West Belfast. No doubt that was doubly so on the Ormeau, and Squinter might even be so bold as to say that some nationalists in the Maiden City may well have been less than impressed. 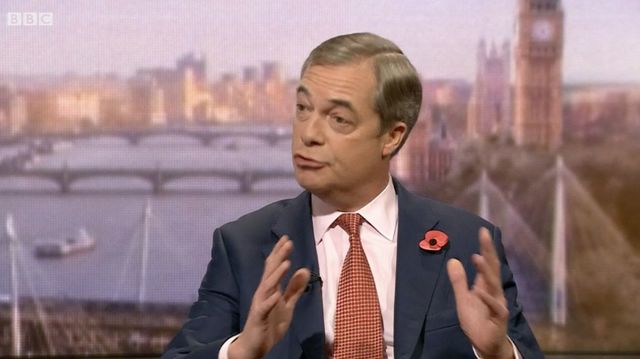 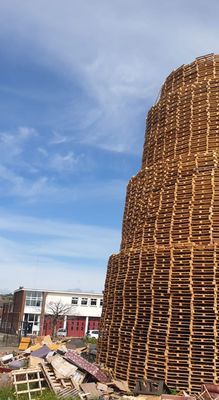 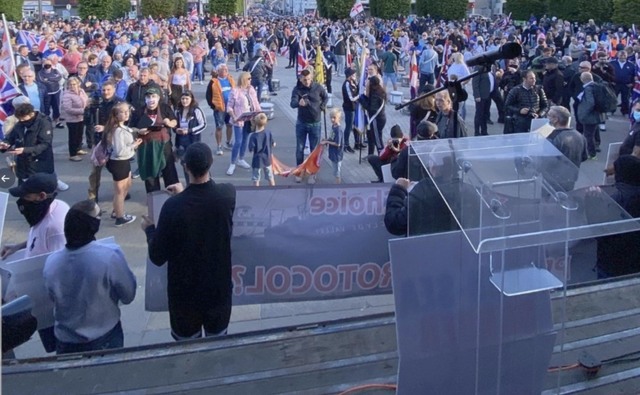