It could pay to back the Boks in Japan 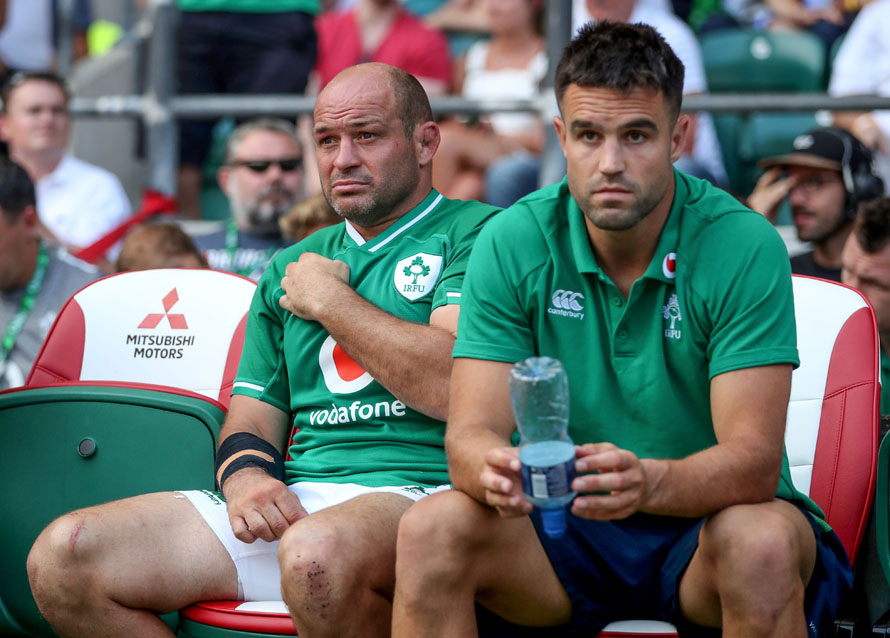 IRISH CHALLENGE: Joe Schmidt’s team are 9/1 with local layer Sean Graham Bookmakers to win the Webb Ellis Trophy but we think the Quarter Final Hoodoo will strike again in Japan

World rankings are a funny thing. Apparently, Belgium are the top-rated team in world football, ahead of Brazil and the actual world champions France writes our rugby tipster Paddy Tierney.

In golf, Englishman Justin Rose moved to world number one ahead of the US Masters despite his one and only major victory coming at the 2013 US Open. With the Rugby World Cup taking centre stage over the coming weeks, it is worth pointing out that Ireland are back to being the top-rated team in the world. That’s Ireland, who are rated as 9/1 shots to lift the Webb Ellis Trophy.

That’s Ireland who were obliterated 57-15 in last month’s warm-up game at Twickenham.

It seems back-to-back wins over Wales at Cardiff and then Dublin were enough to promote Joe Schmidt’s side back to number one. Yet, Ireland have a painful history at the Rugby World Cup and have failed to make it past the quarter-final stage in eight previous attempts. In 2015, they topped Pool D, but were humbled 43-20 by a ravenous Argentina side in the quarters. Their pain was only lessened by the fact that hosts England failed to make it out of Pool A behind Australia and Wales. However, the 2003 winners look a different proposition four years on and Eddie Jones’ side are a real threat. They are 2/5 to top a Pool C group containing France and Argentina and look set to take on either Wales or Australia, who should finish first and second in Pool D, in the quarters. Pool B looks a shoot-out between world champions New Zealand and South Africa, while Ireland’s opening game against Scotland on Sunday could well determine who tops Pool A. Hosts Japan might have something to say about that and neither side will take them for granted after they caused one of the biggest upsets in the history of the competition by beating South Africa in their opening game of the 2015 World Cup when managed by the aforementioned Jones. Either way, Ireland will face an almighty challenge to better their horrendous World Cup record as they will face either New Zealand or South Africa in the last eight.

I think both Ireland and the All Blacks will top their group meaning it will be Scotland versus New Zealand and Ireland against South Africa. While Ireland have proven that they can beat any team in the world on their day, I can’t help but feel like the World Cup arrives 12 months too late for Schmidt’s men, who seem to thrive when they are written off. The decision to leave Devin Toner at home has divided opinion, while captain Rory Best is now 37 and will retire after the World Cup. Fitness doubts continue to linger about Johnny Sexton (when is he never a fitness doubt?) and Keith Earls, while Robbie Henshaw has been ruled out of the Scotland game with a hamstring injury and Ireland look destined for another quarter-final exit with most firms going 4/6 on that outcome. Elsewhere, I like the look of Wales at 4/5 to top Pool D and I think they’ll end up playing France in the quarter-final. If my predictions are correct, that would leave Warren Gatland’s side taking on South Africa in the last four. Wales are one of the few teams who should match the brute force of the Springboks and I wouldn’t be surprised to see them reaching the decider.

That being said, almost every betting preview I’ve read has tipped South Africa as the winner and as much as I hate hopping on the bandwagon, they looked to have assembled one hell of a squad. The other semi-final could be the game of the tournament with world champions New Zealand looking like they are on a collision course with England. Australia could throw a spanner in the works in the quarter-finals, but I’ve a gut feeling/fear that England will go very close. Final Prediction Thankfully, their outright odds are 5/1 are far too skinny for me to consider the unthinkable, but they may well reach the decider with an England versus South Africa final priced at a tasty-looking 12/1. Back in 2007, the same countries contested the decider in France with South Africa winning 15-6 in a cagey affair at the Stade De France and I fancy a repeat of that result at the 75,000-capacity International Stadium in Yokohama.

A certain Bryan Habana was the star of the World Cup 12 years ago, scoring eight tries and Cheslin Kolbe could be worth a wager in the top-tryscorer market at 14/1. The 25-year-old winger scored two tries at the weekend as Rassie Erasmus’s side defeated hosts Japan in their final warm-up game 41-7. When you consider that Ireland’s Jacob Stockdale is as low as 9/1, Kolbe looks outstanding value while George North could also be worth an each-way punt at 25/1. The Kolbe/South Africa double is also available at 66/1, while those looking a patriotic punt could do worse than back Iain Henderson (each-way) to score the first try for Ireland in Sunday’s opening game against Scotland with the Ulster ace available at 33/1.