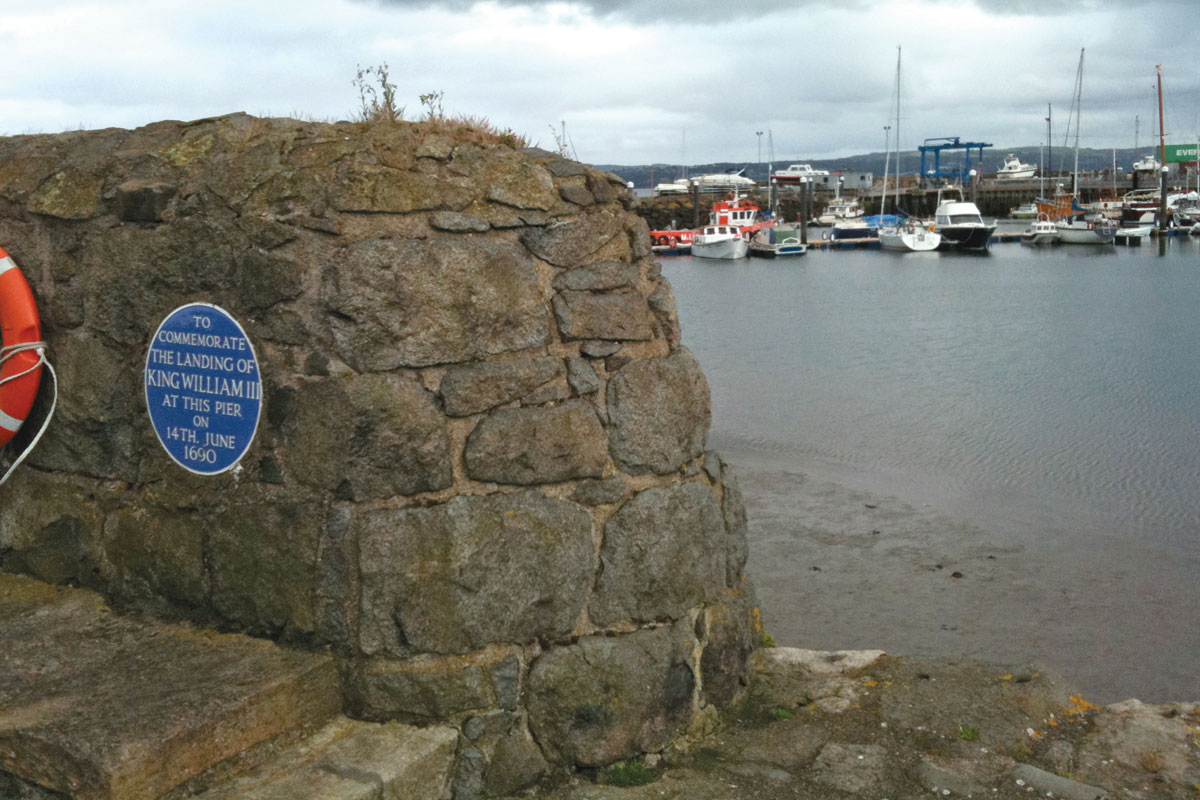 UNFORTUNATELY the little dog had already done its business by the time he and his master arrived here on Tuesday evening – the very spot where King Billy landed at Carrickfergus in 1690 – so the unofficial visitors’ book for Catholics wasn’t signed.

It’s still a nice walk along the sea front promenade from the castle up to the railway station, but across the busy road and in the town itself the picture is rather different. Carrickfergus – or Carrick as it’s known locally – isn’t having a good recession, with the possible exception of the town’s hardboard sellers. Squinter blames Prince William. The place wasn’t this tired and run-down when Squinter last visited earlier this year, but since then a new baron has been installed to oversee the toothless peasants. Wills is the new Baron Carrickfergus, a title which died with its previous owner in 1883, only to be resurrected in April as a wedding gift to the young prince; in that time it appears that shops and businesses have been disappearing as quickly as Wills’s hair.

Uncertain times, but at least the castle and the harbour remain unchanged and unchanging. For now.