Johnnies at the Championship double 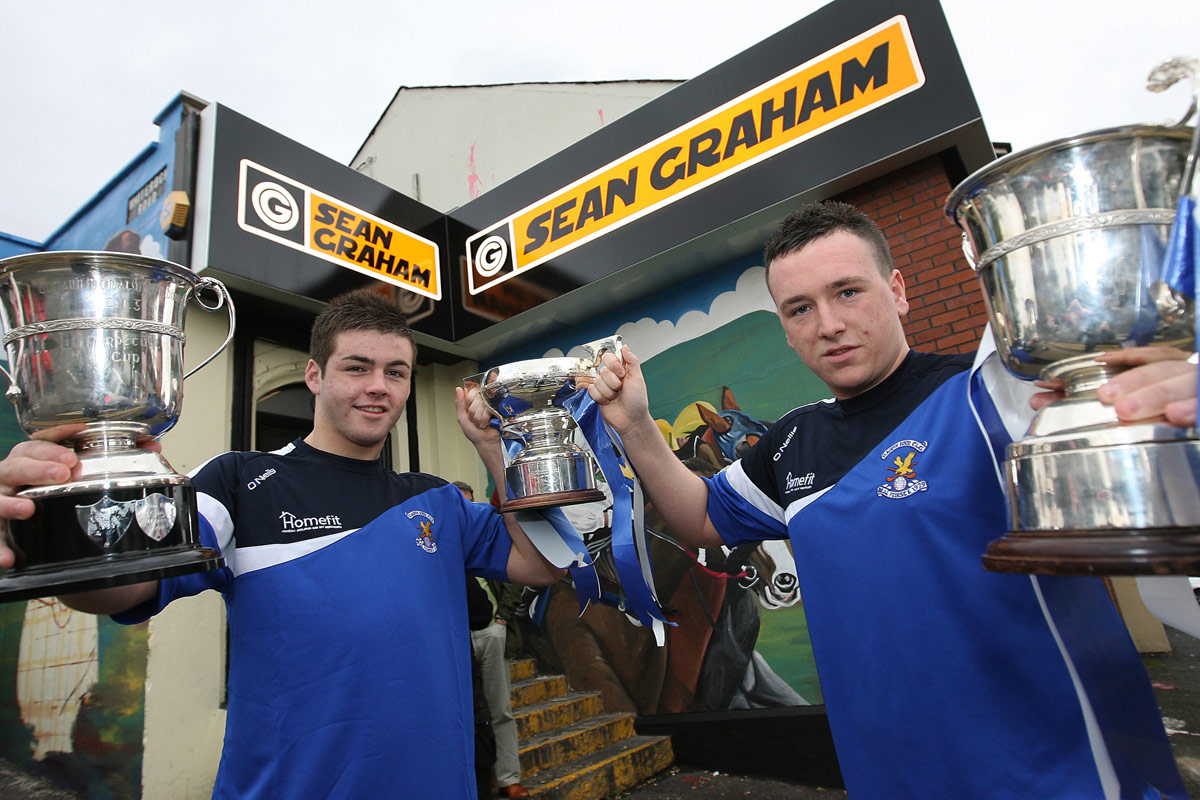 Like Whiterock Road buses, you wait a long time, then two come along at once.That was the feeling for the St John’s club this summer when they bridged a seven-year gap between All-County minor titles to land the top prize in both codes.

The Johnnies’ minor hurlers kick-started the silverware haul by winning the Whiterock club’s first hurling title since 2004 after beating Cushendall by 1-15 to 2-07 at Casement Park in mid-September.

Buoyed by their small-ball code exploits the footballers followed suit a week later by winning the football showpiece thanks to a 3-07 to 0-05 triumph over  Lámh Dhearg.

It was a remarkable achievement for a set of players the vast majority of whom featured in both codes.

St John’s have long been a conveyor belt of talent, producing successful Féile sides year after year, who went on to shine on the National stage.

But 2011 was the year they stepped it up a level to secure all-county honours at Under 18 and herald a bright, bright future for the Corrigan Park club, who will have a busy Christmas representing the county at the St Paul’s and Slaughtneil minor tournaments.