JUDE COLLINS: Lessons from an earlier retreat from Kabul 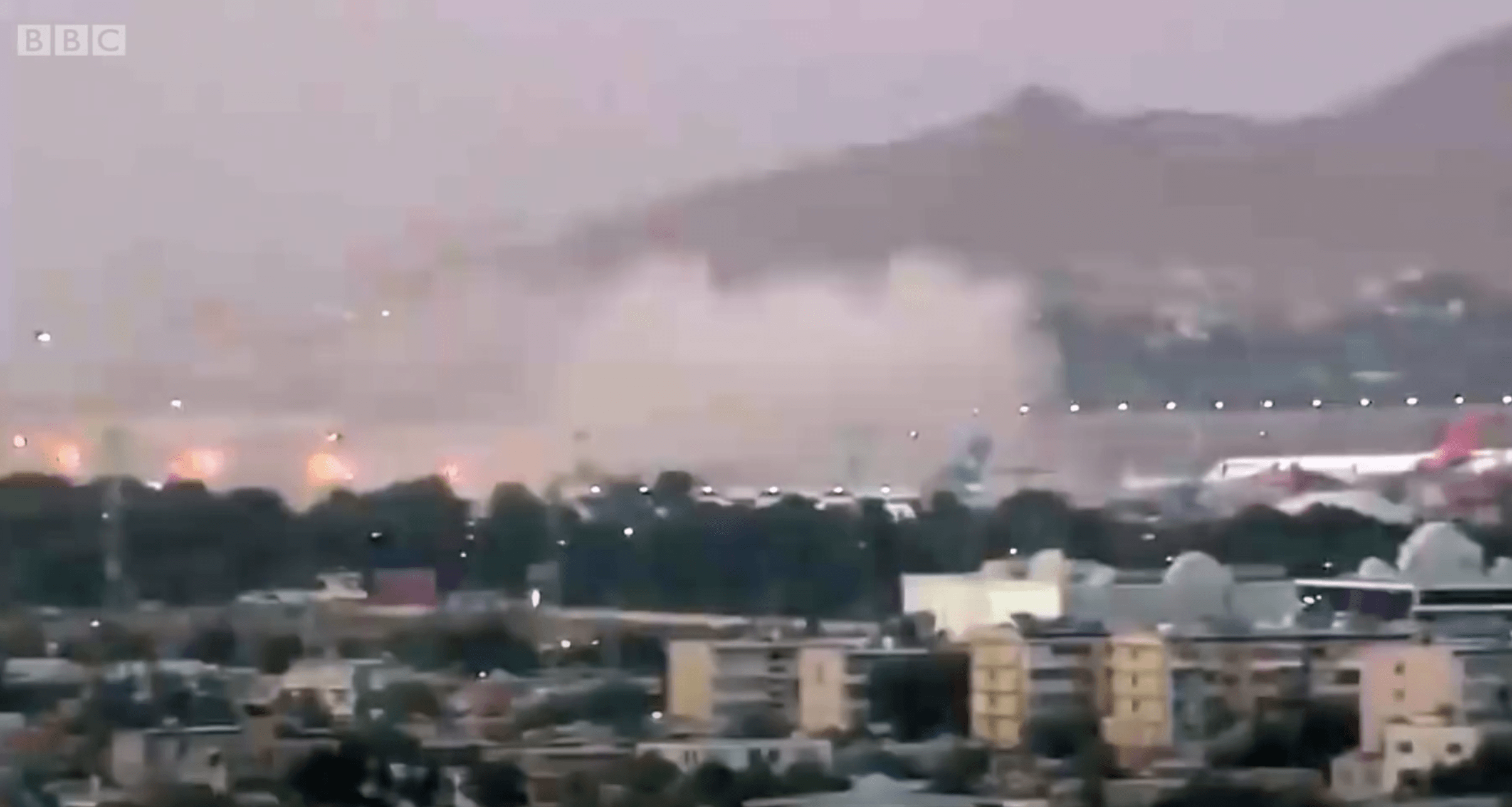 OUTRAGE: Plumes of smoke rise up from outside Kabul Airport after Thursday's attack

IN 1838, a 20,000-strong British army marched into Kabul. They installed Shah Shuja as an Afghan puppet leader. The Afghans, not surprisingly, hated the invaders, and in 1841 insurrection broke out. In the winter of 1842 the British began to withdraw. The cold weather took its toll; then, as the British reached a mountain pass called the Khurd Kabul, the Afghans attacked  and the British were slaughtered. Of some 16,000 soldiers and civilians, just one survived.

Today, history looks like doing an encore. We see the Taliban’s PR man, Zabihullah Mujahid, promise everything but mom and apple pie: a full amnesty for all opponents, a system where women will be able to be fully educated and have jobs, uncensored media and a government that would unite Afghanistan. All within the confines of sharia law, of course.

Brave words. Alas, reports from some quarters suggest a less sunny future. There are stories of journalists being harassed, women stopped from attending university, Taliban going from door to door to locate those who co-operated and worked with the US and the UK forces.

The US and the UK have pulled the plug and withdrawn, leaving hundreds, maybe thousands, of Afghanis desperate to go with them. Gentleness with collaborators is not  an outstanding Taliban quality. Kabul airport in recent weeks has been a replay of the American abandonment of Saigon, where desperate Vietnamese tried to cling to the last helicopter from the American embassy.

What baffles is how the Taliban, which on the face of it look like a rag-tag gang  wielding AK47s, has managed to see off the might of the USSR and now the US and the UK.

So why did the US invade Afghanistan, when the miserable experience of the mighty Red Army should have taught them it wouldn’t work? In part at least because twenty years ago, the events of 9/11 demanded that the US come up with a big military gesture, and Afghanistan became the target, since Osama Bin Laden was reported to be hiding there.

There are also some less-talked-about economic factors: Afghanistan has $88 billion worth of copper, 1,596 million barrels of untapped oil and 444 billion cubic metres of natural gas. Given time and control, you may be sure the US and the UK would have found ways of plundering those resources. Alas, their time is up and they have paid the cost invaders usually find they must pay: almost 500 British soldiers killed, almost 4,500 American troops killed. As one letter-writer to an Irish newspaper noted, the $2.26 trillion expended on the Afghanistan war effort by the US could have been used to give every household in Afghanistan around half a million dollars. But of course that didn’t happen, and if you invest in a huge army, you have to use them from time to time to do a bit of blood-letting somewhere, otherwise the American electorate might begin to wonder why they were maintaining such a killing machine at such enormous cost.

To put it mildly, the Taliban are purveyors of rough justice; but against that we must remember that Afghanistan is their country, not that of the UK or the US. The UK and the US are invaders. The Taliban bring not just fear for many collaborators,  but also a seriously restricted life for all Afghani women.

That said, I’ve never been to Afghanistan and you probably haven’t been there either. We get our picture of events in Afghanistan filtered through Western media. We assume that the reporting is honest and factual, but we also know that the mainstream western media are happy to distort what is happening if they think it necessary.

Ninety-nine per cent of us have to rely on the B(ritish)BC and such false-note organs as the Daily Mail. On a bad day, the mainstream media serve us a dish of concentrated lies; on a good one, half-lies.

Despite these distortions, it’s clear to see that the Americans and the British have learnt nothing from the events in the Khurd Kabul pass in 1842