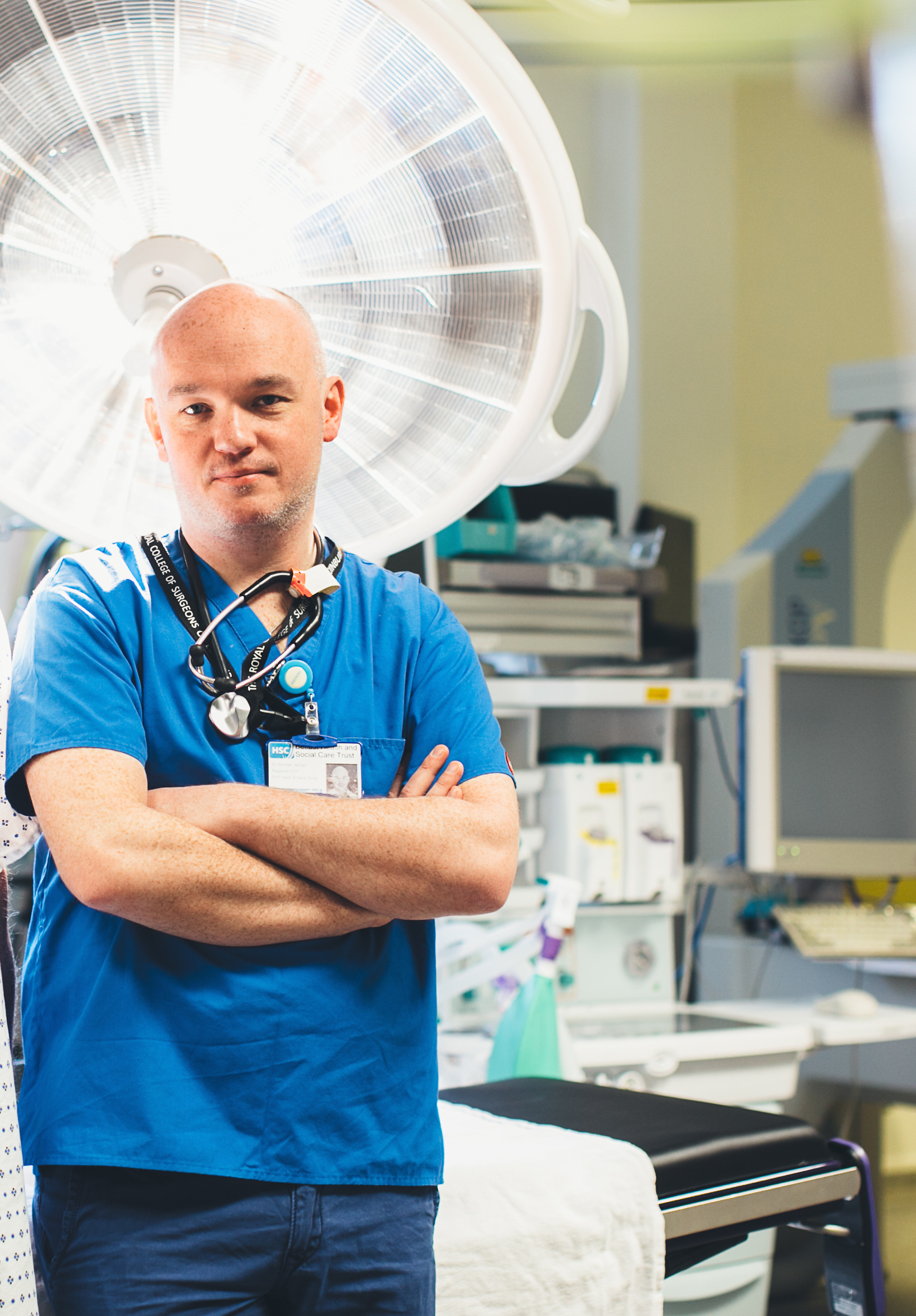 Dr Michael Moran says the protest is not about money

HUNDREDS of junior doctors are set to take to the streets of Belfast on Saturday to protest against proposed changes to their working contracts.

The new contracts, which have been rejected in Scotland and Wales, will result in a substantial increase in the routine working hours of a junior doctor from 60 to 90 hours per week. Instead of 7am to 7pm Monday to Friday, it will be “routine” for doctors to have to work from 7am to 10pm on any day of the week, including weekends.

The new contract will abandon the current system of rota planning, which protects against doctors working excessive hours to allow for adequate periods of rest during shifts. The new contract would see a doctor who is working an 11-hour entitled to just a 20-minute break.

Former Rathmore pupil and Queen’s University graduate Dr Michael Moran explained that Saturday’s rally at 2pm is in support of their colleagues across the water in London, where the change in contract has already come into effect, who are protesting at the same time.

“There is grave concern here in the north among doctors that it is the government’s intention to impose the new contract here,” he said. “We have written to the office of OFMdFM and the Health Minister Simon Hamilton to state our case – but we don’t know if this is coming into force or not as we don’t have a Health Minister at the moment. Scotland have said no, Wales have said no and the north is in suspended animation.”

The trainee ENT (Ear, Nose and Throat) surgeon at the Royal Victoria Hospital spoke of how the Conservative government’s spin, that the public should have access to their doctors seven days a week, is nothing more than a soundbite.

“What we would say is that we are available seven days a week – but for all routine services to persist on a Saturday, Sunday, well you would need a hell of a lot more than just doctors on the ground.

“You would need all of the support service of porters, cooks, cleaners, radio-graphers, pharmacists, it doesn’t take much to realise that with an already stretched NHS there is no capacity unless you double the numbers of doctors on the ground to work these shifts. At the end of the day a tired doctor is one whose decision-making and pro-ficiency is at risk.”

Dr Moran continued: “I’m contracted to work 8.30am to 5pm but in reality I’ll be in from 7am to get sorted, prep for the day ahead and finish at 6pm or after, so doctors aren’t really clockwatchers anyway and we don’t really mind doing as long a day as is required. But what we are insulted by is the fact that, given that we are all working hard to keep the NHS afloat, to then be faced with these penalties is very extremely worrying.”

Dr Moran told the Andersonstown News that if the contract changes are implemented it is likely that junior doctors pay will drop substantially.

“But this is not our main concern. This is a public health and safety issue – simple as that. Everyone in their life has to depend on a doctor at some point, whether for themselves or their loved one. This is not about pay – it’s about the NHS becoming unsustainable in its current form, which will leave it ripe for private takeover.

“We want to avoid industrial action, we want to avoid disruption of services. We will be able to make our voices heard on Saturday without disruption to NHS practice. We would be better paid in a private healthcare system so why would doctors argue against privatisation? It’s because we are committed to the ethos of the NHS. This is a very dark period in its history.

“We don’t want to get to the situation where patients are discharged from hospital in taxis with an unknown destination which happens in the States where if your insurance doesn’t cover it then you don’t get it. We don’t want to have a tiered health system.”

Dr Moran said staff are increasingly under pressure, which begs the question, what other hits can they take?

“We go in early, leave late, we work outside of work, carry out unpaid in-house research and then to be told we are facing longer hours and a pay cut is nothing short of insulting.

“I know I speak for many of the junior doctors out there when I say that it’s a job we absolutely love. It’s a highly privileged position to be in, to be with people and look after them in their hour of need. You are giving an expert opinion and comfort.”

The 35-year-old said there is still an opportunity at Executive level to say no to the changes.

“With the resignation of the current Health Minister Simon Hamilton we are conscious of the urgency of a clear decision from Stormont on this matter. In the absence of strong leadership and of opposition to the new contract, it seems likely that the north will shortly follow in England’s footsteps. We are appealing to other doctors, care workers and those who feel as strongly as we do to join with us on Saturday – before it is too late.

“The NHS is glued together by its employees. To underestimate the import-ance of morale within it is so flippant and could have very serious consequences.”

The junior doctor rally will take place on Saturday, October 17 at 2pm at the City Hall. All members of the public are welcome to attend.