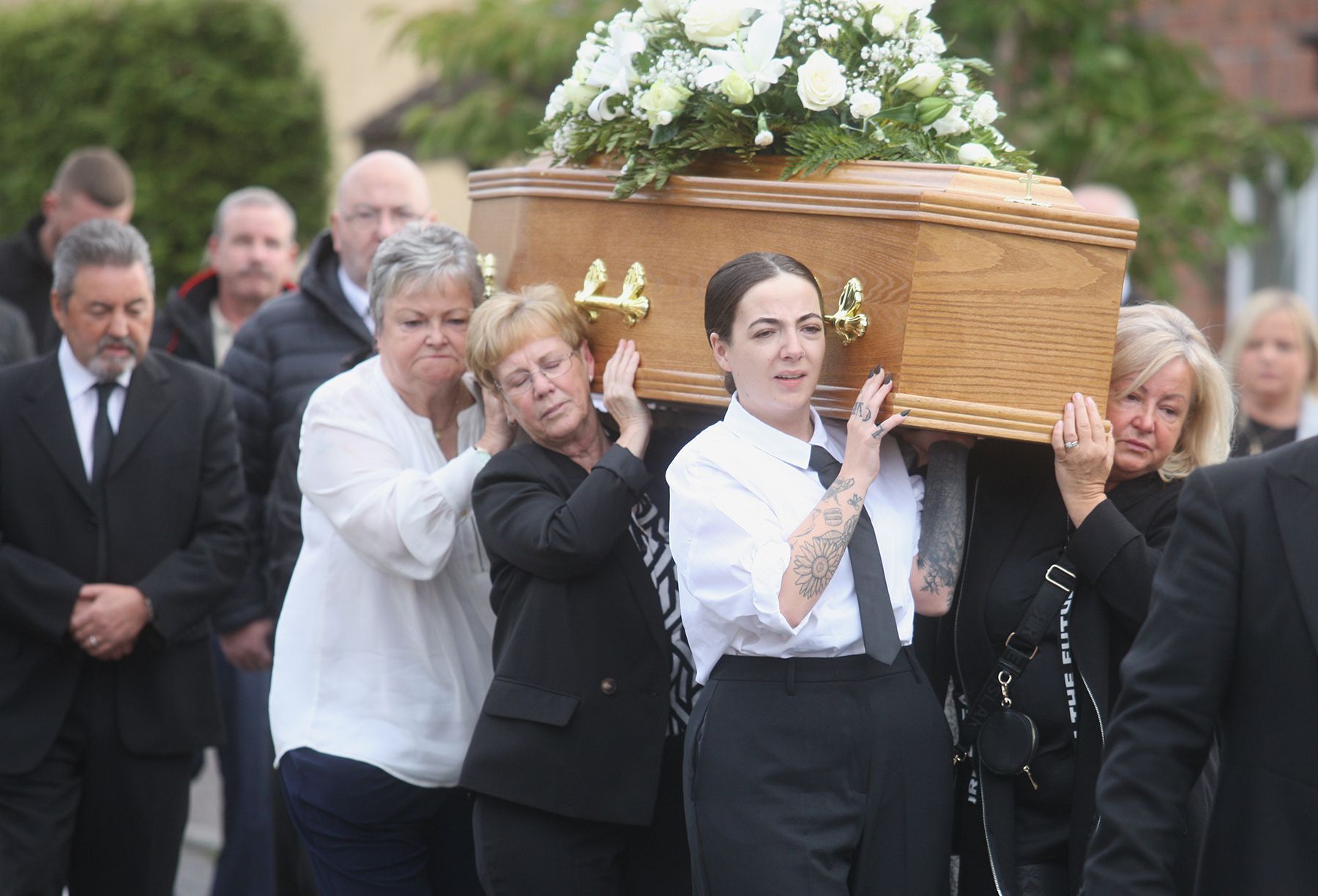 FUNERAL: The funeral has taken place of Liam Holden who died on 15 September

THE funeral has taken place of Liam Holden who died on 15 September at the age of 68.

At the age of 18 he was sentenced to hang for the 1972 murder of a British soldier. He had been arrested under the Special Powers Act and claimed that while in custody, he was coerced into confessing to the killing of Private Frank Bell.

Liam had claimed that he was physically assaulted by members of the Parachute Regiment while in military custody, subjected to waterboarding, hooded, and then driven to the Glencairn area of Belfast where he claimed the army threatened to shoot him at gunpoint if he did not confess to the murder of the soldier some four weeks earlier.

Earlier this year, Liam Holden began civil proceedings seeking compensation in respect of allegations of waterboarding by members of the Parachute Regiment during his interrogation with judgement in the case due later this month.

Addressing the congregation in St John's Parish, Deacon John Downey said: "Liam began his journey when he was born in 1953 in the bungalows at Westrock and grew up with 12 siblings under the loving care of his parents Samuel and Martha.

"After finishing school at the age of 15, Liam trained as a chef in the Chimney Corner. It was during this time that he acquired a great love of cooking which he kept up all of his life.

"However, Liam's aspiration to be a highly respected celebrity chef, which he would quickly remind anyone who would listen that he was more capable of doing, was cruelly interrupted when at the age of 18 he was arrested, sentenced to death though subsequently committed to life.

"Liam was to spend the next 17 years in Long Kesh. A lot of people would have found this period of incarceration quite daunting but Liam spoke of this period with great fondness.

"He loved the sense of camaraderie the collective and personal friendships. The togetherness and the empathy of sharing a common cause.

"Upon his release he married his beloved Pauline, raising his two children Samuel and Bronagh. He began working as a taxi driver which he loved doing as he was able to talk to different people every day.

"This was right up his street or road."

The Deacon described Liam as "a quiet man" but told the congregation that he lived to make people laugh.

"If you found yourself in Liam's company, you were guaranteed to come away full of laughter.

"This is a great gift to have and one which Liam used to his advantage no matter whom he met or who was in any sense of need or assistance, Liam was always there without any hesitation.

"However, I would suggest there was a little flaw in Liam's character. One which I know some of the congregation would agree with. Liam loved football, but he had a very poor taste in teams.

"He loved Arsenal. I will not say any more other than it does reflect Liam's great sense of humour.

"Although there were many joys and much laughter in Liam's life, he also had his share of sorrows, particularly with the loss of his beloved Pauline, his dear parents and siblings.

"He also had his share in illness which he faced with great courage and fortitude but sadly succumb to on 15 September, surrounded by his loving family who without doubt will miss him terribly."

Following Requiem Mass, Liam's remains were buried in the City Cemetery. He is survived by his children Samuel and Bronagh and wider family circle.