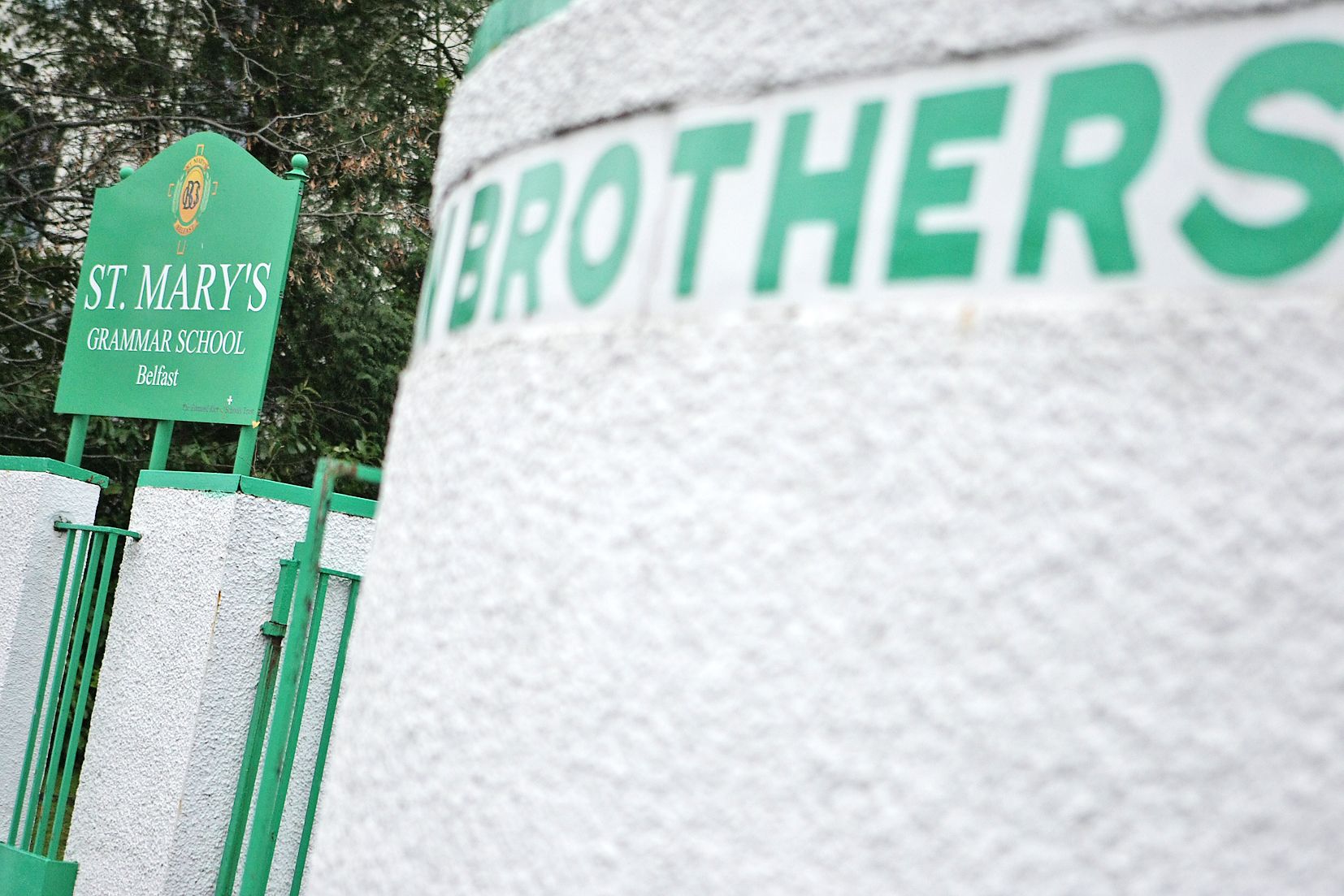 The father of a lower sixth pupil from St Mary’s Christian Brothers Grammar School has called for greater clarity and communication from the school after his son was sent home until next Thursday following a student testing positive for Covid-19.

The parent, who wished to remain anonymous, told the Andersonstown News that he had been left “fuming” after his 16-year-old son was sent home on Monday and told not to return to the Glen Road post-primary until September 17.

The school have stressed that they are following Public Health Agency (PHA) advice.

“My son rang me on Monday to say they, his year group, were being sent home after another child had been diagnosed with Covid over the weekend," he said. "My son said he was nowhere near this wee boy, that they don’t pass in the corridors, the kids are wearing masks in the classroom and corridors.

"I was trying to get him tested and we were told the nearest test centre was in Scotland, I live in Northern Ireland so how does that work?” he said. “I was told by the school that even if my son got tested and tested negative he would still have to stay off until next Thursday. I mean, the guidance clearly states if you aren’t showing symptoms within 48 hours then surely you are ok? My son isn’t showing any signs of Covid, the whole lower sixth form is out, I’m fuming to say the least.”

He continued: “I understand that everybody is concerned about Covid, we are all trying to get back to a normal life and get back to work. I’m a single parent and it’s extremely hard for me to juggle my full time work with my kids.

I have a young daughter in primary school and if she comes out I will have to come out of work and not get paid. I want my son to have the normality of his school life, how do you do that by sitting in the house? I’m calling for more clarity and more communication from the school, the government needs to step in and put something in place for these children in these instances. It’s coming into the colder weather, if my son gets a cold is that him off for two weeks?”

St Mary’s Grammar School Principal Siobhan Kelly said: “On Monday a Year 13 tested positive for Covid-19 and his parents contacted the school as is the school’s policy and we put into place our contingency plan which is to contact the Public Health Agency (PHA) and take their guidance. Year 13 pupils are in a year group bubble due to subject options and choices so when we went through our risk assessment we realised the majority of that year group, which is a large group, you are taking over 180 odd children, could have had potential contact with this student. PHA advice was that those children be sent home and to quarantine initially.

“On Tuesday PHA, their doctor, phoned me and advised that the boys would now need to quarantine until September 17 so that is what we have done. The year group are now working remotely from home on Google Classroom which was set up by their teachers in June in preparation for the likes of this.

There have been some frustrations from parents in relation to testing but we have been advised even if they get tested and they get a negative they could still have the virus and not be symptomatic therefore they have to remain in quarantine until that date so we are looking forward to getting them back.

"At the end of the day we want to keep staff and pupils safe and that remains our absolute priority and we will continue to do that. I have to say our parents have been very supportive of the situation and understand that our hands are tied in relation to the guidance we have been given.”