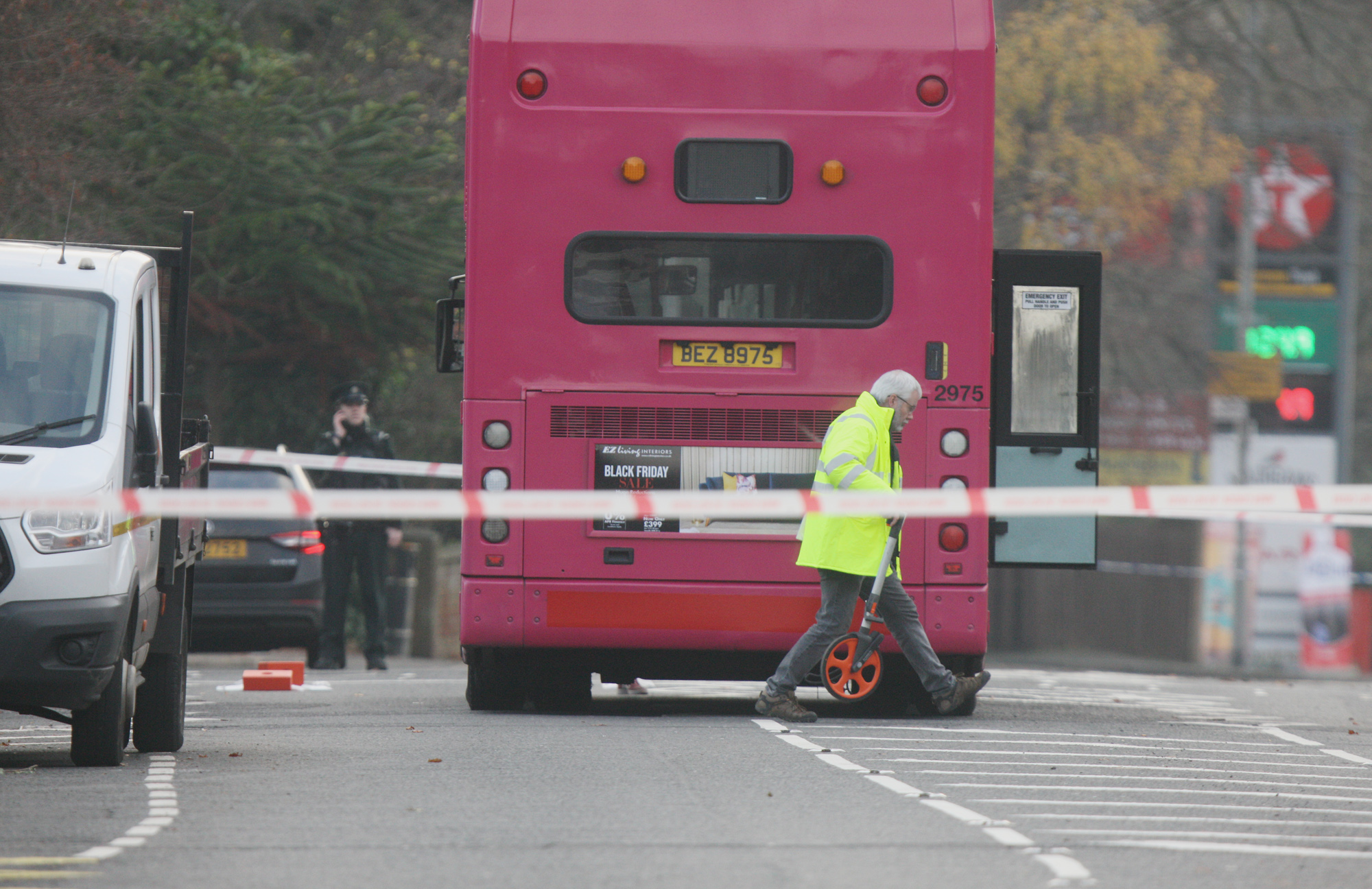 The road accident involving a bus on the Antrim Road

A MAN has been taken to hospital following a serious collision on the Antrim Road this morning.

Police have closed the Antrim Road in both directions in the area of Madigans Court garage.

Diversions are in place at Grays Lane and Downview Avenue with delays expected due to widespread traffic disruption.

A Translink spokesperson said: “We can confirm a route 1J Metro bus was involved in a serious incident at Grays Lane on the Antrim Road at 6.25am this morning.

“A man has been taken to hospital. Emergency services and the PSNI attended the scene.
“We are investigating and are assisting the PSNI with their inquiries.”

Ben Madigan Prep School, Our Lady of Lourdes Primary, and Park Lodge School have been closed until further notice.”

“One emergency ambulance crew was dispatched following the incident. Following assessment and initial treatment at the scene, one patient was transported to the Royal Victoria Hospital.”