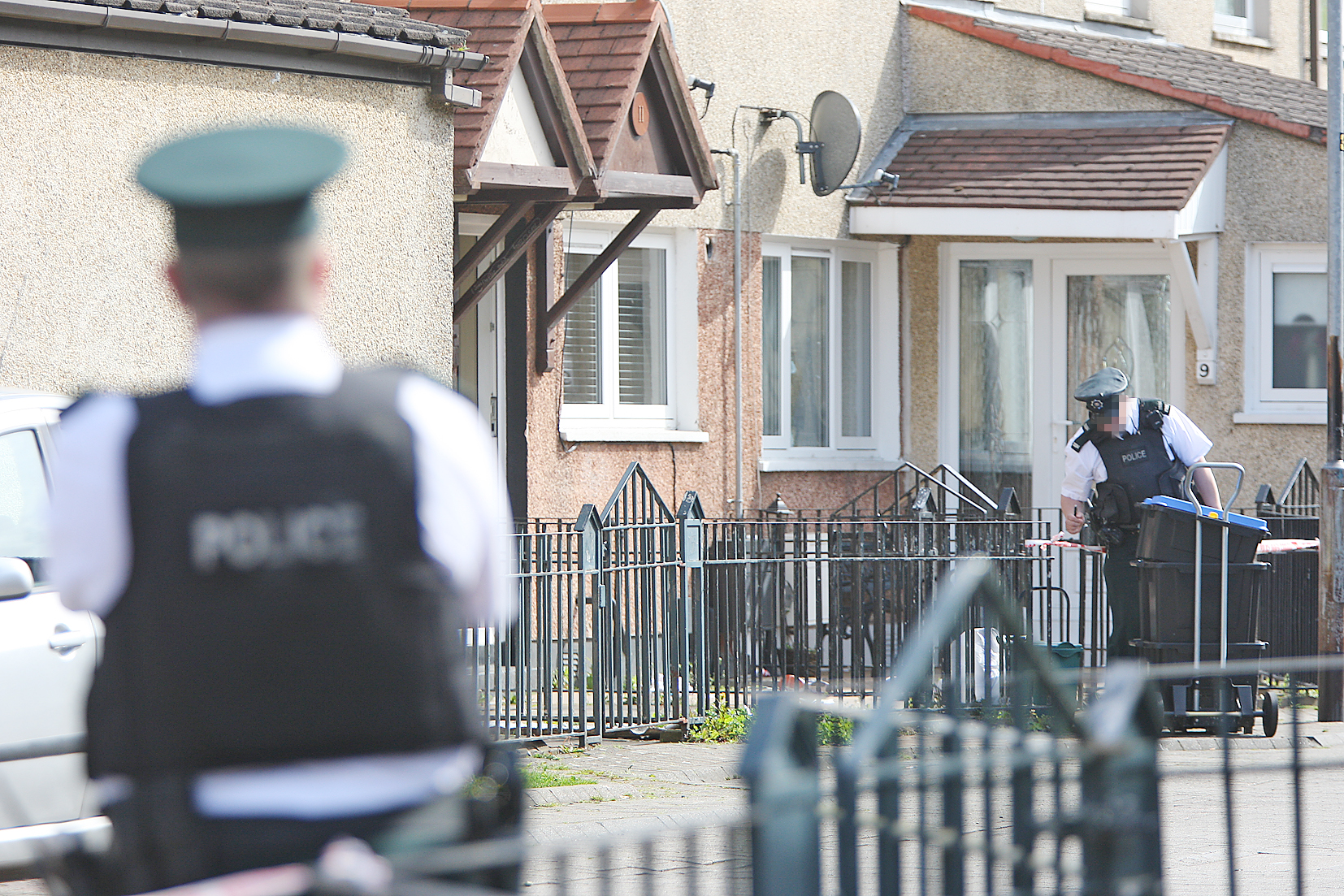 Police at the scene of this mornings shooting

A 27 year-old man remains in a stable in condition in hospital after being shot four times in the Distillery Court area of West Belfast.

Unconfirmed reports suggest that the 27 year old was chased on foot from the Market’s area of the City to the home of a relative in Distillery Court, where he was shot in the head, chest, arm and foot.

A woman who comforted the man on the scene said: “I didn’t hear the shots but I saw the man coming out of the door, I ran over to him with a few other people, one person rang the ambulance and we just kept talking to him to try and keep him awake. I just kept telling him to keep his eyes open.

“I stayed with him until the ambulance came, he was semi conscious as they were putting them into the ambulance, there were a lot of people around.”

Sinn Féin MP for West Belfast Paul Maskey has condemned the shooting he said: “I absolutely condemn the shooting of a man in the Grosvenor area of West Belfast this morning. Those responsible need to taken off the streets. Anyone with any information must bring it forward to the police.”