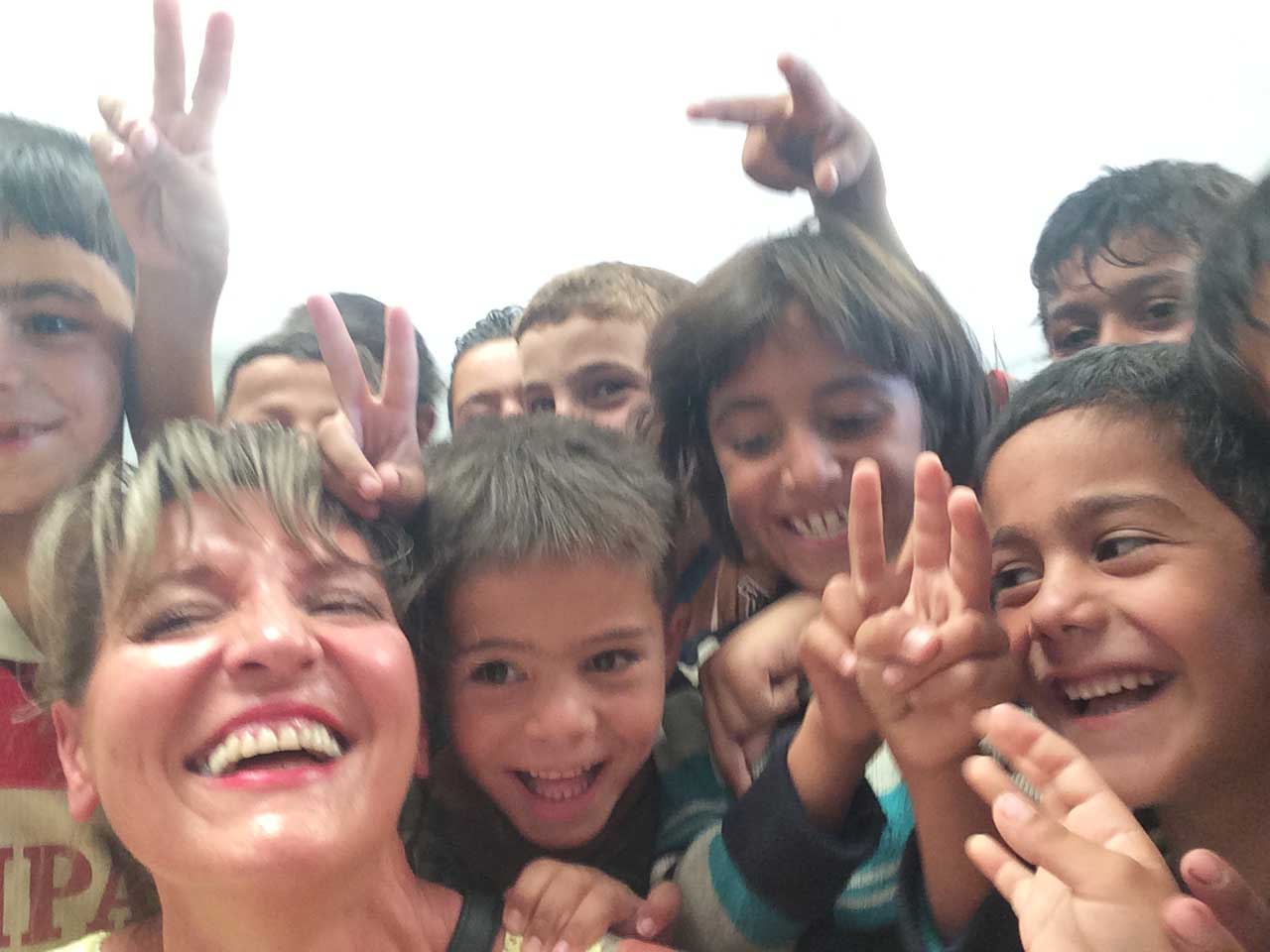 Martina Anderson pictured with children in the Zaateri camp

Desperate Syrian refugees packed into a camp in Jordan begged Sinn Féin’s Martina Anderson not to forget them when she visited the desert camp this week.

The MEP, who visited Jordan for three days and returned on Monday, said people here must keep up the pressure on politicans to help the four million people displaced because of the horrific war.

Calling into the Andersonstown News office yesterday (Wednes-day), the MEP was visibly moved by what she had seen in Jordan.

“One of the camps, Zaateri, has 80,000 refugees and 10 children are born there every day,” she explained. “Zaateri is just the tip of the iceberg as there are four million refugees fleeing the country. Jordan has one of the worst water supplies in the world and so the camp has a scarcity of water, food and electricity and is overrun with rats and diseases.

“We met people from all professions and none who have been forced to flee Syria and the war. These people are not economic migrants, they are refugees who had to make the decision to either stay in Syria and be killed by one of the 200 armed groups there or leave.

“The Middle East has been sliced and diced by western intervention for selfish economic gain by multi-nationals and it is up to the west not to ignore what is happening now but to help. These people’s lives have been wrecked and ruined and they think the world has forgotten about them.”

Ms Anderson said she told the desperate people in the camp that Irish people, from politicians like Martin McGuinness to the average person on the street, are doing all they can.

“This is the worst humanitarian crisis of our time,” she said. “When the history books are written, we won’t be seen as any different from the Nazis as the world is not doing enough, the world is standing by and letting this happen. I told the people I spoke with that Irish people have responded, people have organised themselves and collected provisions and that people want to help. This lifted their spirits.

“We all have a collective responsibility to help these people, these human beings. I heard about the worst experiences anyone could ever imagine and there is no question we need to help.

“My appeal to people is don’t be a common observer, don’t sit back and witness what is happening.

“Keep the same pressure that was reached when the photo of the dead child on the beach emerged. Everyone needs to step up to the plate and show these people that we do care, they haven’t been forgotten about and we will help.

“I promised I would report what I have seen because these people just want a chance to survive and to live their lives without fear of death, starvation or drown-ing.”