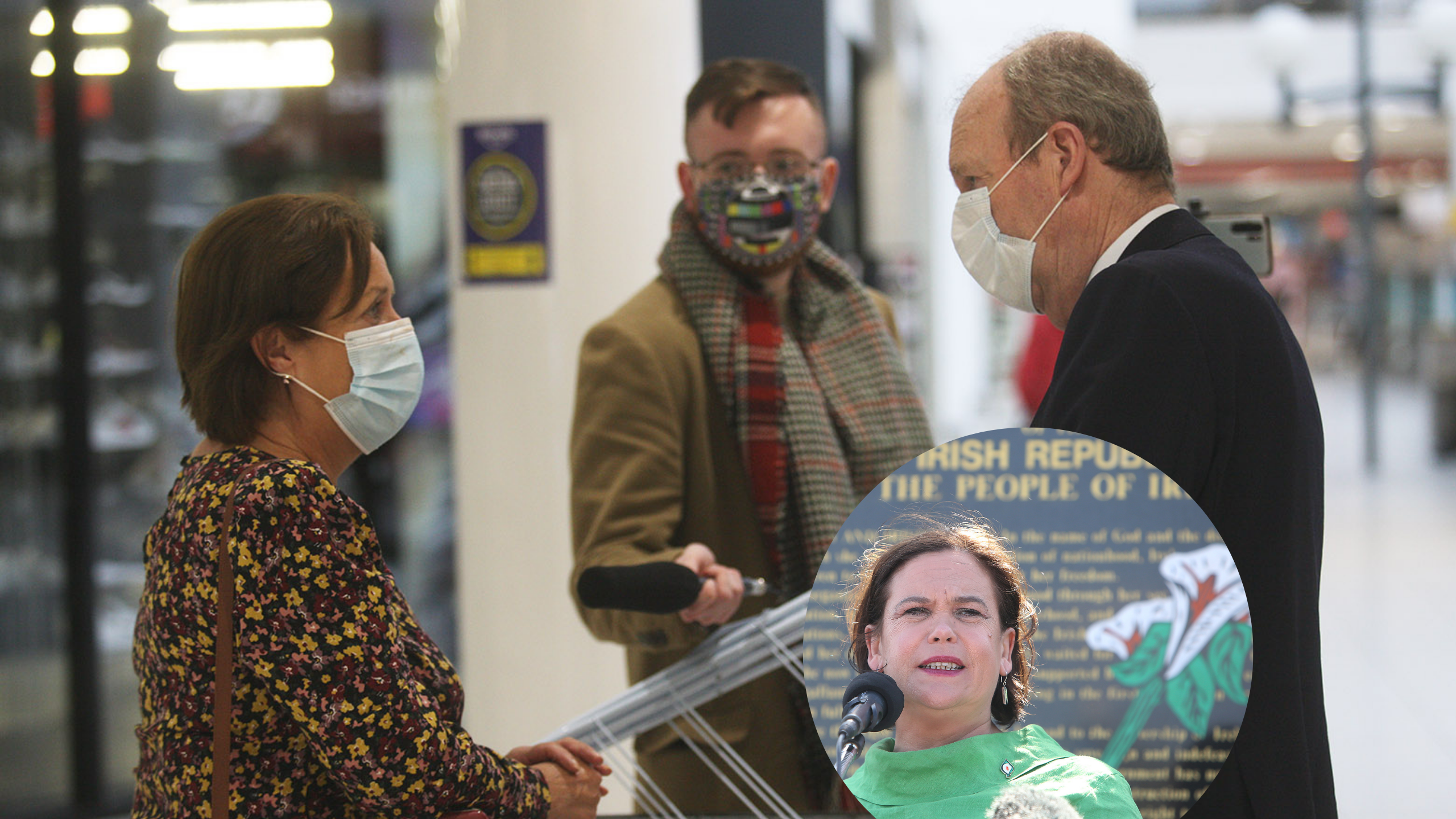 YOUR SAY: We visited the Kennedy Centre to hear your opinions on Mary Lou McDonald

THIS week we were joined by well-known commentator and former Minster for Transport, Tourism and Sport, Shane Ross on a visit to the Kennedy Centre to hear what you have to say about Sinn Féin Uachtarán, Mary Lou McDonald.

As Sinn Féin continue to lead the polls on both sides of the border, having topped the Red C poll in the South for the first time last weekend, it is  now possible that Ms McDonald will be the next Taoiseach. Meanwhile, after the May 2022 Assembly election, we could see a Sinn Féin First Minister in the North.

Mr Ross, in the past often a trenchant critic of Sinn Féin, is writing a biography on Mary Lou McDonald which he says is “not intended to be either a hatchet job or eulogy.” He was keen to hear what those on the ground in West Belfast think of the Sinn Féin leader and how she compares to her predecessor, Gerry Adams. We invited him to join us at the Kennedy Centre for a vox pop to find out. As Shane posed the questions, we recorded the exchanges on video and reproduce highlights below.

Across the board, the opinions of those in the shopping centre were fairly positive. Rosin Begley said that she thought Ms McDonald was "brilliant" and if she was a candidate in the North, she would do very well. When asked if she misses Gerry Adams as leader, she replied “I do very much, but Gerry and Mary Lou are great people.”

Meanwhile Moya Dornan said that she thinks Mary Lou McDonald is wonderful. “I think she is a great leader. I thought Gerry Adams was a great leader too but it is nice to see a woman in power and I think that she is very capable and she has a similar outlook to Gerry Adams on Ireland, Irish freedom and peoples rights. She stands up for us very well” she added.

“I think she is one of the best things that has happened to Sinn Féin and I hope that one day she will be President when Ireland is eventually united. She is very good with people and winning people over.

“She is very personable, she comes across as very understanding regarding people issues and she is very popular in areas like West Belfast” he added.

Elsewhere, Michael Mohan believes that she is doing a good job for her party.

“We don’t know much about her up here. At the minute she has been coming up and she seems to be bringing Sinn Féin forward in the South” he said.

Great to hear people in West Belfast's views on Mary Lou . It will all appear in biography along with other fresh material on the woman who may well be Taoiseach. I will disappoint you : it is not intended to be either hatchet job or eulogy. Don't prejudge it . Full of surprises

“She seems to have been able to do things right when they need done, for instance she was able to get rid of the two ladies in Derry. I suppose that she seems to be doing a good job for Sinn Féin and the people who support Sinn Féin.”

Gerry McCool added that he thinks Mary Lou will make a fantastic leader. “She has got everything that we need. People up here think that she is a wee bit more Dublin orientated...but as time goes on I think the like of Mary Lou will be good for the whole country.”

“She is on the ball and up to speed with what is happening at all times. I haven’t seen her being tripped up much” he added.

However, Gaeilgeoir Ruairí Mac Gráinne from Andersonstown said he couldn't support the Sinn Féin leader due to the party's support for abortion.

And, in a sign of political apathy, a number of young people that we spoke to didn’t know who Mary Lou McDonald was.