Mater maternity bypassed by GPs in favour of the RVH 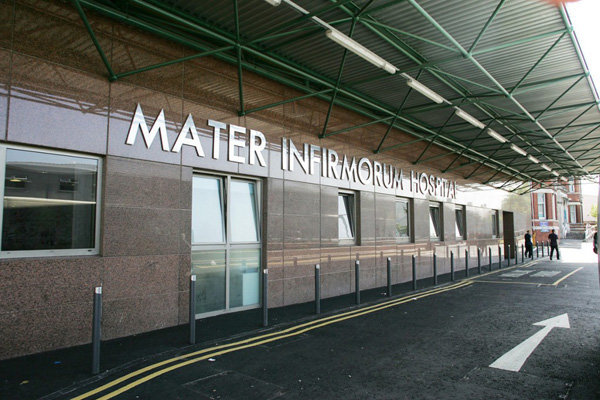 A lack of referrals by GPs to the Mater Hospital maternity service is piling pressure on the Royal Victoria Hospital and forcing the redeployment of staff to West Belfast, the North Belfast News can reveal.

According to a senior midwife with the Belfast Trust, some GPs don’t even know the Mater midwife-led unit – one of the most advanced in the whole NHS and with one of the best safety records – even exists and are bypassing North Belfast when referring expectant mothers.

The Mater switched from a consultant-led unit to being midwife-led in 2013. The new unit can deal with non-problematic births but despite a 25 per cent increase in women having their babies in the unit in 2106, it is only dealing with a quarter of the annual births it did pre-2013.

That’s leading to a knock-on effect whereby the Royal is under extra pressure and midwives in the Mater are being asked to travel to West Belfast to help out.

The midwife said they had been working hard to get the message out that the Mater is open for births.

“We need help to spread the word about our services,” she said. “There’s still one or two GPs, despite a lot of PR, who don’t realise there well is a service here, and a well-established service. We’re not quite sure what else we can do to spread the word. They are not up to date with the research. It’s a battle.”

Within midwife-led units a figure of between 250 and 300 births is “quite reasonable” she said, but to alleviate pressure on the Royal she added the Trust wants them to have around 700 per year.

“When the consultant-led maternity services were removed from the Mater it did have a huge impact on the Royal because we had over 1000 births a year. We have managed to retain some of those but women who would have had their babies in the Mater before are now going to the Royal and that is partly why their staffing issues are becoming even worse.”

Midwives are now bypassing the GPs by educating women though contact with community midwives and mothers’ groups to let them know of the services they offer.

Work on a brand-new £57 million maternity facility is to begin at the RVH in December – when completed it will have capacity for 8,500 births a year, making it the largest in the NHS.

A spokesman for the Trust said: “Belfast Trust takes every opportunity to promote our midwifery-led unit in the Mater Hospital to the wider community as well as to local GPs. Our hospital and community midwives are active in GP surgeries, at community health open days, and at the local maternity liaison committee meetings. There are also a series of posters and leaflets which are available on line and in local surgeries. These include the leaflet ‘Now You Are Pregnant’ which is available in local chemists.”