Maze was eye-opener for actor Tom 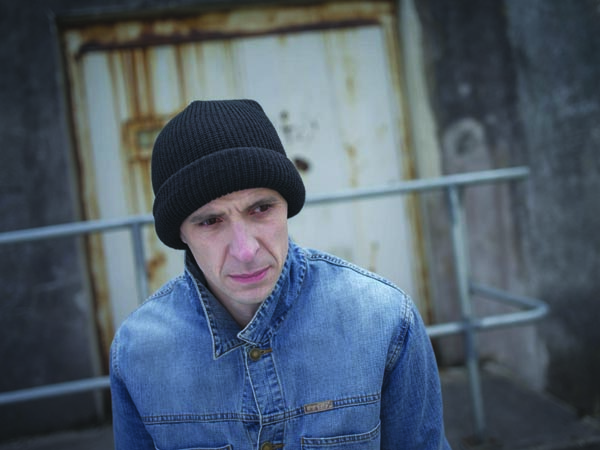 The legacy of the conflict is daily news in the north and no recollection of past incidents can be retold without the danger of re-traumatising loved ones.

But what everyone knows, and few will say, is that for the movie business, the Troubles threw up some incredible stories that are ripe for dramatic retelling.

This is the reason that just months after the release of Maze, work is already underway on another retelling of the 1983 ‘Great Escape’ from Long Kesh under ‘In the Name of the Father’ director Jim Sheridan.

But if Jim is to overcome development problems he will have to pull out all the stops to beat last year’s depiction of the escape.

Speaking to the Andersonstown News, Tom said he didn’t take on the role lightly and did what he could to learn as much about Larry Marley as possible.

“You do all the research you can and you meet people and their experiences. A script will present a partly fictionalised version of him so you’re balancing both but I think when you’re playing someone who existed you have to be very sensitive because there’s people alive who loved him and knew him.

“It’s a very tricky balance and; it’s not that it was daunting but I was very sensitive to the face I was playing, a very well known man in Ardoyne and someone who was a very vivid character and I suppose very dynamic man when you hear all these amazing stories.”

The dramatic events of Larry’s life were to follow him after he was murdered by the UVF, with his coffin unable to leave his Ardoyne home for three days amid a cordon of heavily armed RUC men determined to prevent an IRA funeral.

Tom said he was aware he was playing an extraordinary character.

“I suppose in one way I felt very close to him but then there’s only so much you can do in film and humans are so complex – (but) I did feel an intimacy," he said.

“Before the film I had heard of him but when you seen the footage of the coffin trying to leave the house – wow. To have a loved one die in that way and with that intensity…. he lived a very full intense life.”

Tom is a veteran of dramas which feature northern Troubles related politics. His most famous role as Nidge in RTÉ drama Love/Hate saw him battle dissident republicans, and in Peaky Blinders his South Armagh IRA commander met a sticky end at the hands of the Birmingham mob.

Researching these roles, he says, has increased his knowledge of Irish history.

“It’s a strange thing living in Dublin, knowing the north but feeling so removed – like it’s another planet. It’s hard to explain how you’re very physically close but so far removed. When I visited I was always surprised how small it is and then Ardoyne, my God, it’s a warren. You’re amazed at how to this day it’s still very confined and amazed at the stories you hear about operations that went on.

“It struck me how young they were, far younger than I am at the moment. My own life mirrored men of that age, what they were involved in and their being consumed by this conflict and their families and children and wives and parents. It must have been terribly stressful.

“It’s been so eye-opening. When Maze was in development I read around it and Northern Ireland and it is slightly, not embarrassing, but when it comes to Irish history I feel I should’ve known more. When you read about it it’s quite sobering. But that’s the great gift of being an actor. You can educate yourself on history, art psychology – it’s a profession where you should be interested in learning about the world.”

This newfound knowledge of local issues was essential for the publicity events.

“We did a lot of press in Dublin and Belfast. In Dublin the questions were political but more about the process of making the film. About 35 per cent politics and rest dealt with performance and characterisation.

“In Belfast 95 per cent of the questions were political but we knew that and welcomed that. It’s quite inspiring because we hadn’t been asked questions with that level of intensity before. When you do a project about Northern Ireland you have to be able to stand by it’s politics and back that up in interviews so you get quite interested in the subject and that’s very exciting, it keeps you on your toes a project like this.”

If the international press was bowled over by Tom’s acting then local audiences will have been equally impressed with his Belfast accent. In all the dramatic representations of the Troubles it’s clear it’s not as easy to pull off a Belfast accent as you may think but Tom says he has played enough northern characters to find his rhythm.

“At the moment I’m doing a play in the West End – The Birthday Party – where I’m playing a Belfast man. I think my accent goes to Monaghan a bit but not as far as Scotland!

“Accents are a funny thing and I work with (Belfast-based voice coach) Brendan Gunn who is a really brilliant man. For Maze I watched lots of recordings of Larry, including the extraordinary interview where he’s on the couch with his wife, talking about life in the Maze. That’s a five-minute audio that I watched again and again.”

Maze is available now on DVD and digital download from Lionsgate.