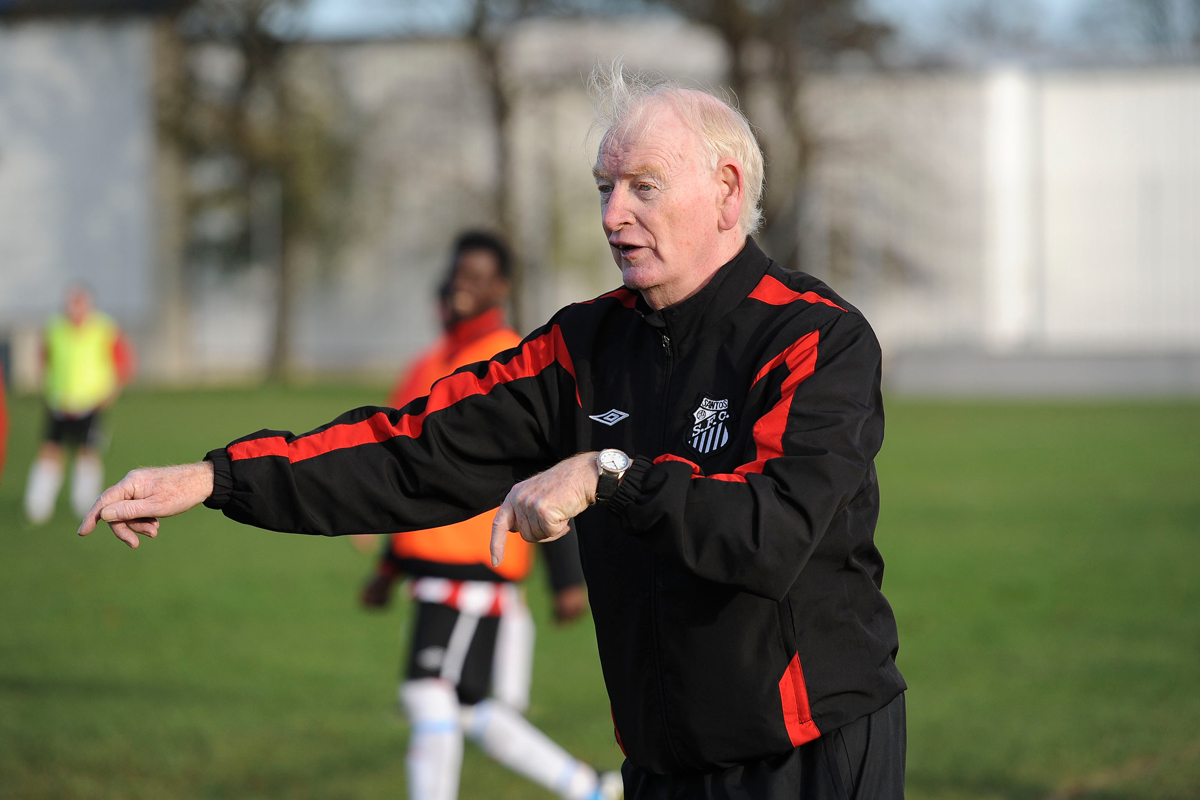 When both teams had their respective league fixtures called off late, this hastily arranged friendly helped both sides avoid the dreaded winter ‘lay off’ and allowed all players to get a much needed game.

It was a game that Santos had apparently sewn up after 70 minutes when they were 5-1 up and in cruise control.

However, they managed to concede three late goals again but still emerged worthy winners of a pulsating game.

‘Lazio’ McCarthy continued his dazzling form again and was prominent in all of the early attacks.

He was brilliantly supported by his young partner Tom Kennedy whose lay off and support play was exceptional.

Bravery is another weapon in the youngster’s locker and it was illustrated well when he forced home McCarthy’s cross.

Crewe responded 12 minutes later as Mark Tweedie got the first of a classy hat-trick.

Then, as if on cue, McCarthy was upended as he bore down on goal and Aidey Hughes put the penalty away with his usual aplomb.

The icing was added to the cake when McCarthy bamboozled his marker with an outrageous piece of trickery and blasted home.

Gerry Brady astutely took a quick free to Robert Clarke and, for the second game running, the left midfield man fired a rocket to the roof of the net.

The second half was a carbon copy of the first except that the goals didn’t come as rapidly.

Crewe were more determined and threatened more with direct balls into the box, but CJ Archer, in goals for the second half, proved what a fine keeper he is with two masterful saves before Santos apparently put the game out of reach with the fifth goal.

This time Kennedy turned provider for McCarthy to race through, round the keeper and slot home.

Now manager McGeehan used the chance to give his fringe players a game, so off came Brady, McGeehan, Kennedy and Clarke and on came Jamie Hunter, Barry Devlin, Ryan Clarke and Malam Sanha. Young Hunter showed his credentials early on with his control and pace and twice only a coat of paint prevented him scoring as two clever lobs just faded past the far post.

A poor pass was clinically dispatched by Conor Delaney.

Hunter responded with a gem of a goal, using a change of pace to outstrip Connolly and slide the ball unerringly home.

It was the ‘siege lifter’ that Santos needed as time was running out for gutsy Crewe and although they scored a thundering goal in the 86th minute, Santos were comfortable at the end.

“It also allowed our injured skipper 70 minutes after long injury and his performance shows he is ready again for the title push.

“McCarthy’s rich vein of form continues and with a goal that went beyond description he shows he is our talisman.

“The young players coming in are inspired by him and are responding beautifully but the experience of the ‘old guard’ of Hughes, Brady and McNulty is keeping this great Santos run going.”

Santos travel to Dungannon to meet White City who did the Candystripes a big favour by defeating table toppers Corinthians on Saturday to throw the title race wide open.