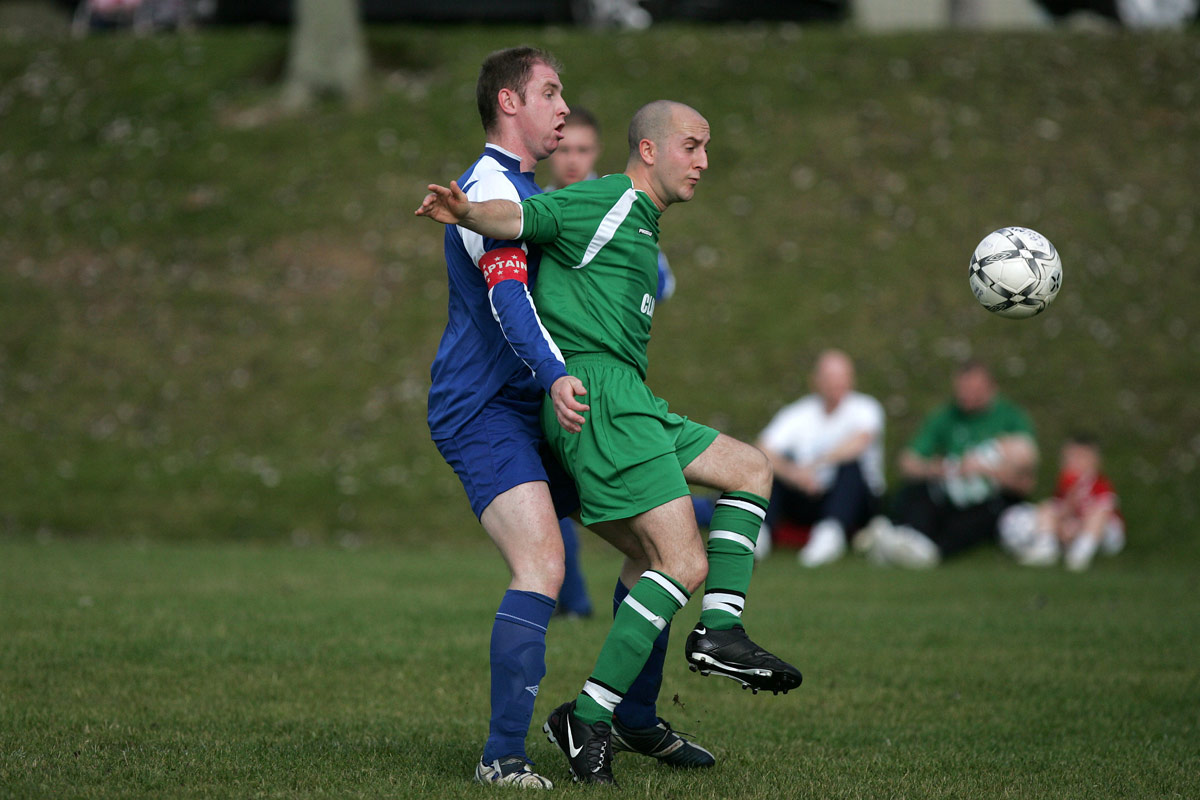 Both of these sides were tipped to challenge for the title this season so Crumlin Star were eager to put in a good performance.

They did just that with a show of devastating finishing and quality football throughout.

A scintillating first half display from Barry McKervey produced a hat-trick and an assist as the Star bulldozed their way to a 4-0 half time lead.

McKervey put the Star in front as early as the sixth minute when he found a bit of space on the edge of the box and curled a delightful effort into the top corner.

Paul Berne had a glorious chance to double the Star’s lead minutes later but could only hit a defender on the line from five yards out.

From the resulting corner McKervey’s first attempt was initially cleared but when the ball came back out to him he once again found the far corner.

McKervey then turned provider for the Star’s third goal when his pin-point cross found the unmarked PJ O’Neill and the big striker sent a bullet header into the back of the net.

Just before the interval McKervey grabbed his hat-trick when he cut in from the left flank and this time with his right foot he curled yet another screamer into the top corner. Half-time: 0-4.

With the damage already done the home side was playing for some pride and they gave a better account of themselves in the second period.

Rathfriland were awarded a soft penalty on the hour after Savage was accused of upending the home side’s striker, the same player took the resulting penalty and sent Thompson the wrong way to make it 4-1.

Soon after it was the Star’s turn to get a soft penalty when Ciaran Burns went on a lung busting run from his own half and after beating two players he was then sandwiched by another two inside the box for the referee to point to the spot once again.

Up stepped McKervey to fire the spot kick home for his fourth of the day.

Murphy, McNeill and Whelan all came on with 20 minutes to go and went straight into the thick of the action as Murphy squandered two clear chances after being one-on-one with the keeper. This week the Star are at home to Lisburn Rangers in the Irish Cup at Solitude, kick-off 1.30pm.