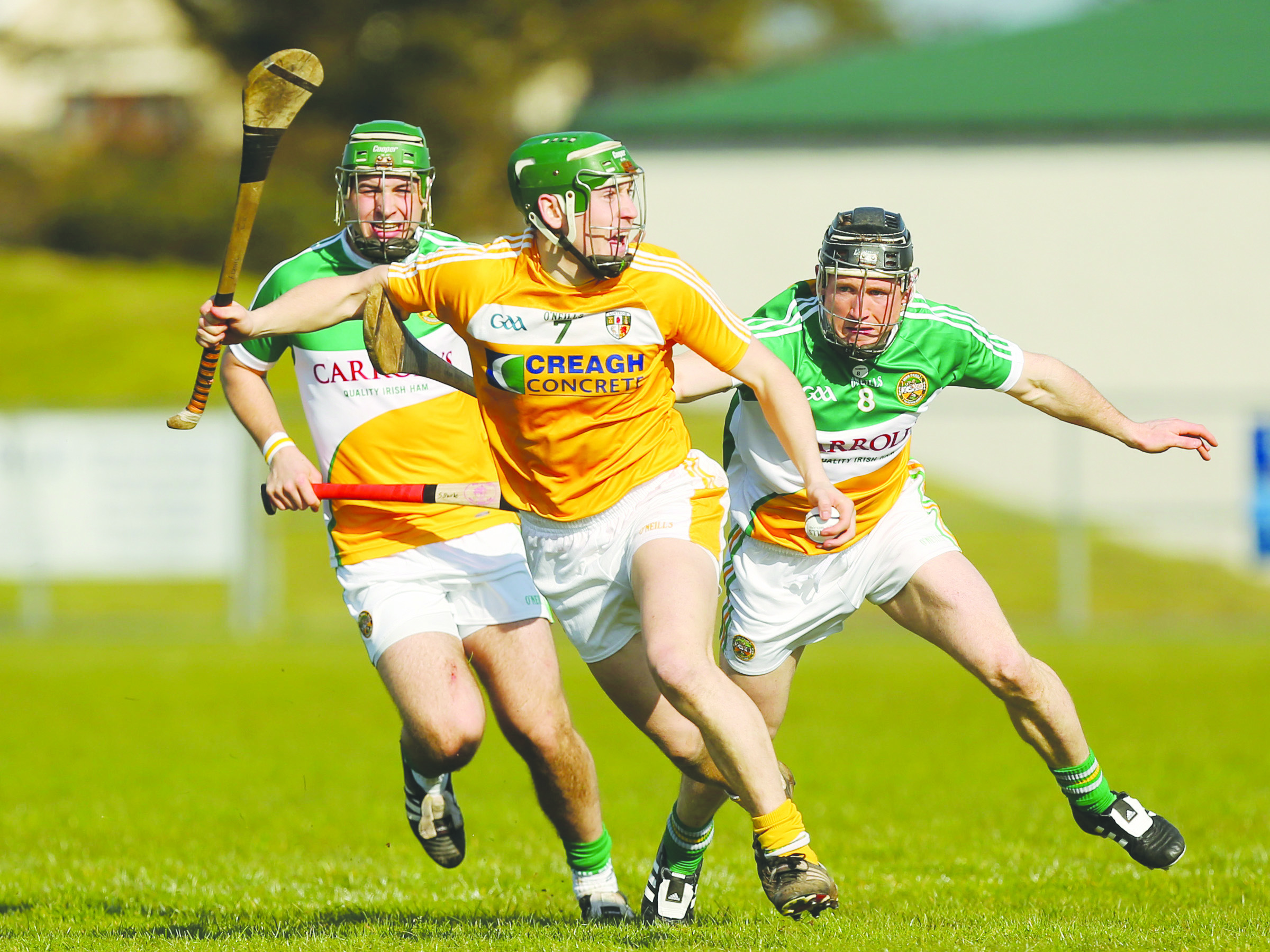 ANTRIM’S hurlers will travel to the Athletic Grounds in Armagh this Sunday in the knowledge that victory can leave them with at least one foot in the 2A final.

Indeed, an Antrim win alongside a Carlow victory at Kildare will guarantee a final meeting between the Saffrons and Barrowsiders with one round of games left to play.

However, nothing is being taken for granted in the Antrim camp ahead of their trip to the Cathedral City with joint-manager, Terence ‘Sambo’ McNaughton warning that his players will face a highly motivated Armagh who are battling for survival at the opposite end of the table.

While Antrim will travel as favourites to bank the two points, the Cushendall man says they can’t take anything for granted and will get nothing easy against the Orchardmen.

“Everybody expects us to win these games, but I keep telling people that Antrim have no right to beat anybody. We have to earn the right,” he stressed after Sunday’s two-point victory over Kildare in Cushendall.

“We are in Division Three (2A) hurling because that’s where we are.

“The other teams are there because they’re there, but the good thing about today is that it keeps everything in our own hands and we aren’t relying on anyone to do us a turn here or there.

“Whether we meet Kildare, Carlow or Westmeath later on in the year, we have a big game next against Armagh and that’s the only game we are going to focus on.”

Meetings between Ulster sides can sometimes turn into wars of attrition and that was a similar story against the Lilywhites on Sunday when Antrim passed up several goal chances and were forced to hang on a little at the end as they eked out a two-point win to keep their promotion hopes intact.

“When Antrim goes to play Armagh, Down or Derry they are up for it and play with a great enthusiasm,” McNaughton continued.

“Antrim is the team that everybody traditionally wants to knock-off in Ulster and has been over the past three years, so it’s easy to motivate a team against us.

“No matter what you say, people think Antrim should be dominating Ulster hurling, but there are days when you end up in a dogfight.”

Antrim were dealt an early blow last Sunday with Paul Shiels forced off with a hand injury, but McNaughton said there were no bones broken and the Dunloy man should be available this weekend.

Neil McManus was introduced for the dying moments against Kildare as he continues to come back from a broken cheekbone although he may be held back from a starting berth again this week as a precaution although ‘Sambo’ admits his fellow clubman is keen to return.

He was keen to praise the efforts of his players so far this year including some of the new faces and has urged the Antrim public to get behind the team rather than criticising.

“I’ve been around a lot of Antrim teams as a player and manager, but that is a great group of players who all care about Antrim,” he said.

“People say about their hurling and that there are people there who shouldn’t be and all that, but they are the group of boys who started off and fair play to them for that. They want to win and they are fighting there.

“When you lose ‘Shorty’ (Paul Shiels) in the opening minutes and then (Neil) McManus (not fit to start) and that there, they are two big players for us, but there have been younger fellas stepping up.

“Young Stephen Rooney stepping up from Division Four hurling doesn’t look out of place there and that’s a credit to him and his club.

“Those boys went nine weeks without a hurl in their hand and we wanted to see who had the character to stay on.

“I think they deserve a wee bit of credit from the Antrim public.

“Antrim supporters need to be a bit more appreciative of them because they do care about Antrim hurling and they are fighting hard.”