Meet the West Belfast MPs who do take their seats 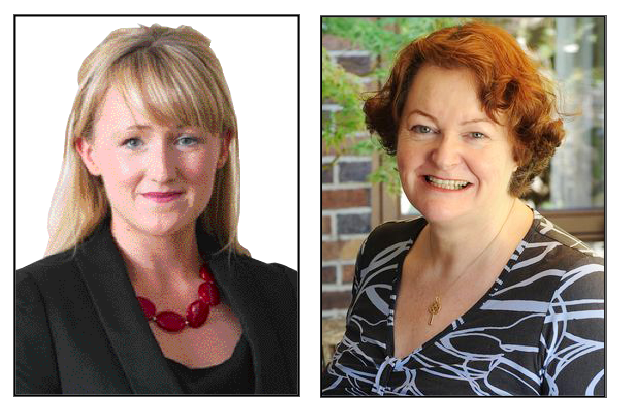 The Sinn Féin man has been joined by Dr Philippa Whitford of the SNP and Labour’s Rebecca Long-Bailey, who both have close ties to the area.

Dr Whitford was raised in Owenvarragh Park adjacent to Casement Park stadium and in an interview with a Scottish newspaper even described the now-shuttered public library in Andersonstown as her biggest influence.

Her family left West Belfast just as the Troubles took hold in 1969 when she was just ten years old and moved to Scotland. However, her connection to Belfast remains, as she returned later for stints as a surgeon at the Royal and City Hospitals.

As a respected physician, a speech Philippa made regarding the dangers of NHS privatisation in Scotland went viral during the Scottish independence referendum campaign last year. Building on that momentum she joined the SNP and won her seat in Central Ayrshire in the May landslide.

“It’s been pretty hectic and pretty strange since the election,” Philippa told the Andersonstown News.

“It can be quite hard to get a grasp of what you can achieve once you’re inside the chamber, but I have great faith in this group of SNP MPs. We come from the real world and that’s already made such a difference at Westminster.

“There is a lack of devolved leverage in the face of an onslaught of austerity and that means if you aren’t living in the south-east of England you are going to be in real trouble over this next five years of Tory government.”

She added: “We’re working alongside the SDLP and other parties at Westminster in order to mitigate the worst impacts of those cuts to the regions as well as demanding greater devolved powers.”

With regards to the reception of the Scottish independence campaign in the north of Ireland, Philippa admits it may have been “complicated” for many.

“For both sides of the community in Northern Ireland it is complicated but everyone should recognise the deep shift that has taken place in Scottish and British politics in its wake.”

Meanwhile, Rebecca Long-Bailey, who replaced senior Labour figure Hazel Blears in the traditionally Labour constituency of Salford and Eccles in May’s election, describes her Galway mum and Andersonstown dad as two of her biggest political influences.

While her dad left for Manchester in the 1970s, Rebecca regularly visited West Belfast growing up and still has extended family in the local community, including her paternal grandparents.

“Both my dad and my mum were big influences on my politics growing up, being a working class family and seeing the struggles they went through,” she said. “And Salford historically has strong links both to Ireland and to the Labour movement. Growing up Irish in Manchester during the Troubles definitely had an impact on me politically.

“It’s been good but bizarre since being elected.

“There’s so much procedure to get used to, sometimes you’re passionate and just want to give the Tories a piece of your mind but it’s not that easy.”

Like Dr Whitford, Rebecca says that one of the key motivating factors in her standing for election as an MP was the threat of NHS privatisation.

“What really got me involved was the reorganisation of the NHS which the Tories forced through in 2010. At the time I was a solicitor working with the NHS and I saw the damage it was doing, how they were attempting to strip away the last vestiges of the welfare state. Losing the election was devastating and five more years of Tory rule is going to have an impact on people right across the UK and Northern Ireland.”

In the upcoming Labour leadership contest the 35-year-old has thrown her support behind left-winger Jeremy Corbyn.

“I’m backing Jeremy as he’s the one that best represents my values as a socialist. And he was also one of the few people willing to stick his neck out in the past to help the peace process in Ireland.”