OPINION: England's Covid calamity was replicated here but have lessons been learned? 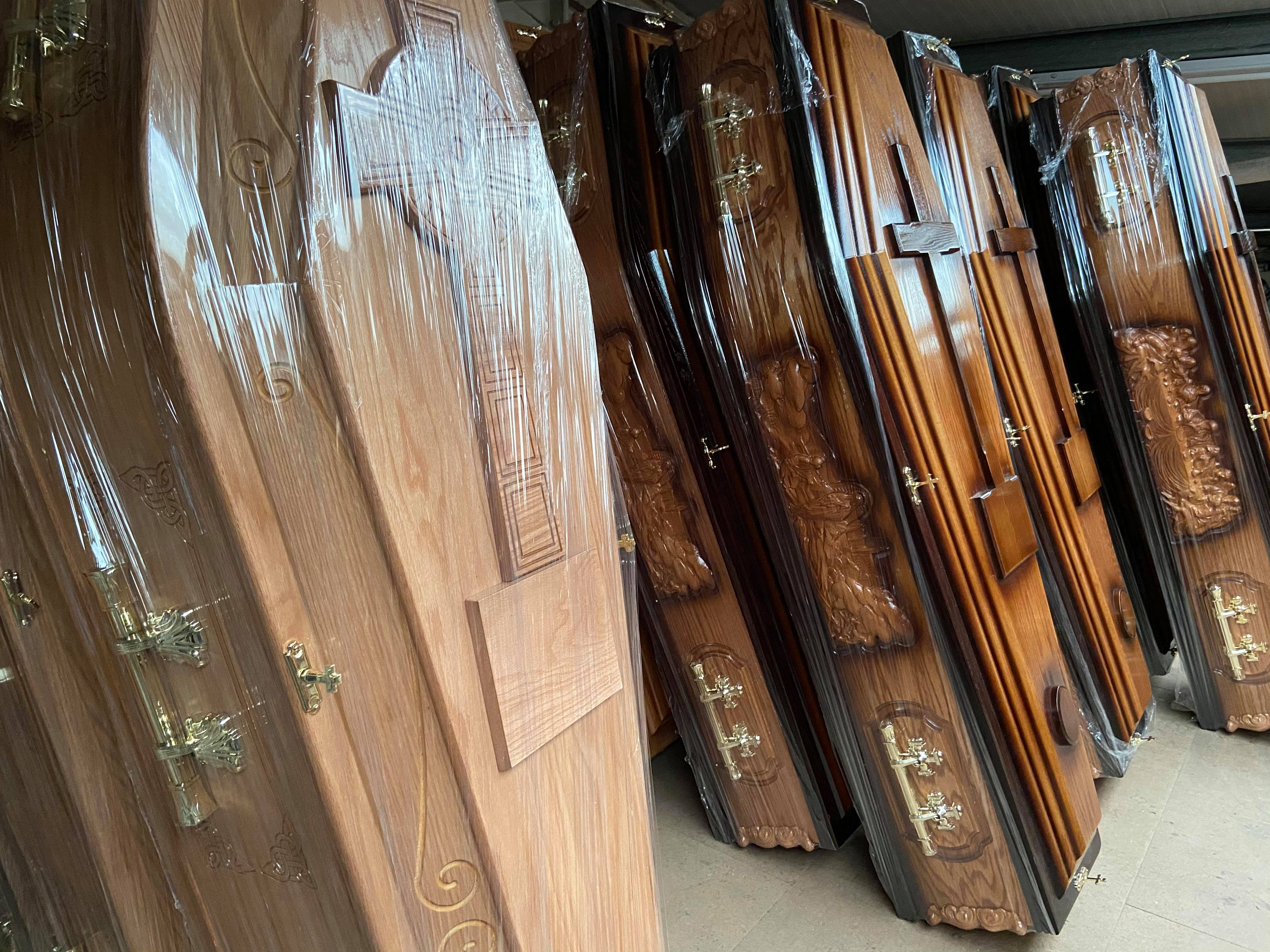 Sometimes it’s hard to resist the theatre of politics at Westminster, especially when a once mighty SPAD and reputed bully tries to bring down a Prime Minister and a Health Secretary. Three hours might have covered it but Dominic Cummings needed seven. He just couldn’t resist going on about his pet theories of government by dictatorship, how he heroically tried to bring order out of chaos and telling us that 'The Thick of It' wasn’t the half of it.

At one point in the early weeks of the Covid crisis, says Dominic Cummings, the deputy cabinet secretary Helen McNamara walks into Boris Johnson’s office to deliver her professional assessment of the situation: “I’ve come through here to tell you I think we are absolutely fucked.” That was on 12 March 2020, a date that is memorable for another reason as it is the date testing stopped.

McNamara, who left her cabinet post for the private sector in February of this year, had just discovered that there was no plan: “I’ve been told for years there’s a whole plan for this but there is no plan”. Boris Johnson knew this, of course, as within days of his arrival in Downing Street in the summer of 2019, he scrapped the special pandemic cabinet committee, otherwise known as THRCC – the threats, hazards, resilience and contingency committee. This was on the advice of the cabinet secretary, Sir Mark Sedwell, who wanted to free everyone up for getting Brexit done.

There was no plan. There was no pandemic committee even though the threat of a pandemic was number one on the risk register. But there had been some planning, until the collective insanity of Brexit took possession of Westminster. There was Exercise Cygnus (2016), a full-blown dress rehearsal for a pandemic based on bird flu which placed participants a couple of months into a hypothetical outbreak, with 400 thousand dead and the NHS overwhelmed.

LESSONS NOT ACTED ON

The lessons of Cygnus were not acted on. In keeping with British state tradition, the findings of this exercise in how to prepare better for a public health emergency remained secret until, that is, they started to be leaked during the first months of the real pandemic. The Cygnus report was eventually published in October 2020 after an NHS doctor took legal action against the Health Secretary who had taken the position that the report was too scary to publish and would spread public panic.

The Cygnus Report was only scary in the sense that it was embarrassing for a government that had done nothing with it, in particular about recommendations on supplies of PPE and ventilators. Crucially, the Cygnus exercise had identified the lack of care home provision as a serious weakness, especially in the event of care homes being asked to take in patients discharged from overwhelmed hospitals.

This backstory was of little interest to Dominic Cummings who, in early January of 2020, was busy trying to recruit “weirdos and misfits” to work for him in Downing Street. In translation, this seems to have meant surrounding himself with mathematicians, physicists and data scientists who could take advantage of special access to government datasets, especially medical records, and then subcontract work to his mates in the likes of Faculty and Babylon Health.

We note in passing that people in England have until 23 June to opt-out of NHS Digital’s process of dumping 55 million GP patient records into a giant database. A similar project was halted in 2016 after complaints about the lack of data protection and concerns over commercial exploitation of the data. If the project is blocked again, maybe some Russian hackers could grab the data behind the scenes.

The flaw in the Dominic Cummings' testimony was not simply his attempt, pre-public inquiry, to place himself on the side of the angels – “herd immunity? Not me guv.” It was the lack of any attempt to seek advice from public health experts with direct experience of epidemic management in various parts of the world, and to take seriously what was happening in other countries. Initially, the public did not know what scientific expertise COBRA and Downing Street were relying on. Not that it mattered to Boris Johnson who couldn’t be bothered with COBRA meetings at the start. Even the membership of SAGE and its papers were secret which is why indie_SAGE and its Irish cousin ISAG came into being.

As is now well-established, Downing Street took an exceptional approach to the pandemic based on the idea that the more people who caught the virus, the quicker the population would become immune (see Devi Sridhar). So testing was pointless, banning mass gatherings such as the Cheltenham Festival was pure killjoy, and closing schools was unnecessary. This herd immunity mentality changed fairly quickly and there were denials that it ever existed as a policy – rather like shoot-to-kill and collusion. But some critics maintain that the mentality is still very much alive when it comes to school children.

What has this got to do with Ireland? In the North, quite a lot. In the South, less so. The North depended on Public Health England for supplies of PPE and tests, and in wave one, followed policy decisions on testing, the discharge of patients to care homes, delayed lockdown and use of the private sector.

The South explicitly followed World Health Organisation and European Centre for Disease Protection and Control guidance, even if it was constrained by lack of equipment in the early days and run-down public health infrastructure, as in the North. What quickly became clear was that comparing outcomes North and South was difficult because of different levels of testing, differences in death registration data and, in particular, different approaches to travel within Ireland and on and off the island.

One of the most contentious issues is around protection measures at borders that potentially take advantage of our island geography. The North/South memorandum for Covid cooperation does not stretch as far as an agreed policy for quarantining those arriving on the island. With different rules North and South, it is not difficult to get round the 14-day quarantine rule that applies to people arriving in the South from Britain – just make an alternative arrangement via the North (though this is currently against the rules).

Until the South introduced testing and quarantine rules for external visitors in February of this year, the virus and its variants were free to enter Ireland. The South went from having the lowest infection rate in Europe in mid-December – less than 6 cases per 100k population – to 133 cases per 100k by 10 January. The variant first identified in Kent was seeded and spread liberally over the Christmas and New Year festivities. The total pandemic death toll doubled between 1 January and 10 March. It has now reached 4,941. Plus another 2,970 in the North. That’s a cumulative death rate of 117 per 100k of population. Hopefully, the vaccines have now put a stop to all that.

“If we opened up completely now, there’s definitely a risk of a significant further wave.”

Fmr Chief Scientific Adviser Sir Mark Walport says we must continue to be patient as the vital data informing opening up in June will only come in the next two or three weeks
#Newsnight pic.twitter.com/h5tbJeoZeI

Just at the moment when we’re tired of the Covid restrictions and desperate for normal social contact, new variants have arrived. A powerful article in The Lancet reminds us once again of the basic policy choice between strategies of elimination and mitigation. It shows that OECD countries opting for elimination – Australia, New Zealand, South Korea, Japan and Iceland – have fared far better than countries aiming at mitigation. The death rate has been 25 times lower on average, economic recovery has been quicker and lockdowns have been shorter and more geographically focused.

When there is a frank admission that “tens of thousands of people died who didn’t need to die” (Dominic Cummings), relatives of the bereaved will not only want a public inquiry to begin as soon as possible, they will also want justice and may even press for corporate manslaughter charges.

Looking back, we can see that none of the devolved governments wanted to be closely associated with Downing Street’s Covid policies and communications. They asserted their own policies on testing and lockdowns which may have had some success in lowering their Covid death rates compared to England.

To date 140 people per 100k in Scotland have died from Covid having tested positive (the rate is higher when death certificates mentioning Covid are counted). The figure for England is 200. So will the inquiry be UK-wide and be a hunt for who to blame? Won’t Scotland and Wales want a different type of inquiry outcome that ensures lessons are learnt quickly for the next time?

And what about Ireland? Should the North be part of a UK-wide inquiry or is it better off conducting a joint review of the successes and failures of North/South cooperation and comparing notes on test, trace, isolate and support policies? We need to sort this out urgently because the Covid threat will go on until vaccines and other measures suppress the virus and its variants in every part of the world.

We are a long way from that.