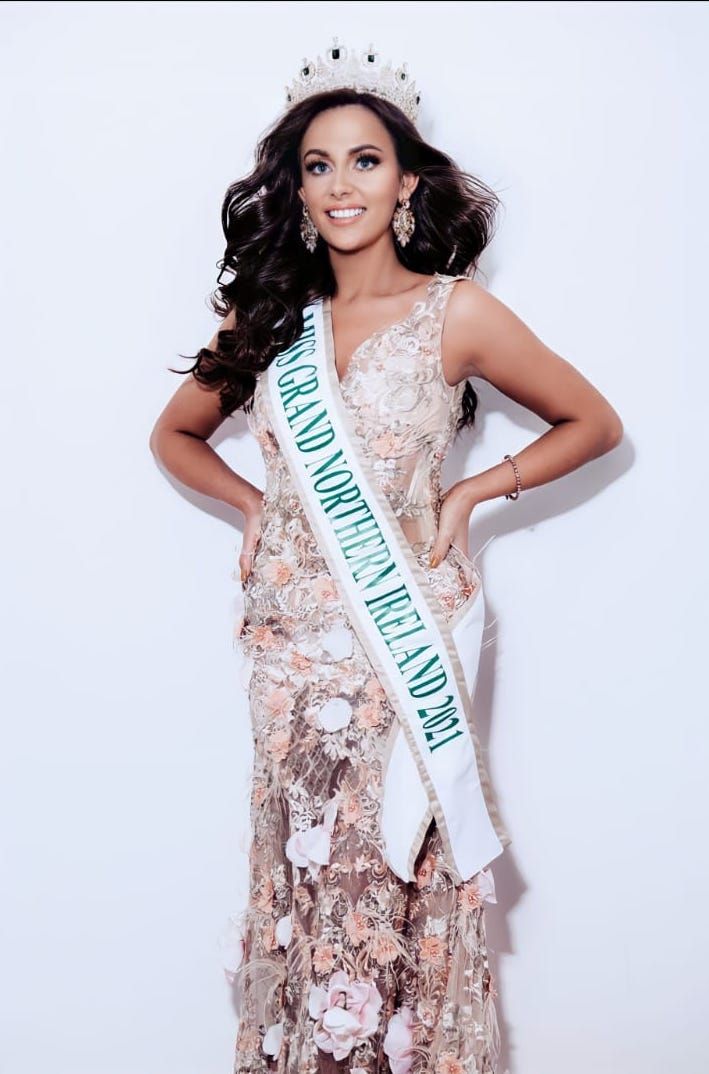 A POLEGLASS woman has told how she hopes to inspire others to success as she competes for the title of Miss Grand International in Thailand.

Former St Louise's pupil, Shannon McCullagh, will take to the stage in Bangkok on December 4, having earlier been crowned Miss Grand Northern Ireland.

Speaking to the Andersonstown News, the 25-year-old said she came to pageantry at a late age, but was encouraged to enter the Miss Earth competition due to her "core values" of environmentalism.

The Geography and Environmental Science graduate, who was 22 at the time, was initially sceptical, admitting that she was "quite tomboyish" growing up. Shannon went on to win the title of Miss Earth Northern Ireland.

"On the back of that they sent me to the Philippines to represent the country. I was like a duck out of water because all the other girls had been trained to do these things their whole lives," she said.

"Nobody had really showed me what to do, so I was just in awe of everything.

"But the feeling of representing your country, holding your flag up, being on a stage and doing interviews was really great."

With preliminary competitions for Miss Grand International getting underway in Phuket last week, Shannon said she hopes her journey will inspire other young women to use pageantry as a "springboard into professional and reputable careers".

"I've had to learn languages, try different foods, meet girls, and network with people all over the world," she said

"I started to look at pageantry in a whole different light, because for every two or three bad people you come across you meet a whole multitude of good people that outweigh the bad.

She added: "It's one thing to look pretty, but if you can't speak well or you're unintelligent then it shows through.

"They want a girl that's smart as well as pretty. The whole point of the interview process, rather than just getting on stage in a dress or bikini, lets the person's true qualities shine through."

Key to everything that Shannon does in the world of pageantry is her environmental activism, and she said the Miss Grand International competition could help champion the causes she holds dear.

"Environmentalism and sustainability is so current – it's the future – so to actually have someone that looks pretty and that people look up to being listened to by younger people would be great," she stated.

"It might actually get things done. Probably less than half of people care about the environment. I actually work with Ulster Wildlife so I'm out doing these things all the time. Even my colleagues talk about how even trying to get someone to sign a petition is like pulling teeth. Whereas if your own a platform like this and you share one thing there's probably no limit to the increase in support and awareness."

Being from a community like West Belfast, Shannon knows the difficulties faced by those who are "overlooked" by others.

She said pageantry offers countless opportunities that could open doors for people back home.

"Not that pageantry is a good distraction, but the opportunities that come with it and the way you mould yourself as a person is something that's worthwhile," she explained.

"There are a lot of great people in our community and West Belfast is often overlooked because it's deprived and people don't get the chances they deserve. If people see me doing something like this then what's to stop them?"