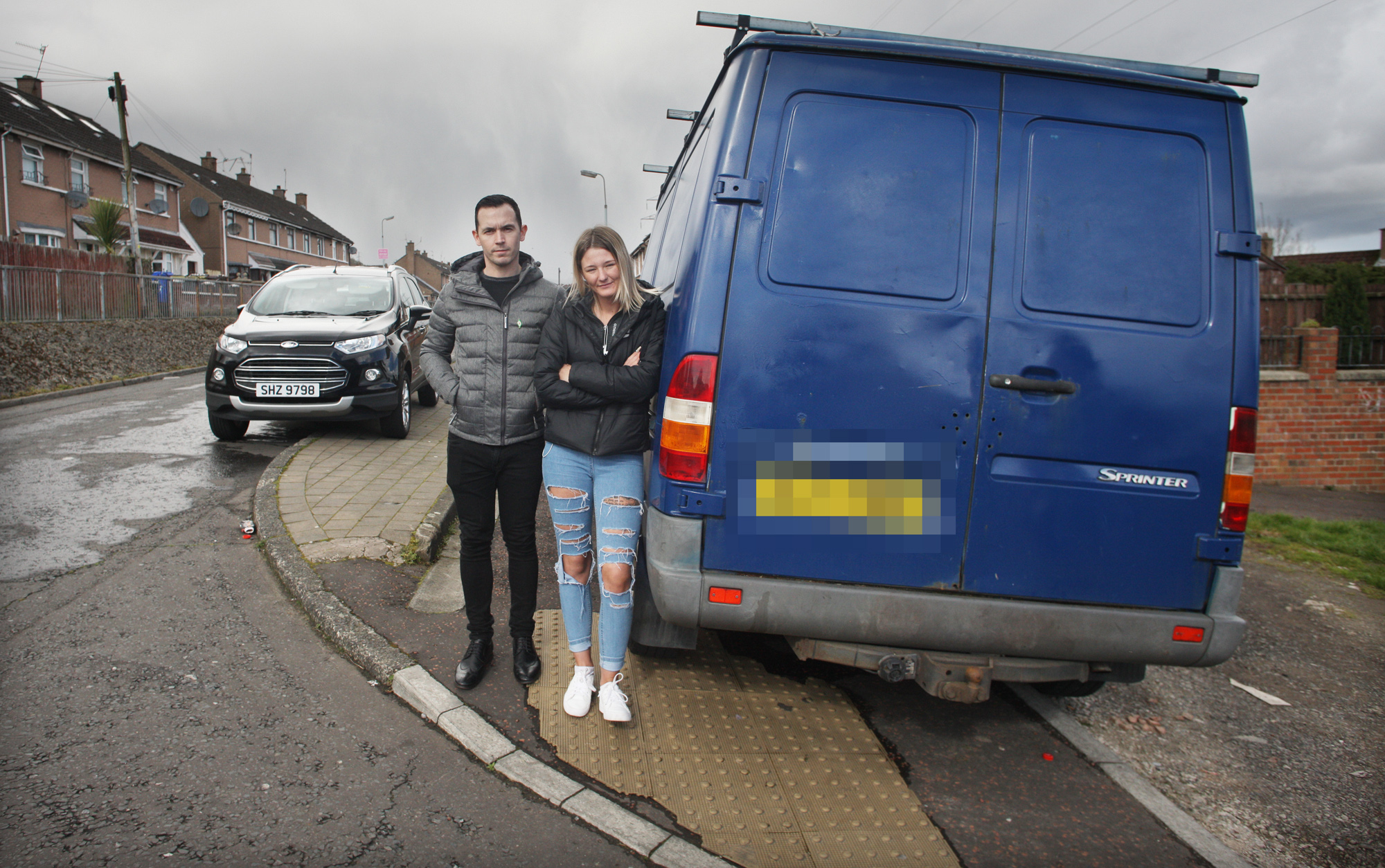 THE family of a young Turf Lodge teenager who is blind have called on motorists to show more consideration and to stop parking on tactile surfacing on footpaths which is intended to notify people who are visually impaired that they are close to the roadside.
And local Sinn Féin representative Micheal Donnelly has echoed those calls and is urging “greater consideration” from motorists in the Norglen Parade and Grove areas when parking their vehicles, due to the obstruction of tactile paving.
Micheal said he had been contacted by a family from the area whose 15-year-old son’s “quality of life” was being impacted daily due to the careless parking of some motorists who are parking over the textured ground surface.
“I was contacted by the family of a young boy, 15-year-old Tiernán Devine who is blind and who can’t get from A to B because of these parked cars and vans.
“We have engaged with the Department for Infrastructure (DfI) to repair damage that has been done to the tiles and the key message is to respect Tierán’s quality of life and do not park your vehicles here.”
Tiernán’s sister Shannon explained how important it is for her brother to be able to learn “three routes” in the area so that he would be eligible for a guide dog.
“The tactile surfacing wasn’t just put in for Tiernán, there are other people who are blind from the area.
“He’s walking into the parked cars and the vans; it’s an ongoing issue at the minute. He can’t access the pavement and it’s having an effect,” she said.