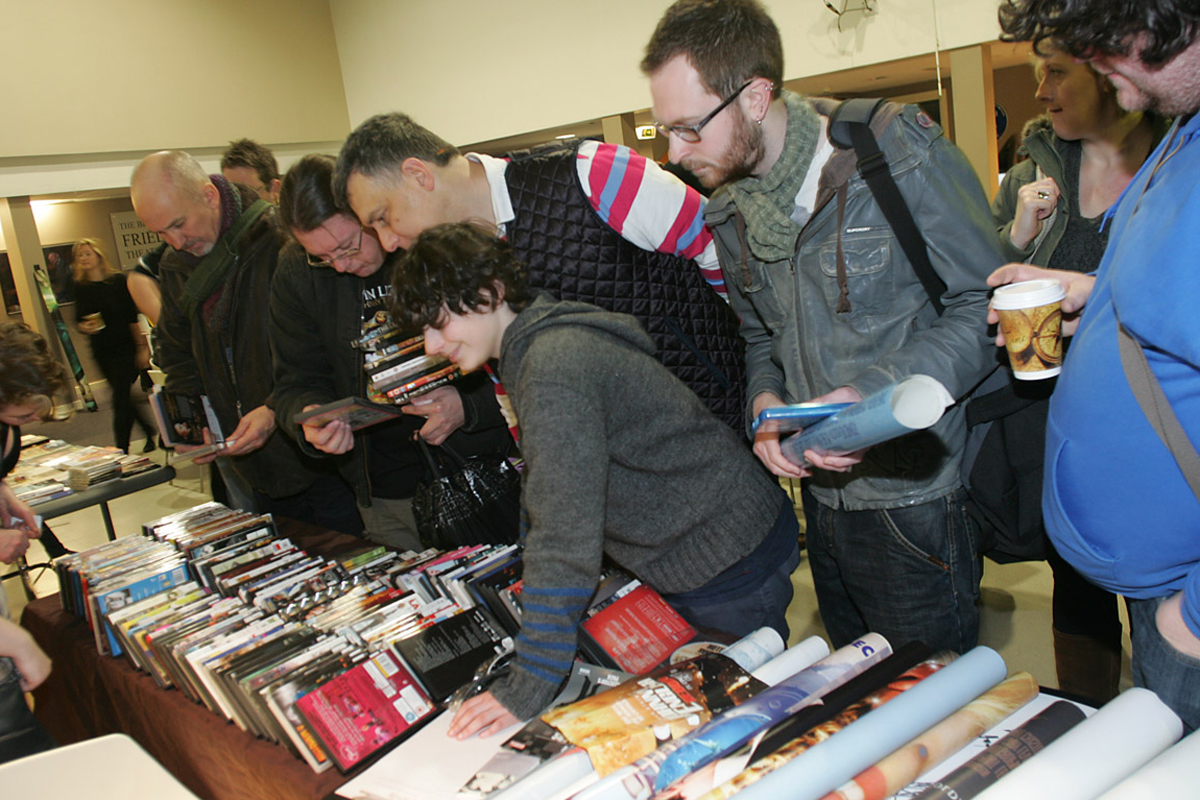 If Santa failed to bring you whatever film-related item you were after for your stocking fear not, because a South Belfast cinema has launched a new event allowing you to swap unwanted goods for what you actually desire.

This past Saturday (January 7) the Queen’s Film Theatre in University Square held its first-ever Swap Shop, at which local cinephiles were able to bring along various pieces of memorabilia and trade it for items others had brought along.

QFT’s marketing officer Sarah Hughes said the idea was one that had came about after listening to those who attend the South Belfast cinema.

“We knew from chatting to customers and friends that a lot of people had film-related DVDs, CDs, books, posters and even action figures that were literally sitting gathering dust.

“We thought with it being the new year and post-Christmas, we would open the cinema for this event and invite people down to try and get what they really wanted.”

Laughingly admitting she stole the idea from Noel Edmonds’ Multi-coloured Swap Shop television programme, Sarah said she was delighted with how the event went.

“It’s a bit of a different spin but it’s certainly another focus that no other cinema is doing. I particularly like that it’s a lo-fi way of people exploring new films or directors they may have heard of but not seen anything of.

“They were then able to get the DVD or book and it didn’t cost them anything, plus they were getting rid of stuff they weren’t using anyway, so everybody won.

“It was also a chance for us to show off the new bar we had installed here in August and the latest in a series of events we have held in it such as a singles night, short films and now this.”

Sarah said she hoped the event would become a regular one at the QFT.

“We’ve always been about more than straightforward screenings – we have done talks and introductions with our films where possible. We have also been doing a series where we pick a cult film and theme a night around it in the bar with drinks, music and costumes.

“The Swap Shop is one of our Unscripted: Adventures in Cinema events, which is about getting people to use the new bar but also looking at the QFT in a new way. Rather than just buying a ticket, watching a film and leaving, we want people to look at it as a different place to go in South Belfast.”