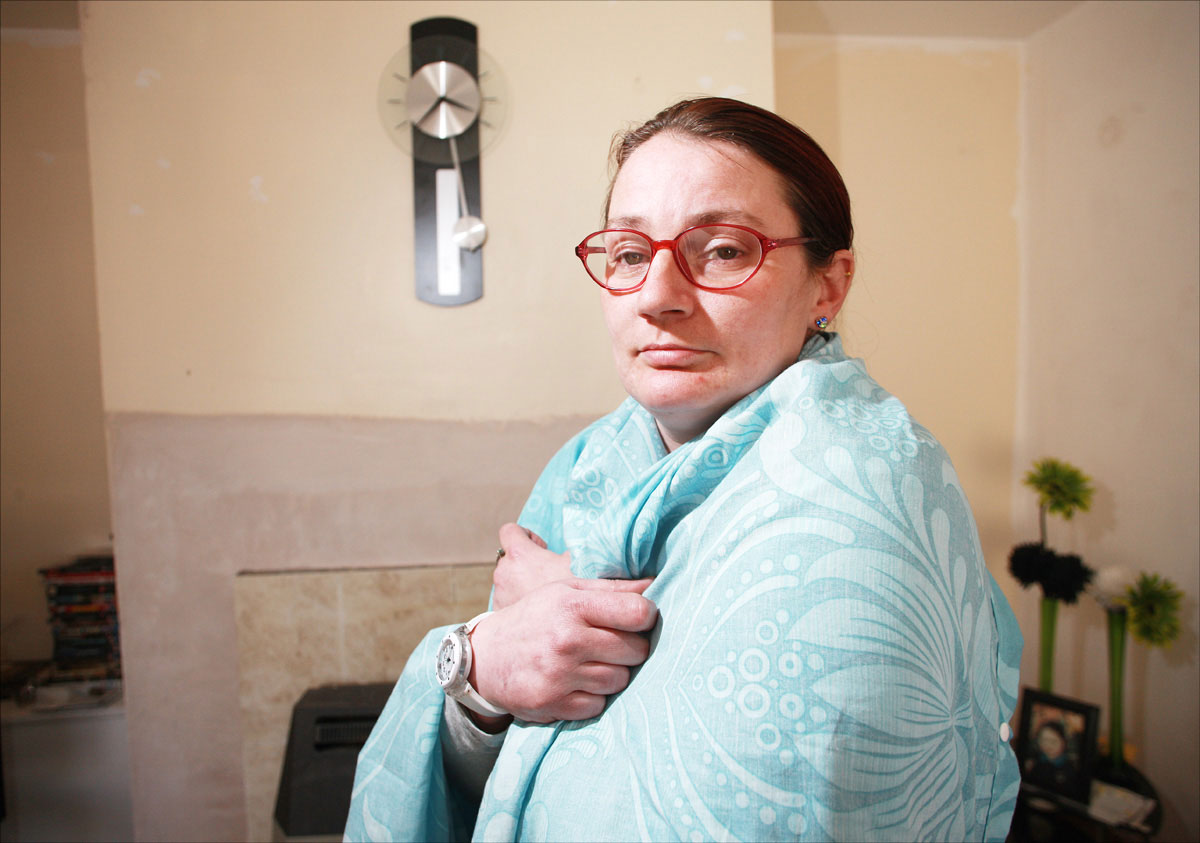 The mother of two who was forcibly evicted from her Ardoyne home by Óglaigh na hÉireann (ONH) last week says she was beaten with a baseball bat before being ordered from her house, and is facing up to Christmas without a home.

Monica Murtagh contacted the North Belfast News this week to deny she took part in anti-social behaviour, claiming the trouble stemmed from a party at her house where a fight broke out.

She insisted that claims that she takes drugs are wrong, and that medication found when ONH raided her home were for a serious liver condition she suffers.

“It was my daughter’s 17th on the Friday night (November 15) and we were having a wee party.

“There was a row started in the house by a local fella and when I told him to get out he smashed a window at the front of the house.

“He was steaming and we had a row out the front of my house.

“The next day I was lying on the sofa and these men kicked my door in and started trashing the house.

“They were wearing masks but when they came in they took them off right away and one of them said, ‘Monica, get out’.

“I said ‘no’ and then he hit me with a baseball bat.

“That’s when the peelers came and they disappeared out the back gate.”

Monica says she totally rejects the idea that she lived in a party house and was taking drugs.

“What they are talking about is medication I take for my cirrhosis of the liver. My GP can write a letter to back that up.”

She says she is distraught at what has happened.

“I have two children and now I am left homeless over Christmas. I can hardly walk after being beaten with the baseball bat.”

The North Belfast News was contacted separately by residents of Cranbrook Gardens who accused Monica Murtagh of holding parties in her house throughout the year.

“Me and the neighbours got on fine and the drug use claims are lies,” she maintained.