Needles found after drug users move into the New Lodge 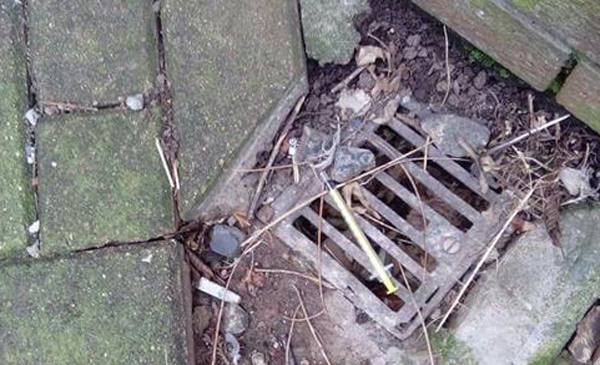 The needles were found at a drain in Hillman Street

THE discovery of hypodermic needles in a New Lodge street have been linked to a number of drug users from West Belfast who have recently moved into the district.

The needles were found dumped in a drain on Monday, leading to alarm amongst residents due to the number of children who play nearby.

Daily Belfast understands the owner of a property in the area had sub-let a room to a number of men from West Belfast who are known to be drug users. It is thought they were responsible for dumping the needles. They have also been linked to a spate of petty crime in the area. One resident, who did not want to be named, said there was serious concern.

“Things had been quiet lately but this has everyone worried,” she said. “There’s a lot of kids in the street and with the better weather on its way they will be out playing. We don’t need this.

“This is a good area but when you get blow-ins with problems it’s not fair that local people have to suffer.”

Daily Belfast understands PSNI officers are being trained on how to deal with drug addicts with needles due to the increasing number of incidents with hard drug users.

The PSNI have issued advice to the public on what to do if they come across used needles.

“Drug abuse is a complex societal issue, but police are actively playing our part in keeping people safe through the enforcement of drugs laws. We are working with our partner agencies, community reps and local councillors to tackle this issue,” said a spokesperson. “I would like to remind members of the public not to touch these items if they find them but to contact police immediately as they may prove dangerous. Police would also remind those who use needles of the risks to others they cause by discarding them so wantonly. Such items can be dangerous, especially to younger children who may not be aware what they’ve found.”