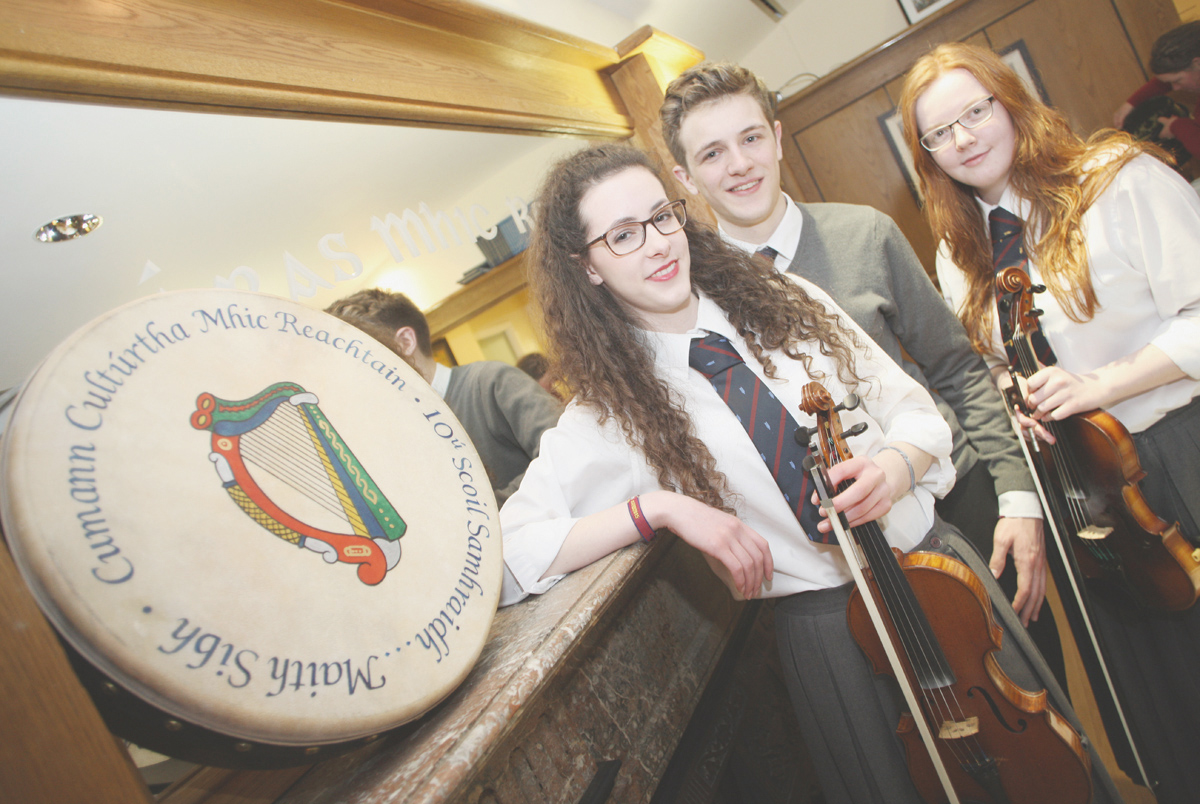 North Belfast’s burgeoning Irish language community has received more good news with the opening of a new centre that aims to promote the Irish language and culture.

Cumann Cultúrtha Mhic Reachtain (McCracken Cultural Society), which each summer hosts one of Ireland’s largest summer schools, has taken over the old Christian Brothers Past Pupils Union building on the Antrim Road.

It has been converted into a multi use facility with classrooms and recreation space that will be open to anyone interested in exploring Irish culture.

Art said the opening of the centre was yet another step forward for local Irish speakers.

“At the moment we have four Irish language nurseries in North Belfast and three primary schools, but what we didn’t have was a centre for adults where they could come and learn and socialise in a positive way that nurtures Gaelic learning. We have come a long way from the 1970s when if you were lucky you got a letter written in the Irish News a couple of times a year. Now we have over 50 bunscoils and naiscoils across the north of Ireland.”

Central to the establishment of Irish language infrastructure is the organisation Ciste Infheistíohta Gaeilge that was set up in the wake of the Hillsborough agreement to help centres like Áras Mhic Reachtain get established.

Ciste provided £160,000 towards the purchase of the Antrim Road centre, and organisation director Caoimhín Mac Giolla Mhín said it was an example of how they were facilitating the growth of Irish.

“The British government provided £20 million in the wake of the Hillsborough Agreement, £8 million of which went to capital projects which allows us to fund centres like this.

“With the growth of Irish language nurseries and bunscoils a large community of Irish speakers is being created and when they become adults they need centres like this to come to, and that is what we try and provide.”

Caoimhín said that his work would be much more difficult without the commitment to the language that has been shown by the Department of Culture, Arts and Leisure.

“DECAL have provided over £1 million to the Irish language sector and that is a big help, but what matters more is the technical expertise their officials can bring when it comes to trying to establish centres like this. Some of the other projects we fund are new-builds which brings planning issues into consideration. It is here that department officials can help us negotiate the red tape.”

Officially opening the centre, Minister Carál Ní Chuilín said she was delighted that the language was forging ahead.

“There is a growing Irish speaking community here in North Belfast and I am delighted to be able to support a facility which will nurture that community and allow it to grow.

“Irish belongs to everyone and organisations such as McCracken have an essential role in helping to address issues such as social exclusion by offering a place where everyone can come together and play their part.

“Áras Mhic Reachtain will give people of all ages, abilities and backgrounds the opportunity to engage with arts and culture and I urge everyone in North Belfast and beyond to make use of this fantastic facility.”

The Minister said the success of the Líofa programme that encourages people to take up the language was proof such centres were vital.

“Since Líofa was launched I have been overwhelmed by the numbers signing up to learn Irish and last week I announced a new target of to 20,000 Líofa learners by 2020.

“Places such as Áras Mhic Reachtain will build upon that momentum.”