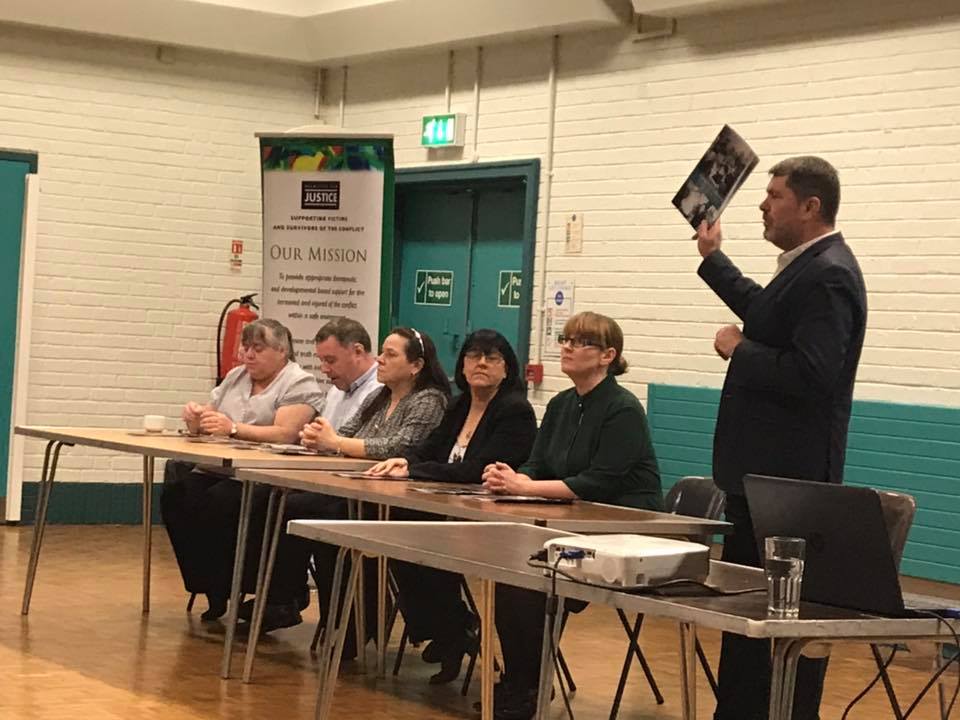 OVER 100 people gathered in the Glen Community Centre in Lenadoon last night for the launch of the special report into the circumstances of the death of Gerard Gibson (16).

Gerard was shot and killed on July 11, 1972 in Carrigart by the British Army, not far from the community centre. The original investigation by the RUC claimed that Gerard was killed by a misfire or explosion of the weapon he was alleged to have been holding and trying to use. The Gibson family have been actively campaigning for accountability, consistently challenging that version of events. The booklet chronicles the path the family and their late parents have walked in their struggle for truth and justice. It was also revealed that they recently received official confirmation that Gerard was indeed shot by the British army.

Speaking at the launch on Wednesday night, which would have been Gerard's 63rd birthday ,RFJ Case Worker Mary McCallan presented the timeline of events leading to Gerard’s death and the evidence RFJ have for reopening the case, an application which was denied earlier this year.

“The difficulty is that the Attorney General makes clear witness evidence we have is in the aftermath of the shooting," she explained.

"At present we have no accounts from people present when Gerard was actually shot. Therefore, we would once again appeal for witnesses to this fatal shooting to come forward and speak to us confidentially.

“We need your help to get justice for Gerard and we deserve justice, truth and finally closure.”

Thanking the community for coming out to support them at the event, Gerard’s sister Margaret echoed the call for witnesses. “We would like to thank everyone for their support and we appreciate everyone coming here tonight, especially the families who have also had a loved one murdered. We all want justice for our families,” she said.

“It’s 46 years now since he was taken from us. To those people who were there that day, July 11, 1972, I would ask you to come forward and speak to the family or RFJ in confidence and I extend that invitation to anyone with any information which could help us in our search for truth and justice."