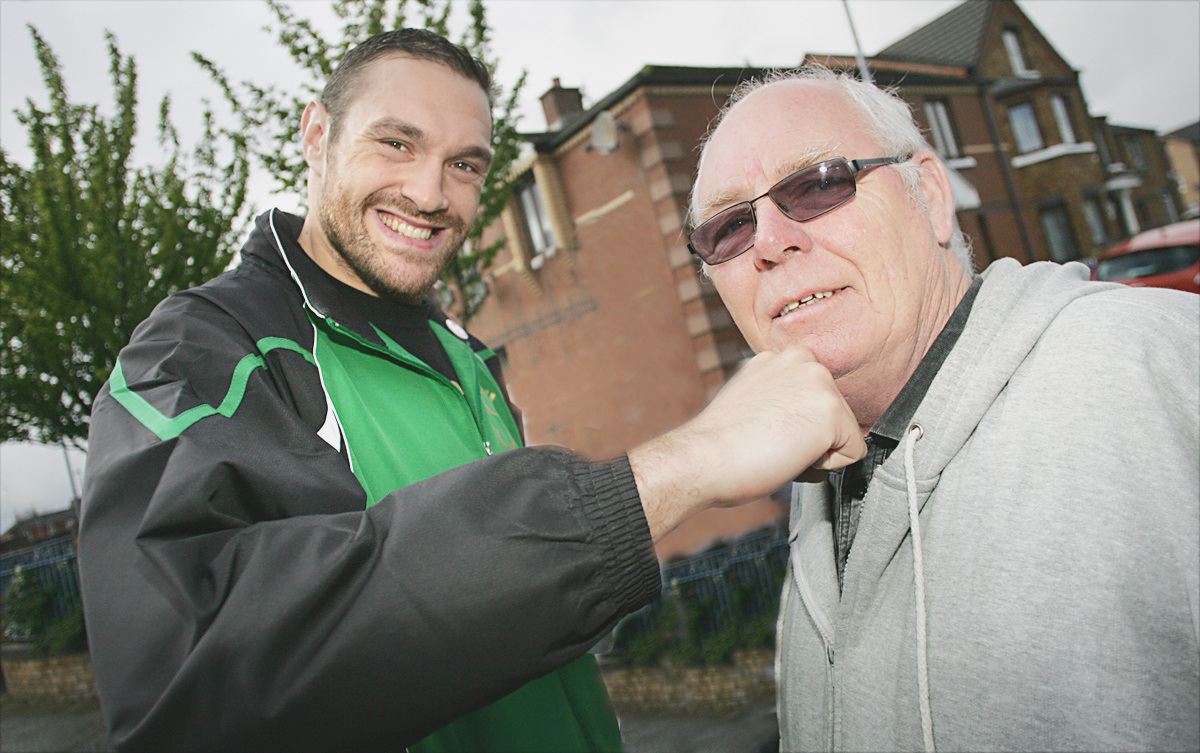 Fury became a world star after outpointing Ukrainian champion Wladimir Klitschko in Germany at the weekend to take three title belts in a shock upset that rocked the world of boxing.

Frank Dempsey said he invited Tyson Fury to the Carrick Hill centre three years ago and was surprised when he turned up.

“He was very down to earth and very obliging,” recalled Frank. “He had lots of time for everyone and spent about three hours with us altogether.

“I am friends with someone who was looking after him when he was in Belfast and was able to get the invite to him. He spent about three hours with us and every kid that came in got time with him and an autograph.”

“We still have the boxing glove he signed for us hanging up in the gym, along with the other boxers who have visited us,” said Frank.

Born in Manchester, Tyson Fury traces his family roots to Ireland and boxed for Antrim as an amateur. He was a regular in the Holy Family gym and Gerry Storey told the North Belfast News his talent was evident from an early age.

“He was the type of guy who didn’t respect anybody in the ring,” he said. “Tyson always had talent and it’s what attracted me to him. I took him to America with Ireland and he knocked out the American number one ranked amateur and then the American number two. I took him to Poland then and he took most of their boxers out in a few rounds too. People don’t realise that he is an Irish international fighter.”

As well as causing problems for other boxers in the ring, Gerry says the 6’9” fighter posed problems outside as well.

“He’s huge! When he was with us we were lucky getting him in the gym cause his head was nearly hitting the roof beams!”

Gerry said Tyson always calls in on his visits to Belfast all there are looking forward to seeing his new belts.­

“He always makes time for us,” he said.