NI budget deal to go before House of Commons 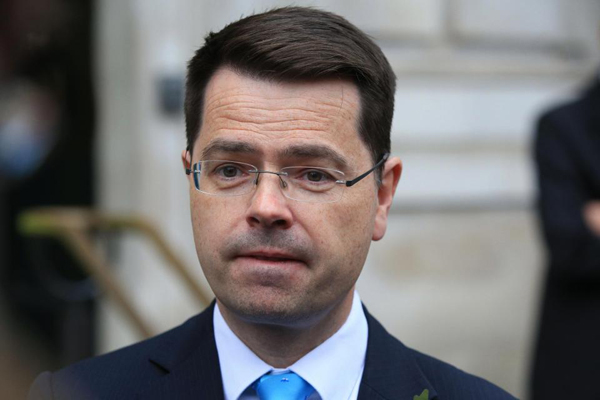 NI Secretary James Brokenshire says public services will begin to run out of money if a budget was not in place by the end of November.

THE Budget bill for the north will go before the House of Lords later today (Tuesday).

It was passed through the House of Commons on Monday after being backed by all parties.

NI Secretary James Brokenshire previously said that public services would begin to run out of money if a budget was not in place by the end of November.

He also told the Commons of he regrets having to bring a budget to Westminster but remained hopeful an Executive could be formed.

“The passing of budget legislation should not be a barrier for negotiations to continue,” he said.

“The ongoing lack of agreement has had tangible consequences for people and public services in Northern Ireland.

“This is a step that I do not intend to take while there is an opportunity for an executive to be formed.

“This measure I am taking with the utmost reluctance and only because there is no other option available.”

Sinn Fein leader in the north, Michelle O’Neill, said a deal is only possible if DUP and British government uphold equality.

“It is clear that the Tory government’s priority at this time is to sustain its political pact with the DUP,” she added.
“Theresa May and her party have acquiesced in their own self-interests to the DUP blocking the equality agenda and denying rights which are the norm in all other parts of our islands.
“Sinn Féin remains committed to the restoration of the institutions and the Executive.
“However, they only have value if they enjoy the confidence and support of the people they were established to serve.
“They only have meaning if they are delivering fairly for all our people based on the principles of equality and mutual respect on which they were founded.
“If the DUP or anyone else wish to exercise political power in Government in the North of Ireland now or in the future, then the cost is to embrace a rights-based society and equal partnership government, which works for everyone.”
DUP Deputy Leader Nigel Dodds welcomed the budget move as the ‘right thing’ to do in the absence of a deal to restore devolution.

Meanwhile, the first £50m of the £1 billion deal agreed between the DUP and the Conservatives will be released this financial year.

The funds will be made available for health and education.